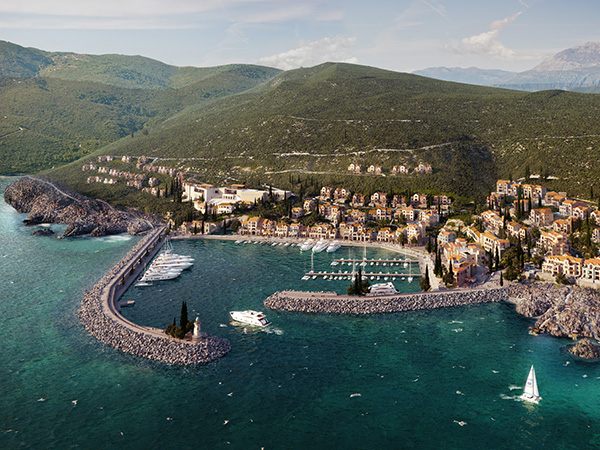 Luxury hotel brand The Chedi is set to open its second European property in Lustica Bay, on the coast of Montenegro.

Hotel completion is expected in mid-2018.

Luštica Development AD company, a subsidiary of Orascom Development Holding, constructing one of Europe’s most coveted escapes, Luštica Bay on the coast of Montenegro, has confirmed the first five-star hotel partner with world-renowned luxury hotel brand The Chedi.

The Chedi Lustica Bay, which initially established its name in Asia and the Far East, continues its push into Europe with the Luštica Bay project.

After GHM established cooperation with Orascom in Andermatt, Switzerland, where ODH is constructing a luxury year round village, the Luštica Bay project represents The Chedi’s second European hotel.

“It is with great pride that we announce the agreement with GHM to bring The Chedi brand to Luštica Bay.

“This is a significant milestone in the development of our project,” said Darren Gibson, chief executive, Luštica Development, which is developing the Luštica Bay project.

“The Chedi is a perfect fit for Luštica Bay, given the synergies in the brand ethos of both companies.

“This agreement reaffirms our commitment to the highest quality development and firmly establishes Luštica Bay at the forefront of luxury tourist destinations in the region,” he added.

The expansion of The Chedi coming to Montenegro showcases a thriving destination with exclusive and memorable offerings for tourists.

Preparatory construction works on the hotel site have already commenced and its completion is expected in mid-2018.