Hawaiian Airlines has selected the market-leading 787 Dreamliner as its flagship airplane for medium to long-haul flights.

As part of the selection, Hawaiian intends to purchase ten 787-9 jets from Boeing, valued at $2.82 billion at list prices.

The Honolulu-based airline, which has steadily grown its award-winning service connecting the Hawaiian Islands with Asia and North America, had been conducting an extensive evaluation of its airplane requirements.

In selecting the 787, Hawaiian will be able to take advantage of the Dreamliner family’s superior fuel efficiency, range and passenger-pleasing features to enhance its operations and open new routes profitably.

Hawaiian will use a number of new aircraft transition support services from BGS, including Training and Initial Provisioning to ensure a successful and on-time entry into service.

The 787-9 can carry about 290 passengers on flights of about 7,635 nautical miles, while using 20 per cent less fuel and emitting 20 per cent fewer emissions than the airplanes it replaces. 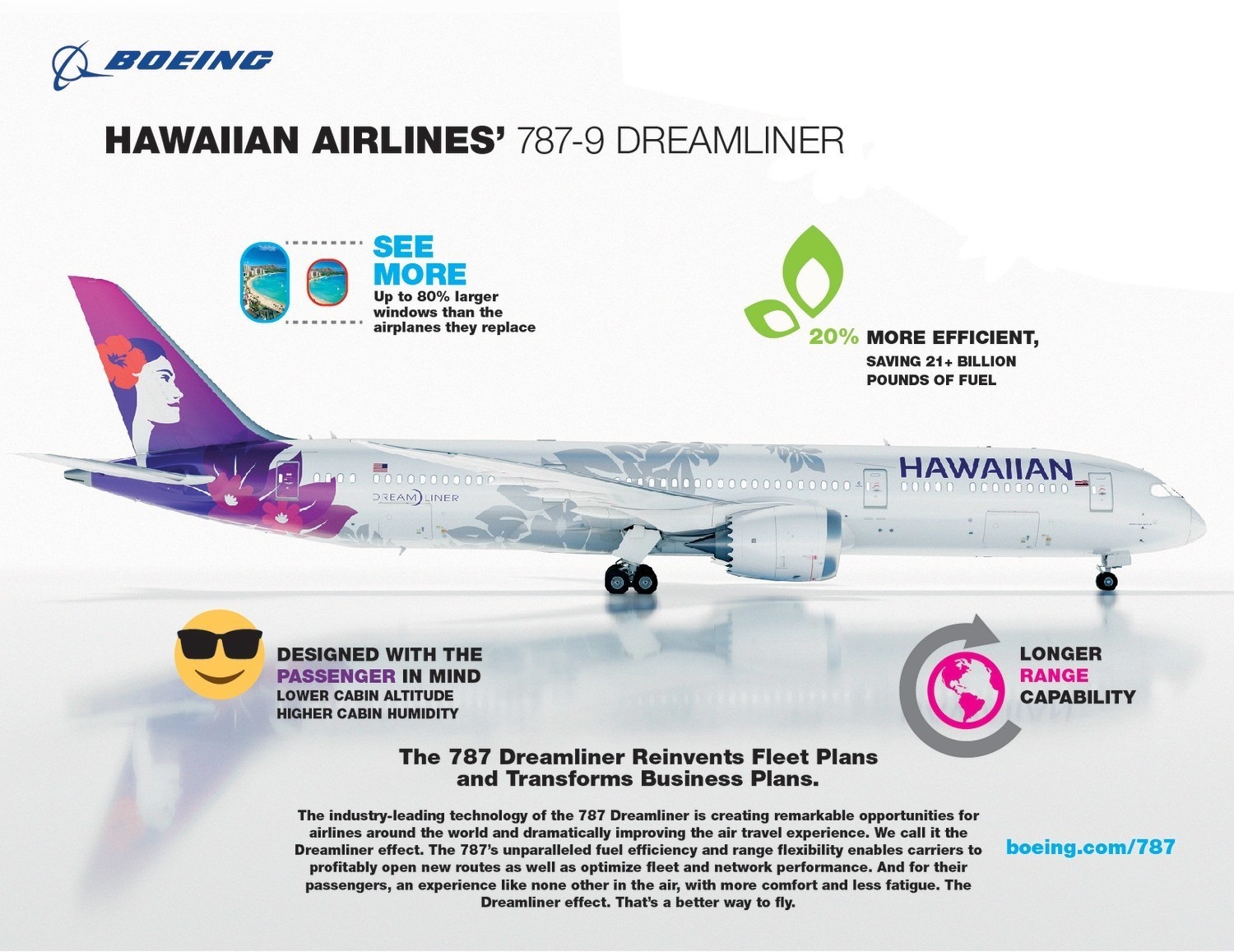 “The Dreamliner’s operational efficiency and superior guest experience make it the best aircraft for modernising our fleet in 2021 and beyond,” said Peter Ingram, president and chief executive officer of Hawaiian Airlines.

“Its expanded seat capacity and extended range will allows us to expand within our current route network and offer new destinations in the Asia-Pacific region.”

The 787 is the fastest selling twin-aisle airplane in Boeing history.

Since entering service in 2011, the 787 family is flying more than 1,500 routes and has made possible more than 170 new nonstop routes around the world.

“Hawaiian Airlines has been on an impressive growth trajectory as they strategically expanded service to and from Asia and North America.

“We are thrilled they have chosen the 787 Dreamliner to power the next stage of their expansion,” said Boeing Commercial Airplanes president, Kevin McAllister.