A new day is about to dawn for Oman Air.

On March 20th a new terminal will open at Muscat International Airport, transforming operations for the carrier and offering a dramatic boost to the domestic tourism sector.

The opening of the new $1.8 billion facility will be akin to the overnight opening of a new airport.

The existing terminal will cease operations at midnight, with the carrier resuming its work the next day in the new state-of-the art complex on the other side of the airfield.

Featuring nearly one hundred check-in counters, ten baggage belts, 40 gates, and 29 aircraft stands with jet-bridges, as well as a new control tower, it will increase capacity significantly at what has, until now, been an outdated facility.

Oman Air flights currently touching down in Muscat are forced to settled in remote parking spots, leaving passengers with bus transfers to the terminal taking upward of 20 minutes.

Away from the terminals, the existing runways at Muscat International have also both been extended to four kilometres in length, allowing them to accommodate everything up to the Airbus A380. 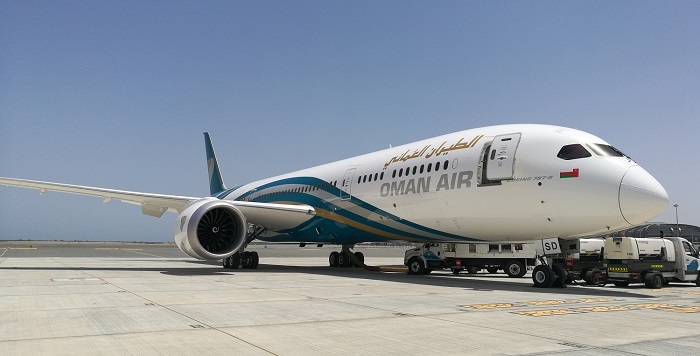 Oman Air will use the infrastructure upgrade as an opportunity to further grow its transit traffic – which currently accounts for around 60 per cent of passengers.

Also in Asia, the carrier serves Karachi, Islamabad and Lahore in Pakistan; Kathmandu in Nepal; and Colombo in Sri Lanka, Bangkok, Kuala Lumpur, Manila, Jakarta, and launched Guangzhou in China in December 2016.

Its European network features London, Milan, Munich, Frankfurt, Paris and Zurich, while the most recent additions are Nairobi in Kenya and Manchester in the UK.

With hubs such as Abu Dhabi, Doha, and Dubai, home to Etihad, Qatar Airways, and Emirates, respectively, close by, it might be imagined Oman Air would struggle to build a transit hub.

However, political strife within the GCC has jeopardised connections across the region, leaving a relatively neutral Oman a chance to build its position in the aviation sector.

In future, Oman Air seeks to grow its role in connecting Europe and Asia – building its profile in the east to rival its current position in the west and Indian subcontinent.

By 2023 the carrier hopes to operate around 70 planes.

Key among them will be the new Boeing 737 MAX, the first of which was delivered earlier this month.

Acting Oman Air chief executive Abdulaziz Al-Raisi, explains: “This is a very exciting day for us as we take delivery of the first of our 30 Boeing MAX aircraft on order.

“By the end of 2018 we will receive a total of five aircraft into our fleet.

“They will serve both domestic and short to medium international sectors.”

Oman Air is expected to launch three new routes this year, to Casablanca in Morocco in June, followed by Istanbul in July, and Russian capital Moscow in October.

The carrier is also assessing the possibilities of re-launching Beirut, Maldives, and Singapore in the coming months.

In June, Oman Air will also receive the first of three further 787-9 Dreamliners the carrier has on order, two of which will have a new first-class product.

The new planes, from both Boeing and Airbus, will facilitate the growing international network. 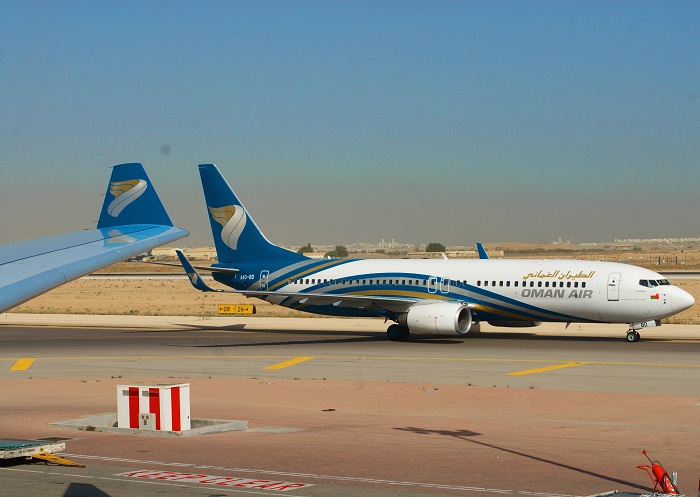 Since taking over as acting chief executive in October last year, Al-Raisi has focused on bringing down operational costs without shrinking the service offering or slowing network growth.

This has been necessary as the carrier continues to bleed red ink.

In its most recent financial report Oman Air revealed it passenger numbers increase to 7.7 million annually, but losses widened by 50 per cent to RO130 million (£240 million).

With the government seeking to gradually withdraw support from the carrier, even as it expands, the success of the new terminal is vital for the future of Oman Air. 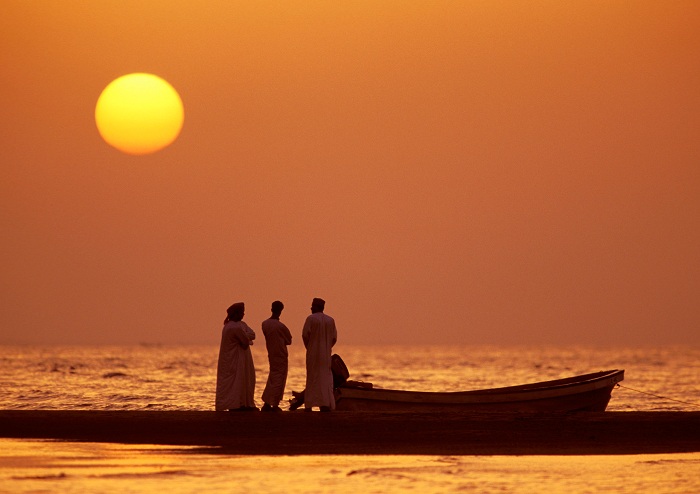 The airline is, however, set to benefit from a renewed focus on tourism from the national government.

At present the sector remains relatively small, especially compared to booming markets in the United Arab Emirates and Saudi Arabia, but that could be about to change.

In early 2016 Oman unveiled a new National Tourism Strategy, which includes an aim to double the number of international tourist arrivals to the country by 2020.

This would take the figure to around five million international guests annually, the majority of whom would arrive with Oman Air.

The initiative calls for the development of 14 tourism clusters, which are hoped to attract more tourists and encourage longer visits.

Sites that have been earmarked for development include areas of natural interest in the country’s mountains and deserts, as well as existing tourist spots, such as the Musandam Peninsula in the north; the Frankincense trail in Salalah; and old cultural areas throughout the capital, Muscat.

Early steps have been taken, with the opening of several new world class resorts.

However, there are only still a handful of five-star properties in the country, with more work to be done in order to grow the sector.

The ultimate goal is to transform Oman from a seasonal, high-end destination to one that appeals to a variety of travellers throughout the year. 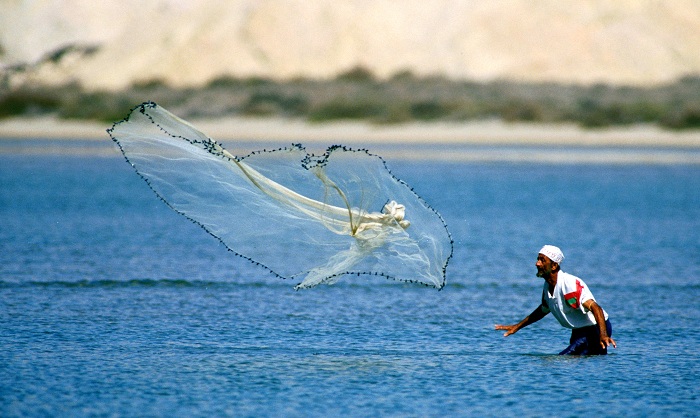 Regional tourism has also proved a boon for Oman.

During the summer months, the tail end of the Indian monsoon brings rains known as the ‘Khareef’.

Transforming the mountains around Salalah into a verdant landscape, the season is a significant draw for travellers, who come to escape the stifling heat elsewhere in the region.

The total number of visitors over the period, which in 2016 took place between June-September, reached around 653,000, with guests from the UAE, India, Saudi Arabia and India make up the majority of travellers.

Oman Air, which has been accused of sacrificing domestic routes in order to serve international passengers, may however be challenged in this market by Salam Air.

The low-cost carrier, which launched last year, is seeking to expand its operations at Salalah to being in regional guests to the growing destination. 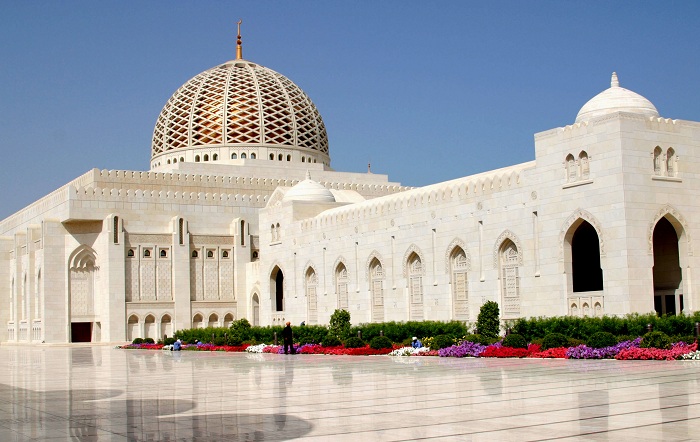 As of July 2016, Oman increased the length of its multiple-entry tourist visas for certain foreign nationals in a bid to boost visitor numbers.

Citizens of 38 countries now have the option of purchasing multiple-entry visas that are valid for three months, up from the previous allowance of 21 days.

Meanwhile, visitors from India, Bangladesh and the Philippines can apply for an extended tourist visa if they have an Omani sponsor.

The hope is that this relaxation of visa requirements will encourage longer stays, and visits to multiple regions and attractions, and simultaneously boost the fortunes of government-owned Oman Air.

With the new terminal set to debut, a supportive owner in the Omani government, and the latest planes set to arrive, the future could well be bright for this growing regional champion.

Oman Air is the flagship carrier of the Sultanate of Oman.

It is considered the World’s Leading Airline - Economy Class by the World Travel Awards.

Founded in 1993, the airline has since witnessed strong growth and has played a major role in making Muscat an important traffic hub in the Middle East, supporting the commercial, industrial and tourism sectors.