“It is the best beach in Salalah,” explains Rhoda Nuhu from the team at Salalah Rotana Resort, “I know, because I have seen them all.”

For once this is no marketing hyperbole, it really is – hundreds of metres of crisp white sand stretching into the distance with rolling waves crashing rhythmically down.

Rotana prides itself on identifying desirable travel destinations and the Abu Dhabi-based company has excelled itself here in Oman.

While still relatively unknown to British travellers, Salalah has been on the radar of several key eastern European markets for a number of years and continues to grow in popularity.

Salalah Rotana Resort has played no small part in that.

Opening in March 2014, the five-star property is the largest free-standing hotel in the sultanate and is just 35 kilometres from the sparkling new international airport.

As Rotana chief executive Omer Kaddouri explains: “Oman has always been a key growth market for us to expand into.

“We pride ourselves in identifying new and upcoming travel destinations people wish to visit and Salalah is growing in popularity.

“The opening of Salalah Rotana Resort is an exciting one for us, not only does it take us one step closer to reaching our ultimate vision, but it has strengthened the company’s standing as the leading hotel management company in the region.” 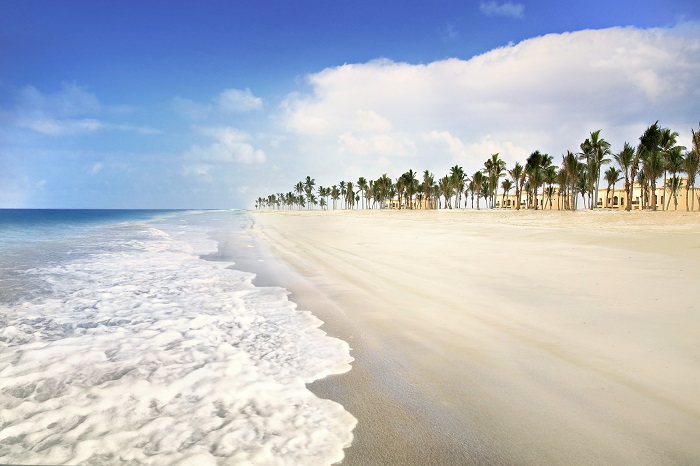 Away from the immaculate beach the resort is home to 422-rooms, having recently been expanded to meet growing demand.

A range of categories allows Rotana to cater for families, honeymooning couples, and small groups, while the crowd tends toward an older, more sophisticated demographic.

Although a year-round destination, October-through-April tends to be driven by European markets, while Middle Eastern guests arrive throughout the summer to take advantage of the cooler temperatures afforded by the Khareef, or monsoon. 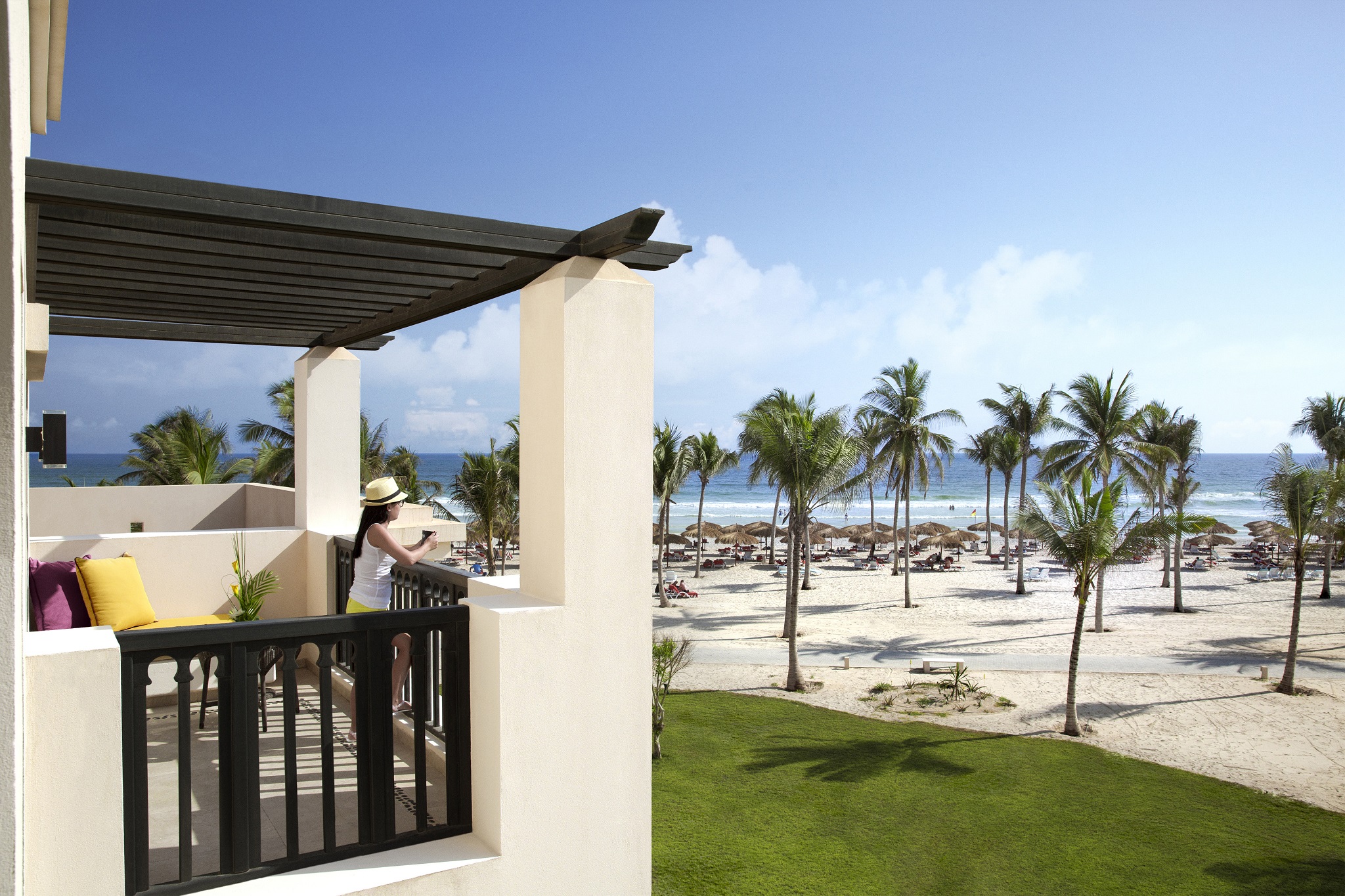 During our visit in early spring, we were accommodated in a Premium Ocean Front Suite – and what an apartment it was.

Spacious, with great views over the Indian Ocean, it offered a private terrace and breakfasting here on ful medames, fresh bread, and black coffee proved to be one of the highlights of the whole resort.

The furnishings in all the rooms have been carved from desert rock, while Arabesque geometric designs and stone archways, constructed using traditional techniques, resemble atriums.

En-suite bathrooms and generous living areas also made it a grand setting for our all-too-short break. 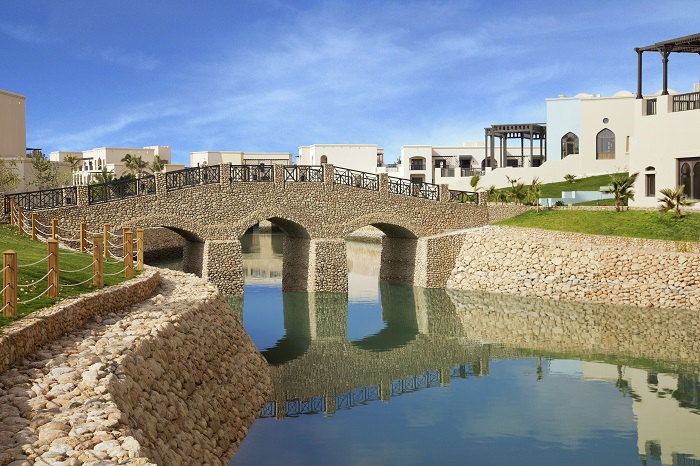 Outside, an elaborate network of manmade Venetian waterways connects the property to the Indian Ocean, with the canals filled with 105,000 square metres of seawater and refreshed every four days using natural tidal patterns.

At over 100,000 square metres, it must take a fantastic amount of work to keep the property in its state of Truman Show perfection.

While large, it feels quiet, with guests afforded a surprising amount of privacy given the high number of rooms.

We wandered to the beach daily and were only greeted by a handful fellow guests – a world away from what one would expect in a similar European resort. 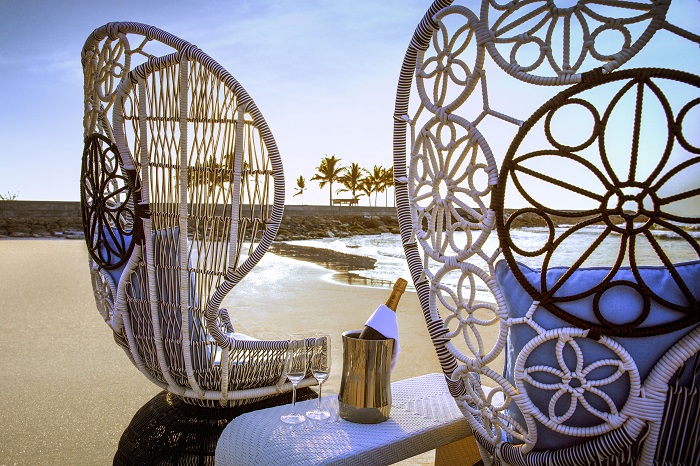 With four restaurants - including Saffron, The Beach Restaurant, Silk Road, and Arabesque Lounge & Terrace, the lobby lounge - the resort offers the perfect mélange of dining options from casual beachside cuisine to fine dining on Middle Eastern and Western cuisine.

We spent the majority of our time in The Beach Restaurant, where a relaxed vibe made it a great place to watch the sun go down.

Half board guests are treated to evening drinks - no small prize in this largely dry community – while the service for dinner is quick, discreet, and attentive.

While currently only around 15 per cent of the staff are Omani, the resort is constantly seeking to boost this figure. 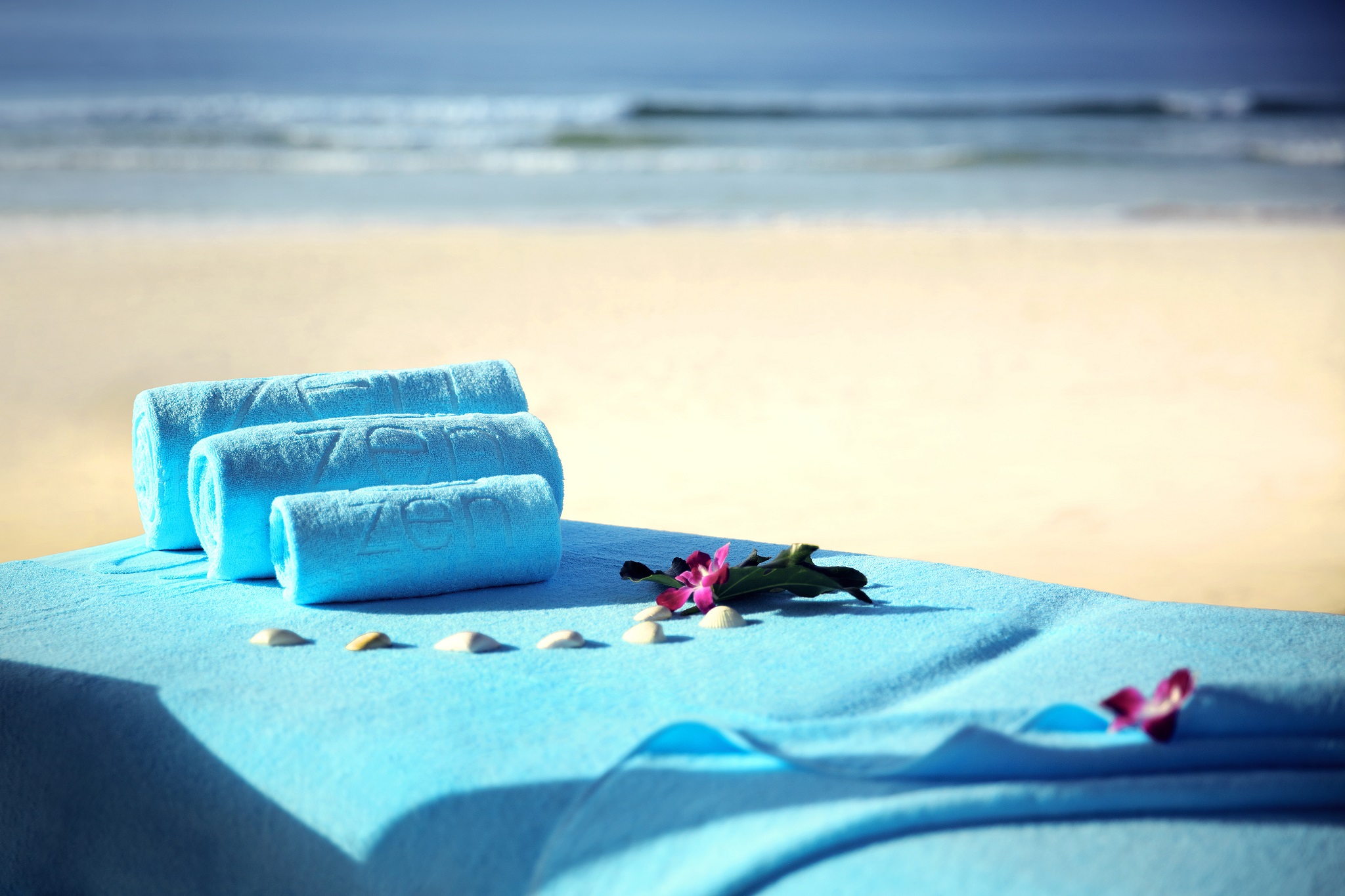 Guests looking to rejuvenate can indulge in treatments at Zen the spa at Rotana, the home-grown concept derived from ancient holistic Asian philosophies.

I was treated to an aromatherapy massage during my stay, designed to ease stress and balance the mind and the body, and it worked a charm.

Guests can select their preference of essential oil to suit their mood, leading to a bespoke treatment for each visitor. 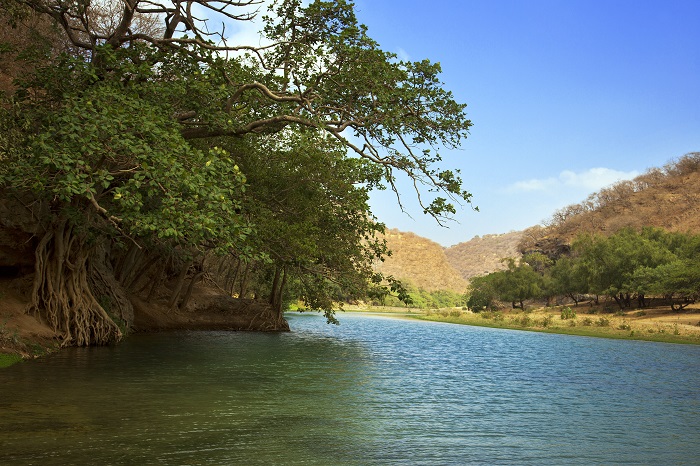 Adventurous types looking to explore the local area can head to a Mughsayl, where tidal geysers explode from the rocks during the summer season, or visit the UNESCO recognised Al Baleed Archaeological Park.

Once a major facility for the production of frankincense, it has been rebuilt in recent years to offer insight into the history of the region.

Generally, however, the tourism sector in Salalah lags a little behind some of the facilities on offer in the resorts, so guests may well prefer to take advantage of the hospitality on offer at Rotana.

Salalah Rotana Resort marked the 50th hotel to be operated by Rotana in the Middle East, representing the half-way mark for the group’s plans to operate 100 hotels by 2020.

The property is part of an integrated resort, alongside two further hotels, and is considered Oman’s Leading Beach Resort by the World Travel Awards.