As governments around the world begin to ease the handbrake on travel restrictions, many tourism and hospitality organisations have been offered a glimmer of hope during what is emerging as the industry’s toughest ever year.

Yet all travel companies worldwide continue to face a landscape that is shifting by the hour. The list of air bridge destinations – allowing travel between two countries without having to quarantine on arrival – remains in constant flux.

Meanwhile, the spectre of a second wave and further lockdowns serve as a constant reminder that we may not yet have seen the worst of the pandemic.

This week alone, Airbus announced plans to cut 15,000 jobs, as the collapse in demand for new aircraft forces the aerospace giant to scale back production. Meanwhile, easyJet is expected to reduce its work force by up to one third, as part of a survival strategy to cut bases across Europe.

With the clouds of uncertainty continuing to circle, the exhibition sector remains at the forefront of the limbo. While all travel companies acknowledge the key to survival is continuing to conduct business, this ability to meet clients is severely hampered by the current curbs on travel and the slashing of exhibitor budgets.

Large-scale conferences and small society meetings alike have adapted by shifting online. The virtual format not only sidesteps the current restrictions, but also offers new opportunities: reaching wider audiences, reducing the carbon footprint and leveraging new technology to bring virtual meetings ever closer to the real thing. For some organisers, the shift may be permanent. ITB Berlin is aiming to retain market share with the launch of a new hybrid event that combines both virtual and physical elements. We Love Travel, which will take place in Berlin October 16th-18th, is a tourism recovery pop-up event that will enable visitors to either attend in person, or experience content through a virtual space. The show will include exhibition areas, networking formats, presentations and discussion panels on how the travel landscape may look like after this crisis. Exhibitors can opt to present themselves in person and via virtual formats.

Other exhibition and conference organisers are opting for virtual gatherings in the short-term, with a view to returning to physical events come autumn. Bench Events has switched AviaDev Europe to a virtual format. The annual aviation forum will take place September 16th-17th. 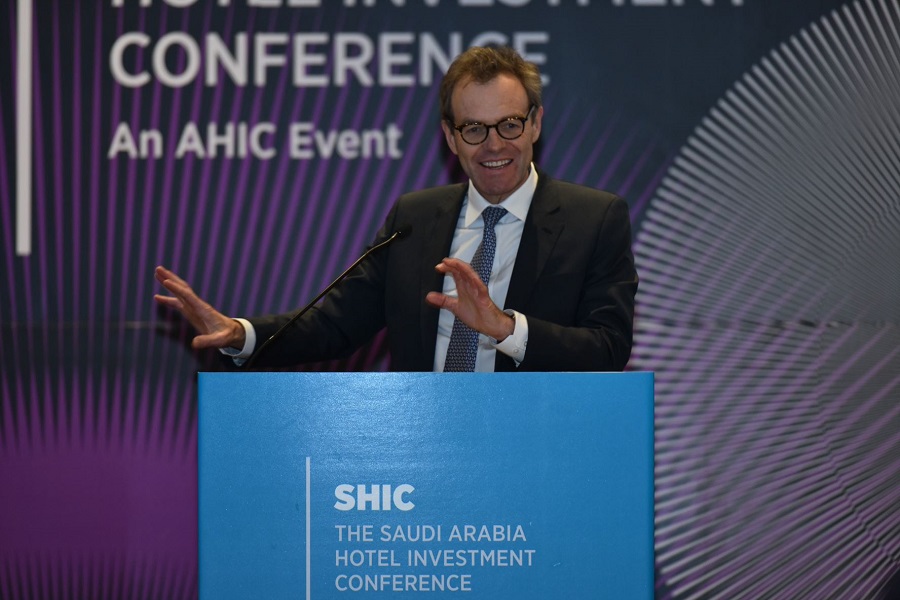 Bench then reverts to physical formats, starting with the Arabian Hotel Investment Conference (AHIC), set to take place on September 20th-21st, when the leaders of the Arabian hospitality sector will meet at Madinat Jumeirah, Dubai. This tallies with Dubai Tourism’s message that the emirate is reopening to international tourists from July 7th. A series of new guidelines have been unveiled as the destination seeks to minimise any further spread of Covid-19, whilst maintaining Dubai’s momentum of growing its tourism economy.

This will give ample time to implement the new Covid-19 frameworks ahead of Dubai Expo 2020, which will now run from October 2021 to March 2022, in what will mark the first World Expo to be held in the Middle East, Africa and South Asia (MEASA) region, and the largest ever event to take place in the Arab world. 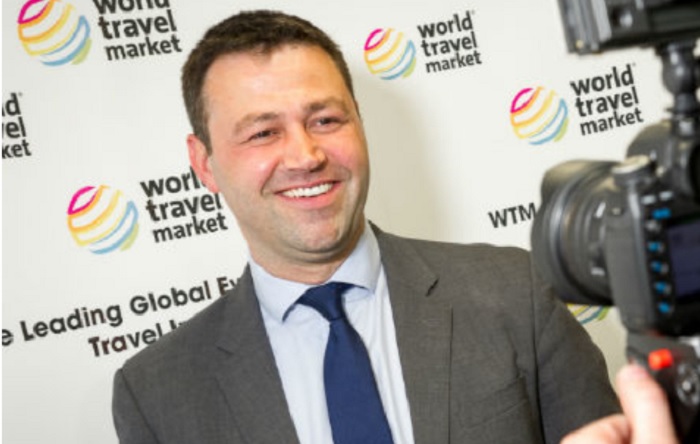 Reed Exhibitions, organiser of World Travel Market - London, has reiterated that the flagship event will take place this year from November 2nd-4th, with the necessary social distancing and safety measures in place.

Simon Press, exhibition director, WTM London, said: “WTM London will be so important to restarting the global travel and tourism industry, on which the livelihoods of so many people depend.”

World Travel Market - London has also announced plans for a new virtual event scheduled to run parallel to the main event. Branded Travel Forward Online, the virtual event will endeavour to piggyback the success in June of Arabian Travel Market Virtual, which attracted almost 12,000 digital attendees from 140 countries. A series of five online mini-conferences, it aims to bring together industry leaders from the global travel tech community to discuss and advance technologies. 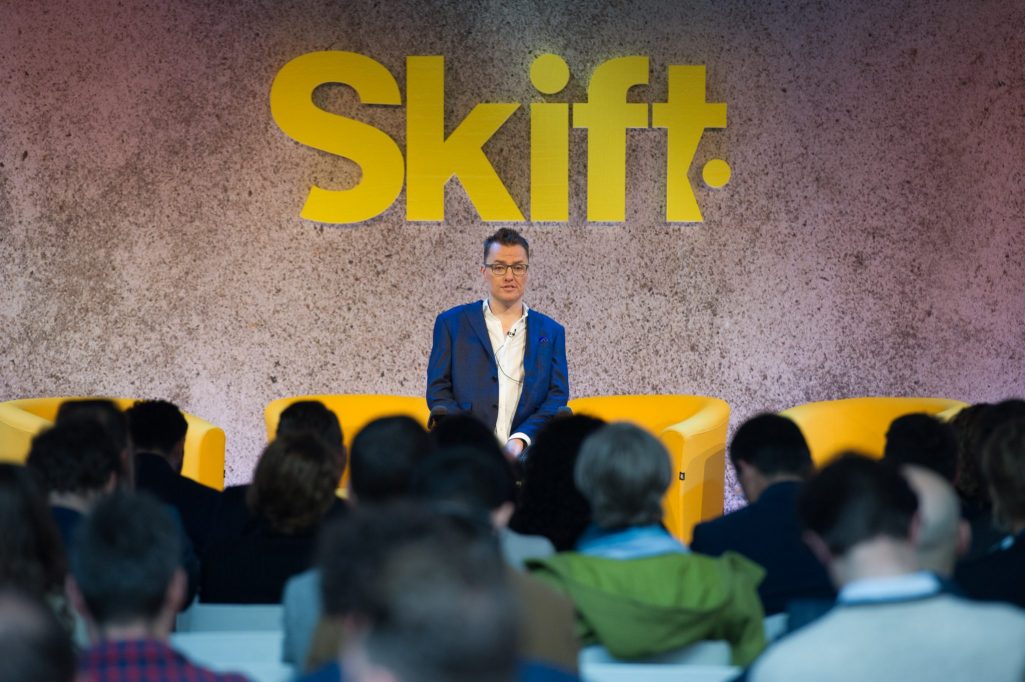 In the USA, the approach has always been to get the travel and tourism sector back on its feet as soon as possible by enabling the industry to network face-to-face. However, the prolonged corporate travel uncertainties have resulted in American Society of Travel Advisors Global Convention 2020 moving to a virtual-only format. It was earlier hoped the four-day exhibition was to be the first large-scale event to be staged physically post-pandemic.

IMEX America is also another late casualty. The 2020 edition was scheduled to take place in Las Vegas from September 15th-17th, but has now been pushed back to November 9th-11th next year. IMEX Group’s chairman, Ray Bloom, cited the ongoing travel restrictions and the industry supply chain uncertainty for the cancellation. IPW will also be looking to bounce back strongly in 2021, following its cancellation this year.

One bright note from North America is that Skift’s Global Forum is still earmarked to take place September 21st-23rd in New York. The three-day event is focused on strategists and technologists in the industry and last year attracted 1,200 attendees from 40 countries. 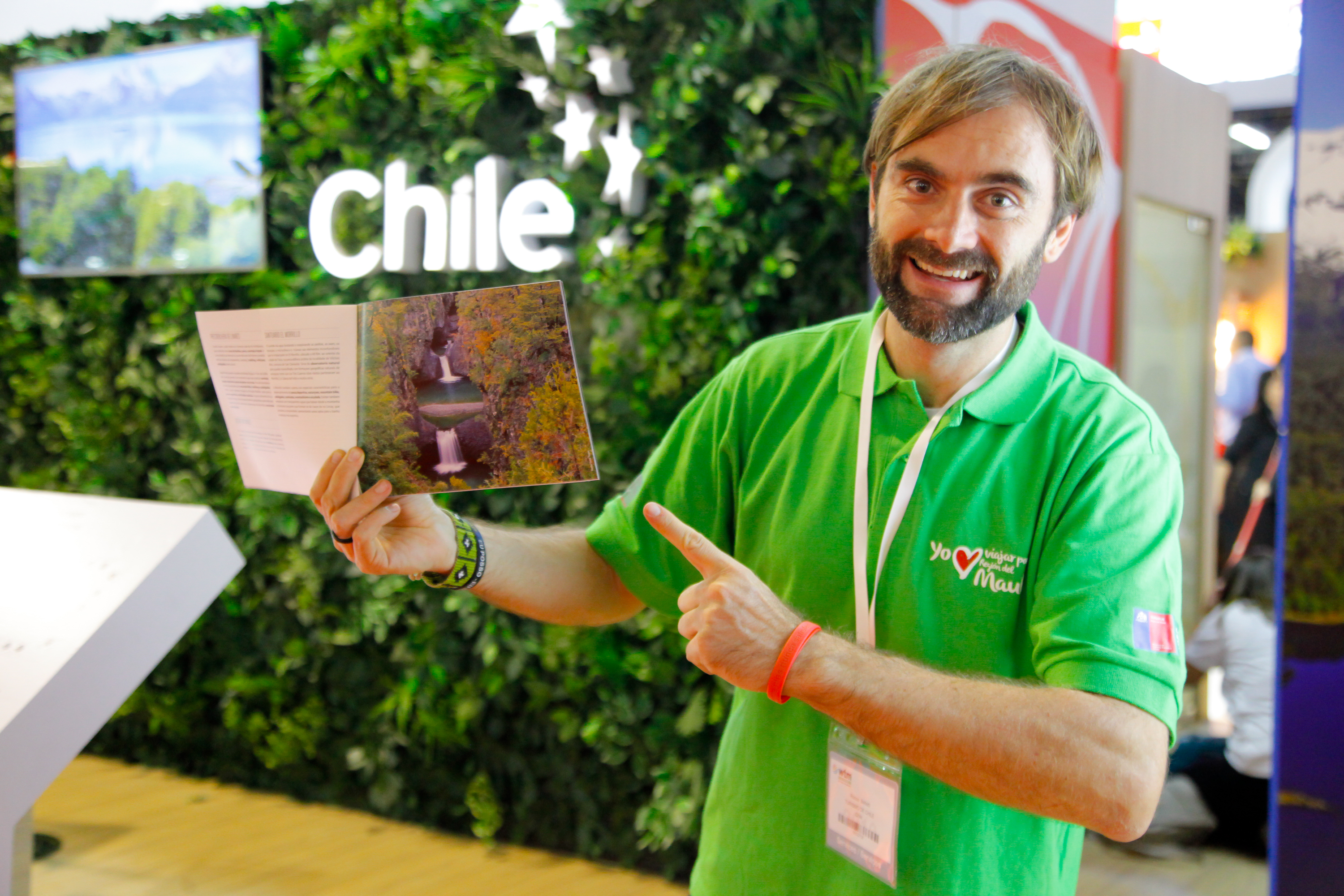 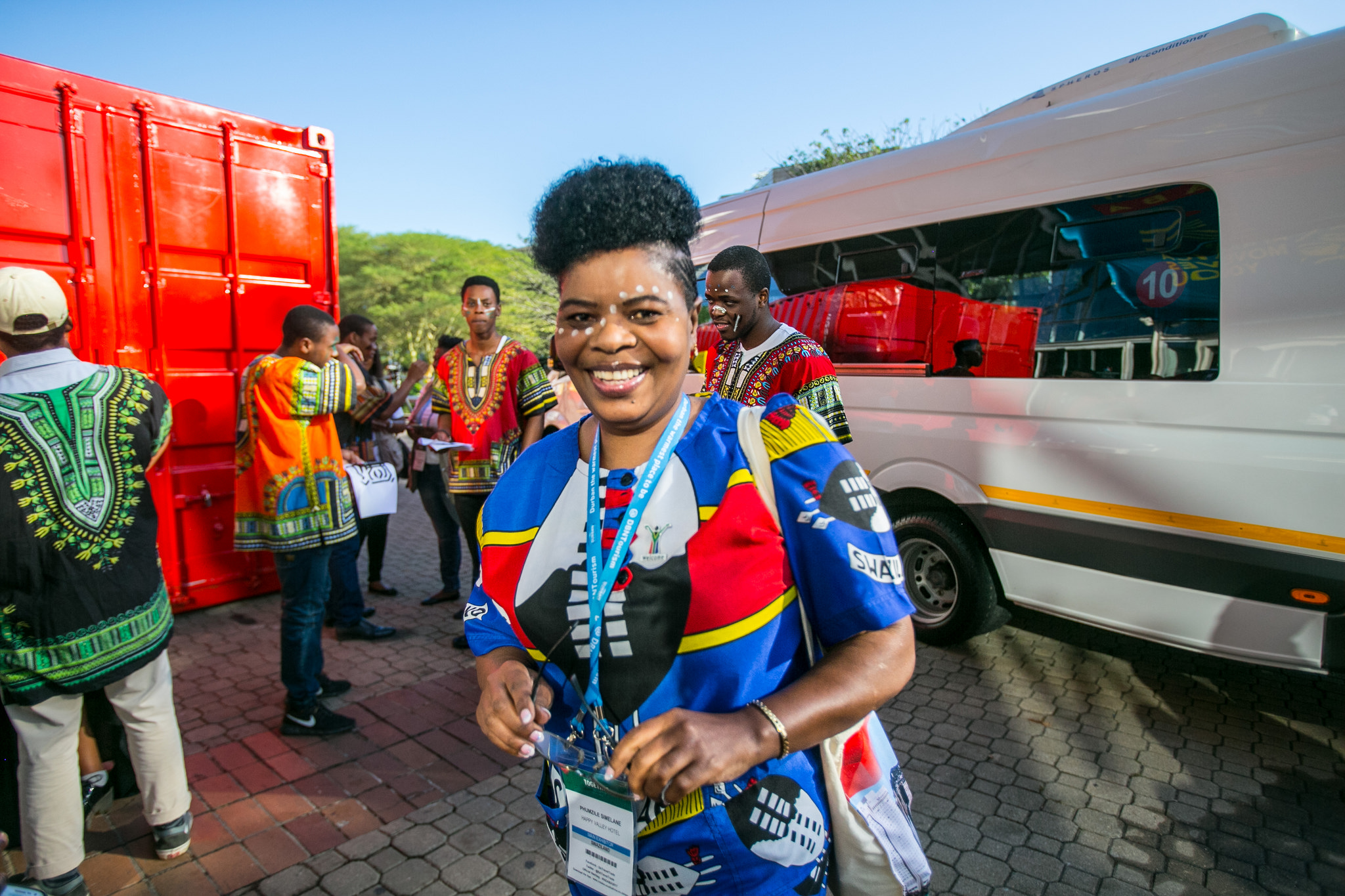 Africa Tomorrow conference is scheduled virtually for July 21st. The one-day conference aims to encourage online networking across Africa’s travel, hospitality and aviation sectors for discussions on how to deal with the economic circumstances caused by the COVID-19 outbreak and what new partnerships are needed for all kinds of industry businesses. AviaDev Africa has been pushed back to June 9th-11th, 2021, when it will take place in Antananarivo, Madagascar.

The largest trade fair on Africa’s travel calendar, Indaba in Durban, has been pushed back to 2021. Meanwhile, Africa Travel Week, which comprises of World Travel Market – Africa, International Luxury Travel Market Africa and Equal Africa, which was scheduled to take place in Cape Town in April, has been postponed till 2021.

The Africa Hotel Investment Forum has been moved back from October 2020 to 2021. 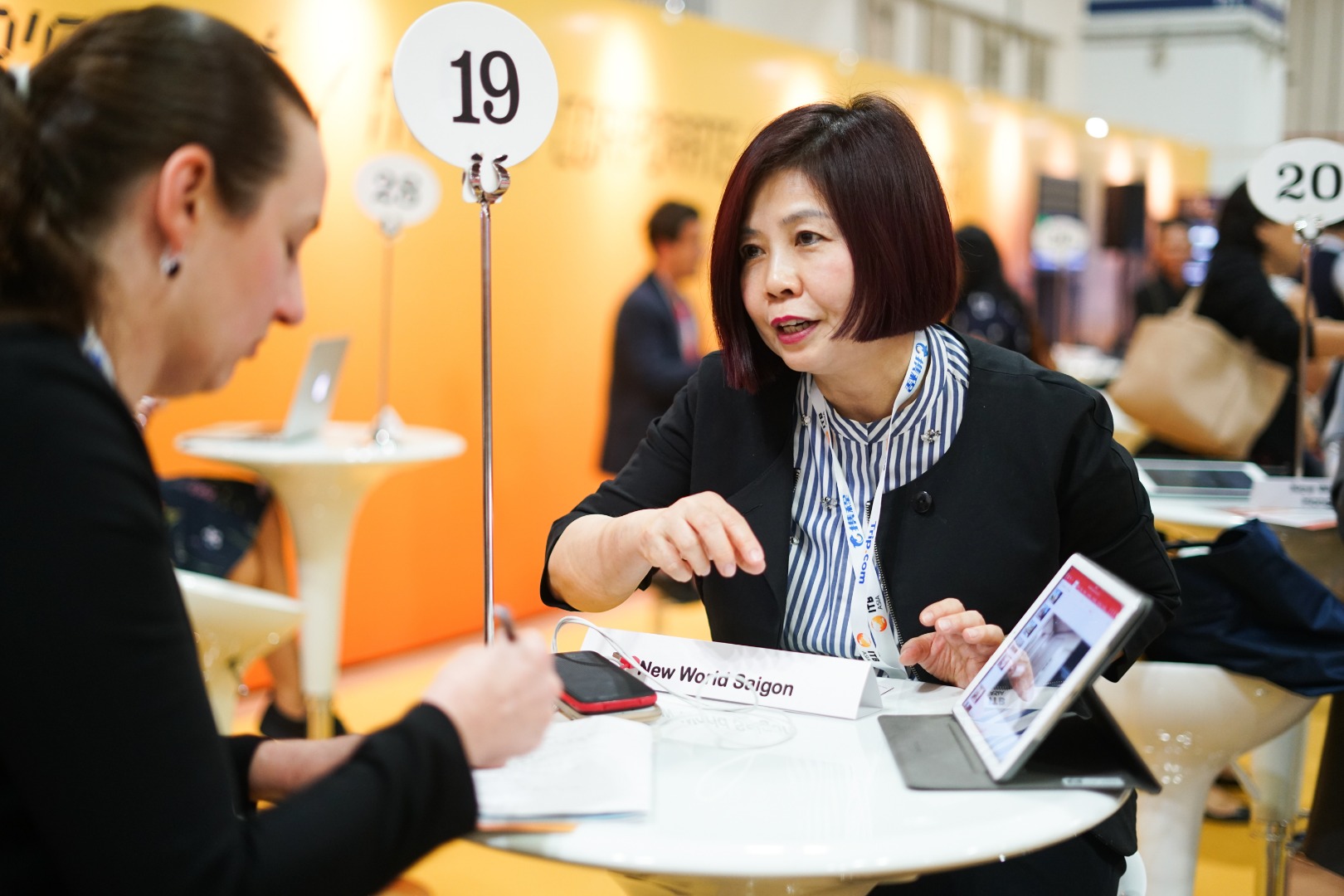 ITB Asia, sister event to ITB Berlin, is set to run for its twelfth year on October 21st-23rd. The three-day event at Singapore Marina Bay Sands is expected to attract more than 1,300 exhibitors. MICE Show Asia is also planned in October, and new event Travel Tech Asia will make its debut in Singapore too.

The status of travel exhibitions is constantly changing. For the very latest on travel events taking place globally, head over to the Breaking Travel News Travel Events Calendar.