Here Breaking Travel News chats with Philippe Baretaud, the newly appointed chief executive of Mantis, to see what the partnership means for the company and its operations around the world.

Breaking Travel News: AccorHotels took a 50 per cent stake in Mantis Group in the spring this year. What were the motivations behind the deal?

Philippe Baretaud: The motivations for both Mantis and AccorHotels was in fact based on common shared values

Mantis is celebrated for its far-flung experiences aimed at the adventure curious, focuses on upscale hotels with Mantis Collection, cruises with Zambezi Queen, tour operation with Giltedge and conservation with Worldwide Experience.

It clearly represented, for AccorHotels, a true African brand with a unique legacy, as well as a demonstration of AccorHotels’ further commitment to Africa.

This is also in line with AccorHotels’ strategy of moving beyond the strict traditional hospitality field, instead aiming to provide its guests with a spectrum of benefits related to lifestyle and travel services.

The agreement allows Mantis to enjoy the international footprint of AccorHotels.

With a reservation and sales network supported by a wide range of digital marketing activities, Mantis will expand its current geographic footprint and customer base.

It is also a great opportunity for the customers of Mantis to benefit from their participation in Le Club AccorHotels, which is recognised as one of the most powerful loyalty programs in the industry with over 100 million members.

There will also be a chance to develop synergies, such as with AccorHotels’ luxury private rental platforms OneFineStay, with private sales platform Very Chic or even with concierge service John Paul.

BTN: How far along is the integration of the two companies? What challenges remain in the coming 12 months?

PB: To be frank I struggle a little with the word “integration” because from what has just been said you will understand that it is not exactly what we aim at for Mantis.

“Integration” makes one think of mergers based on scale, figures, numbers and synergies of resources within similar business model.

Here with Mantis it is thought of differently.

Therefore, a traditional “integration” model with the usual processing and indicators would not be relevant while we are adamant to preserve Mantis originality.

We will create synergies with AccorHotels, including support platforms and resources to strengthen Mantis’ business model and speed up the brand’s development across Africa and other key destinations worldwide.

Mantis is a truly indigenous African brand with a strong heritage, awareness and credentials in the hospitality and conservation space.

As such, Mantis has an original DNA that we will not only preserve but also reinforce and further differentiate.

In fact, that is in my view, the most important objective of the coming year and on which we will keep the focus with our chairman Adrian Gardiner and the teams.

Therefore, we aim at using the scale, the expertise, the supports and the digital tools of AccorHotels to further strengthening Mantis’ identity and the personalisation of its relationships with the guests.

In order to do so, we have prioritised levers of business synergies on which we are focusing for the next 12 months and that are key for Mantis’ ambitions.

The objective we have fixed is to have by end of first half 2019 all the managed Mantis hotels on AccorHotels’ distribution and linked to Le Club, with a brand-new website and a refreshed and stronger brand platform with enhanced visibility.

Of course, they are challenges, such as to find out the right IT solutions and reasonable compromises for sometimes very small capacity Mantis properties, requiring tailor made solutions on a case-by-case basis.

Fortunately, there is a very good understanding between the dedicated integration team set up by AccorHotels and the Mantis team.

Having dedicated integration experts on AccorHotels side reveals the right way to push forward and turn around the numerous issues that are raising as we progress.

It allows also keeping a unity of objectives and build up a sentiment of belonging and of mutual understanding between the small, fast and entrepreneurship minded Mantis and the well-empowered, organised process oriented and corporate minded AccorHotels.

Working together is the key to get our people motivated and thrilled to achieve a common objective that they can understand, and it seems that we are succeeding in that respect.

Once the existing and the newly opened Mantis properties will be distributed and will benefit from the brand-new website, allowing seamless navigation and bookings through the AccorHotels central reservation platform (TARS), we will focus to leverage Mantis business over the second half of the year.

We will target an optimisation of the top line through the use of the various direct channels (especially with AccorHotels Le Club members), indirect channels and optimised revenue management.

Growth is also a key component of the future Mantis strategy and we have decided to develop the African rooted Mantis as a true global brand.

The partnership enables Mantis to envisage a new wave of development that should take place once the integration is achieved: the brand, benefiting of AccorHotels powerful distribution and loyalty systems, booking engine, customer relation marketing tools and a widely enhanced visibility should appear then extremely appealing to owners and investors.

In that respect we will prepare to speed up and densify the development of Mantis in Africa but also leverage the powerful network of AccorHotels owners and of franchisees in Europe, and especially - but not only - UK and France.

By achieving these priorities over the next 12 months, I believe that we will give Mantis a real launch pad to grow and keep being different.

BTN: What role does Adrian Gardiner, who founded Mantis Group in 2000, now have with the company?

PB: At the present time and only a few months after the closing of our partnership, Adrian, founder and executive chairman of the company, is actively committed in all aspects of the business.

Adrian is key within the partnership, because of his expertise and understanding of the Mantis ethos and business model, but also because of his personal legitimacy on the continent and beyond.

As a well-recognised ambassador in conservation, education, eco-tourism, Adrian will be key to supporting the development of Mantis and of AccorHotels in Africa as well as to enhance Mantis visibility and recognition of its values and of its business model worldwide.

Adrian is the best possible brand ambassador for the future promoting of Mantis.

BTN: Accor outlined some ambitious expansion plans for Africa during AHIF in Nairobi. Where does Mantis Group fit into these proposals?

PB: At Mantis, we are proud to be part of AccorHotels - a company for which I have worked for a very long time, but it is important to note that we cannot measure Mantis’ contribution to the group’s growth by strictly the number of hotel or rooms.

From my short experience with Mantis, I have already experienced how different it is to develop, open and operate an eco-lodge in a remote (and beautiful) location.

It is highly complex process, relying on very specific skills at all levels.

In addition, you need to have everything right because your commitment with every Mantis is to keep offering the traveller exclusive emotion through authenticity, understated luxury and personalisation of the service and of the relation.

In that context we have managed to open ten Mantis properties worldwide in 2018, with a special mention to exceptional lodges like the Umfolozi eco-lodge in the Kwazulu natal or the Lion Camp Safari Lodge in South Luangwa national park, Zambia.

But I can also mention in Middle East the beautiful Kingfisher lodge facing the sea on a wild beach of the emirate of Sharjah.

In 2019, we forecast between seven and eight new openings.

So, it is definitely quality before quantity, exceptional versus average, personalisation above standardisation, emotion and surprise versus fast check in fast check out.

From 2020 onward, we expect a stronger growth through management and franchise contracts and we will fix ourselves more ambitious objectives.

Growth will generate additional resources that will enable to increase marketing spending and development speed, generating a virtuous circle with no alteration of the fundamentals of the brand nor its values. 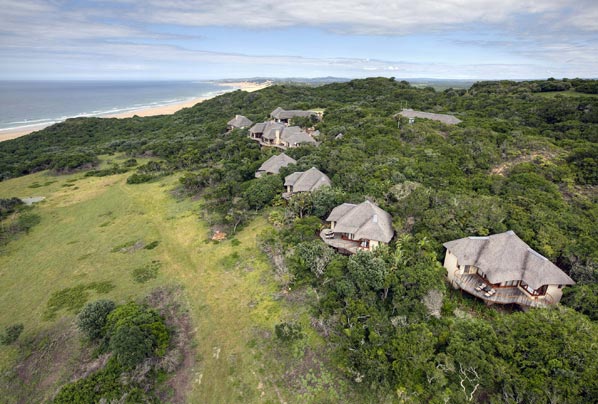 BTN: You have cited ‘common values’ between AccorHotels and Mantis Group as one of the prime motivators for the deal. Where do the ambitions of the two organisations overlap?

PB: Beyond business, there has been an immense part played by common values shared by Mantis and AccorHotels about their commitments to sustainability, conservation, communities and education as well as a true willingness to invest on the long term in Africa.

While growth trajectory is important,  the partnership marks AccorHotels commitment to align with like-minded companies such as Mantis, a group that is not only an extraordinary provider of curated, one-of-a-kind experiences but one that also demonstrates a strong ethos when it comes to conservation and sustainability.

This is a paradigm shift: to align and embrace groups that share the same values.

Mantis is the perfect example given their ethical practices in the sustainability and conservation arena.

You will appreciate that Mantis stands for: Man And Nature Together Is Sustainable.

The Mantis Group is indeed a leader in driving key conservation and education projects across Africa, directly with Worldwide Experience specialised in the organisation of gap years programs for students who want to discover and experience the Africa wilderness.

The AccorHotels and Mantis teams have already started to work actively on the enhancement and the development of these actions, with AccorHotels Le Club, Planet 21, and the Accor Solidarity Foundation.

Moreover, the AccorHotels talent and culture team has visited the Stenden University campus of Port Alfred with a view to establishing a major cooperation with the AccorHotels training academy of Middle East and Africa to source, to train and to employ young talents in the existing and in the future hotels.

The sharing of common values and commitment to conservation has been ultimately demonstrated by the creation of the CCFA (Community Conservation Fund Africa), a registered NGO and by its initial funding by the two chairmen of Mantis and AccorHotels, Adrian Gardiner and Sebastien Bazin after the signature of the agreement of a joint venture.

This grant giving foundation has the objective of preventing the accelerating decline of Africa’s wildlife and mobilising the travel and hospitality industry to take an active part in the conservation as well as the welfare of the communities.

The CCFA will also bring together the three internationally renowned conservation organisations: the Wilderness Foundation, Tusk Trust and African Parks as beneficiaries.

CCFA will drive the debate, engage local communities and will be responsible for administrating the budget dedicated to the projects selected by the Fund. 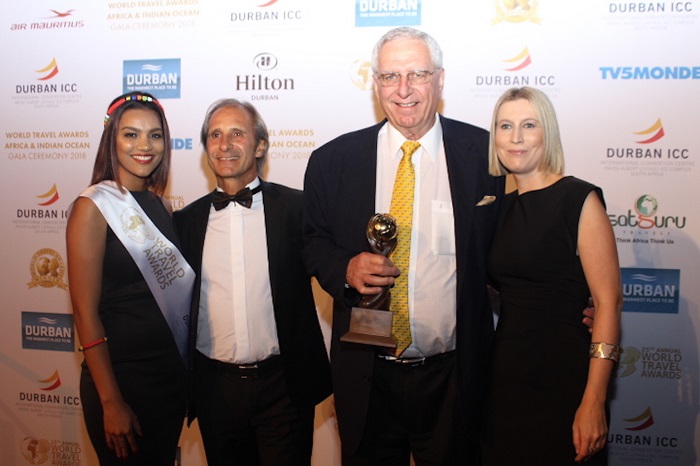 BTN: Finally, Mantis Group was recently recognised with the title of Africa’s Leading Boutique Hotel Brand at the World Travel Awards. How do honours such as this help develop the company?

PB: Such awards provide evident recognition of the achievements by the teams in a tough and competitive environment.

Therefore, it is not only satisfactory and encouraging for the teams, but it also represents a good benchmark whereby we can evaluate ourselves on the market.

We were also very pleased to see Giltedge awarded as the South African’s Leading Luxury Tour Operator at the same ceremony of the world travel awards, demonstrating that the uncompromised quality is as well present in our aptitude at packaging tailored exceptional tours for high demanding international travellers .

The Mantis network features 28 managed properties, plus a global network of branded hotels and residences, including boutique villas and flagship properties such as Founders Lodge, a South African game reserve located in the Eastern Cape, Mantis St Helena, a boutique hotel on the remote island in the Atlantic Ocean, as well as the Draycott Hotel in London, synonymous with Old World elegance and quintessential British luxury.