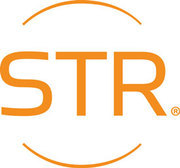 The Middle East/Africa region reported declines in all three key measurements in year-over-year results when reported in U.S. dollars for April 2009, according to data compiled by STR Global.

The region’s occupancy dropped 13.0 percent to 66.8 percent; average daily rate decreased 1.3 percent to US$164.41; and revenue per available room decreased 14.1 percent to US$109.80. “It is getting harder to find a positive angle in the Middle East/Africa performance data,” said James Chappell, managing director of STR Global. “The region, which had been insulated somewhat from the effects of the global economic recession in the past, now seems just as susceptible as are the other three global regions. Still, the region reported the highest achieved RevPAR for the month at US$109.80 and the softest growth decline (-14.1 percent) in that measure.”

Highlights from key markets in the Middle East/Africa region (percentages are April 2009 vs. April 2008):