A report from ForwardKeys has revealed that three months after the Easter Sunday suicide bombings, on April 21st, Sri Lanka’s tourism industry is still suffering.

However, in a brighter note, a slow recovery appears to be underway.

Between January and April 21st, international flight bookings to Sri Lanka were three per cent up on the year before.

However, in the immediate aftermath of the attacks, there was a spike in cancellations and bookings collapsed.

The first week saw a decline of 181 per cent, which means that in addition to no new bookings being made, there was a wave of cancellations of existing bookings.

The Sri Lankan police responded forcefully and, within six days, over 70 suspects had been arrested.

Just over a week later, on May 7th, the prime minister declared that all the jihadists responsible had been caught or killed.

From the beginning of May, a timid recovery trend began, but bookings still have a long way to go before they are back to last year’s levels.

Over the whole three-month period (April 22nd-July 21st), bookings have been 69 per cent down on the equivalent dates in 2018. 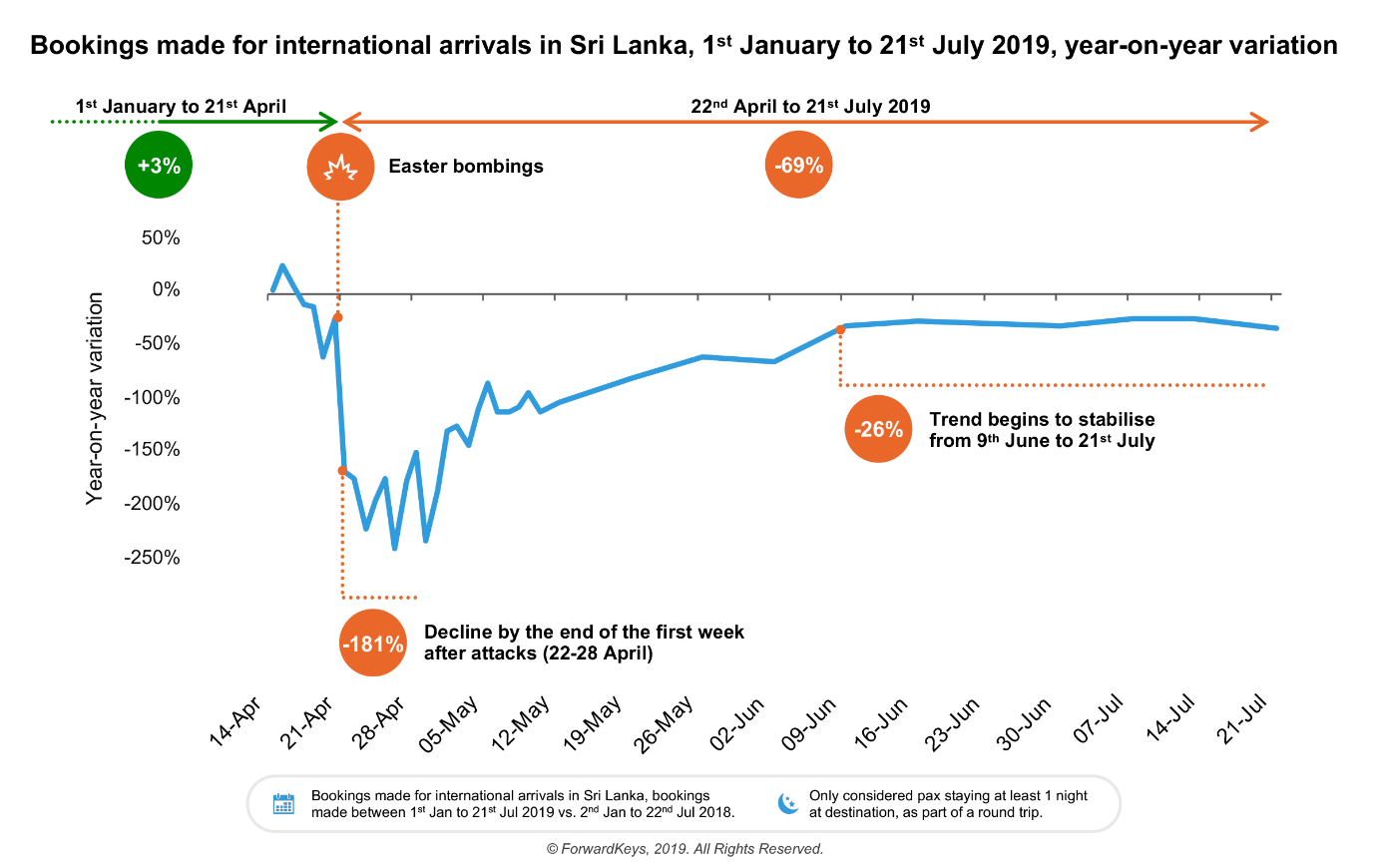 From June 9th-July 21st, the level plateaued at 26 per cent down on the equivalent period last year.

Jameson Wong, APAC business development director, ForwardKeys, said: “One has to feel deep sympathy for the people of Sri Lanka.

“They suffered from a coordinated campaign of ghastly suicide bombings on Easter Sunday, a day of the year which will make the horrors harder to forget.

“The deliberate targeting of tourists, as well as locals, is having a severe impact on a valuable sector of the country’s economy, which (according to the World Travel & Tourism Council) is responsible for 27 per cent of export revenue.

“We are seeing initial signs of recovery, but it is likely to take time before visitors regain their confidence in travelling to this beautiful country.

“The irony is that this is a really good time to visit Sri Lanka, as there will be pressure on prices.

“Also, it will be a fantastic experience to support a recovering nation and feel the warmth of Sri Lankan hospitality.”