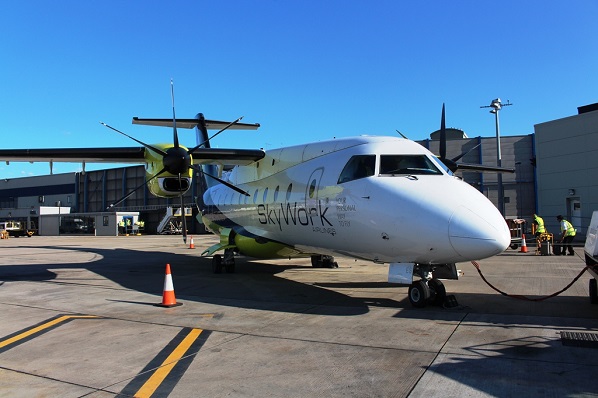 SkyWork Airlines has launched flights from London City Airport to the Swiss cities Basel and Bern.

Flights are operated by a twin-engine turboprop Saab 2000 aircraft, departing at 07:20 between Monday and Friday with a Sunday service departing at 17:20.

A weekday evening route departing at 18:10 will also come into service from Tuesday September 1st.

The route sees flights depart London City for Basel and, following a brief stopover in the Swiss capital, proceed on to Bern.

“This new service is therefore in response to their requests and to SkyWork Airlines aspirations to offer seamless convenience.”

SkyWork Airlines is a regional airline based in Bern and operates five of its own Dornier 328 aircraft plus the Saab 2000 which has been leased from Etihad Regional.

LCY chief commercial officer Matthew Hall said: “We are delighted to have SkyWork Airlines on board to continue the tradition of a Swiss airline operating a LCY to Basel route.

“Switzerland is a very important market for us and we are very pleased to add Basel and Bern to Geneva and Zurich on our list of destinations.”