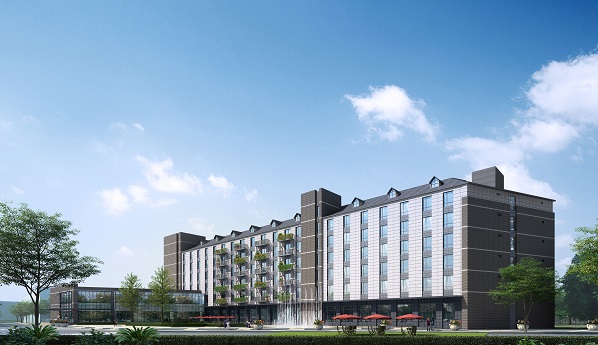 Meliá Hotels International, the leading Spanish hotel company with more than 370 hotels worldwide, has continued to grow its presence in China with the announcement of a new hotel in Shanghai; bringing the total number of properties in China to eight.

The new Meliá Shanghai Hongqiao is part of the Lidoway project, developed by Golden United Group, which will become a major urban complex in Hongqiao featuring a wide range of commercial and entertainment facilities, dining outlets, alfresco areas and high-end residential villas.

Meliá Shanghai Hongqiao, scheduled to open in July 2016, will have 190 rooms, meeting rooms, two F&B outlets, as well as an executive lounge.

Hongqiao is expected to become the new centre of west Shanghai and the business hub for the Yangze River Delta region, with the area’s integration with the Hongqiao Transportation Hub.

The hotel will be very close to the new National Convention and Exhibition Centre (formerly the China Expo Exhibition Centre), one of the world’s largest exhibition complexes, with a total floor space of 1.47 million square metres and capacity to accommodate up to 300,000 people per day.

The Asia - Pacific region has become one of the main strategic growth areas for Meliá Hotels International.

The company highlighted its commitment to this region by opening a corporate hub in Shanghai in 2011, boosting awareness and improving the scope of partnerships with Chinese companies.

Meliá Hotels International will continue to increase its presence in the China and Asia-pacific region following the launch of its first hotel in Shanghai.