Headlines in the recent build up to the FIFA World Cup in Brazil next year have been decidedly mixed of late.

While the 2022 competition in Qatar had raised more ire among sports fans around the world, Brazilian authorities can not have been impressed with images of violence marring the preparations.

Most recently police were forced to use tear gas and smoke grenades to break up clashes between fans waiting to buy tickets for the inaugural match in a stadium built for the World Cup.

Fans had queued overnight at a ticket office in the north-eastern state of Bahia, but fighting broke out as soon as it opened. Officials at the Arena Fonte Nova stadium, which cost over $300 million ($50 million more than budgeted), had failed to separate queues of fans, leading to unrest.

The stadium, set to host the final next year, was originally due to reopen in December 2012, but its first match is now scheduled for April 27th.

Embarrassingly, Rio mayor Eduardo Paes was also recently forced to close the João Havelange stadium, which was being used to host major football matches in place of the Maracana and was scheduled to host the athletics for the 2016 Olympic Games, after it engineers warned of structural deficiencies.

Elsewhere, the president of Corinthians, the Brazilian club in charge of building the Itaquera stadium in Sao Paulo, recently admitted its construction could be stopped for lack of cash.

Unless more money is found there is a risk of the stadium failing to be ready on time for the competition.

That stadium is due to host the opening match of FIFA 2014.

With these problems piling up, FIFA has been remarkably sanguine, at least in front of the cameras.

“It is all a question of trust and confidence,” FIFA president Sepp Blatter told reporters last month after a meeting of the World Cup organising committee. “They will be ready because it is the World Cup and no one can afford not to be ready for the World Cup.”

However, FIFA secretary general Jerome Valcke recently visited Recife to check on preparations at the Arena Pernambuco, which remains incomplete despite promises it would be ready by the end 2012.

One further infrastructure worry is the progress in upgrading the national airport network.

Many guests will see flights as essential in such a large country, where there is no established rail network.

But, of 13 terminals being upgraded, ten are unlikely to be completed by June 2014, a government-backed Institute for Applied Economic Research report said earlier this spring. 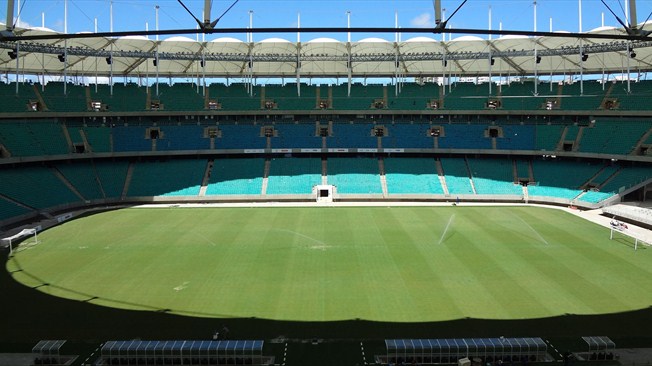 So, many challenges. But what does all this mean for the international traveller? In short, probably not very much.

While the sporting infrastructure is obviously vital to the success of the tournament, the private sector has quietly been taking care of the preparations necessary to welcome the 600,000 international visitors expected in the country for the event.

Some 200 hotels are currently under construction, while another 170 hotels are slated to open within the next three years in Brazil, according to consultancy Lodging Econometrics, with many designed for the sports tourism market.

Many more are also taking a longer view, catering to an emerging middle class, with investors seeking to avoid the pitfalls seen after the 2010 World Cup in South Africa, when many hotels saw a sharp drop in occupancy after the event and never recovered.

Hilton and Grand Hyatt are both opening new properties in Rio, but budget-conscience offerings from as Novotel, Ibis, Holiday Inn, Super 8 and Tryp are also in development.

Among the most exciting projects is the classic Copacabana Palace, which enters its 90th year in 2013. Having recently completed a $20 million renovation, the property now offers a lighter, airier atmosphere, with completely redesigned rooms.

Moreover, while the problems may create headline, other stadium projects are proceeding without delay.

Despite the ticketing teething problems, the Salvador stadium joins the Castelao and the Mineirao in readiness for the FIFA Confederations Cup test event later this year.

The clock may be ticking, by Brazil has too much to lose if it runs out of time.