Soh Wai Ching of Malaysia took the top spot in the Men’s Elite category with a time of 10:44, finishing before Ryoji Watanabe of Japan and Fabio Ruga of Italy. This is the 28-year-old’s second consecutive ESBRU win.

“I’m so happy to be here to compete again. This is my second win, and I improved my time,” said Wai Ching. “I hope to be back again next year and to improve my time [again].”

Cindy Harris of Indianapolis, In. finished first in the Women’s Elite heat with a time of 13:56, ahead of Shari Klarfeld of Plainview, NY and Maria Elisa La Pez Pimentel of Mexico. This was Harris’ 24th Run-Up and sixth win. She beat her 2021 time of 14:01. 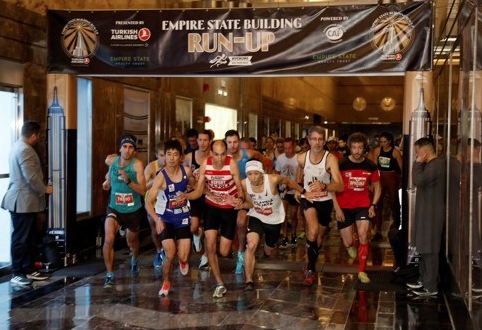 “I feel really good and very fortunate to be doing this so long,” said Harris. “[Running this race] means a lot, especially this competition because this one was very close.”

Challenged Athletes Foundation was the ESBRU official charity partner with a designated heat for challenged athletes and CAF supporters to raise funds in support of people with physical challenges and their access to sports. CAF athlete Anthony Smith, an Iraq war veteran with an arm amputation, finished the race with a time of 56:05. 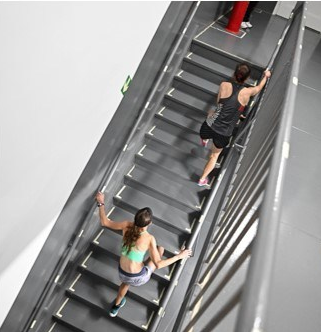 Turkish Airlines, Turkey’s national flag carrier and airline that flies to more countries and international destinations than any other, returned for its fourth year as the Run-Up’s presenting sponsor. The event was produced by NYCRUNS, the largest running event management company in the New York Metropolitan area.