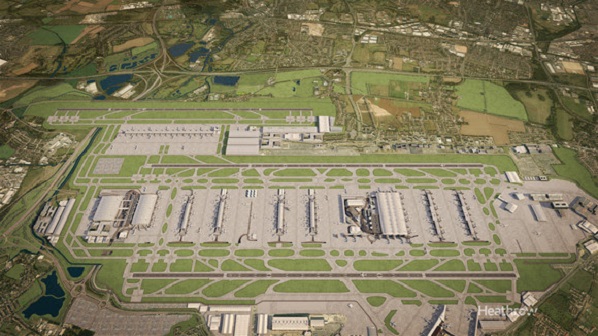 The Airports Commission has recommended a third runway be built at London Heathrow Airport to ease aviation congestion in the south-east of England.

While each of the three schemes shortlisted was considered a “credible option” for expansion, the commission unanimously concluded a new north-west runway at Heathrow Airport was its preferred option.

Any new runway should be combined with a “significant” package of measures to address its environmental and community impacts, the commission said.

The Heathrow expansion represented the strongest case and offers the greatest strategic and economic benefits argued the commission, with the potential to provide around 40 new destinations from the airport and more than 70,000 new jobs by 2050.

Commission chairman Howard Davies said: “At the end of this extensive work programme our conclusions are clear and unanimous: the best answer is to expand Heathrow’s capacity through a new northwest runway.

“Heathrow is best-placed to provide the type of capacity which is most urgently required: long haul destinations to new markets.

“It provides the greatest benefits for business passengers, freight operators and the broader economy.”

The report describes the strengths and weaknesses of the other short-listed proposals.

But it provides a smaller increase in capacity and is less attractive from a noise and air quality perspective.

The Gatwick scheme is feasible, but the additional capacity would be more focused on short-haul intra-European routes and the economic benefits considerably smaller.

Reacting to the decision John Holland-Kaye, chief executive of Heathrow Airport said: “This debate has never been about a runway, it’s been about the future we want for Britain.

“Expanding Heathrow will keep Britain as one of the world’s great trading nations, right at the heart of the global economy.

“Our new plans have been designed around the needs of local communities and will meet carbon, air quality and noise targets, and provides the greatest benefit to the UK’s connectivity and its long term economic growth.

“We will create the world’s best connected, most efficient and most environmentally responsible hub airport at the heart of an integrated transport system.”

The commission’s recommendation is a fundamentally different proposition from previous proposals to expand at Heathrow.

It delivers a full-length runway, maximising the connectivity gain.

It is situated further west than the current runways, which will help to reduce the number of people affected by noise.

Any new runway should be accompanied by a ban on all scheduled night flights in the period from 23:30-06.00, the commission said.

The government should also make a firm commitment in parliament not to expand the airport further, the commission said, as there is no sound operational or environmental case for a fourth runway at Heathrow.

Davies added: “Adding capacity at Heathrow also provides an opportunity to change the airport’s relationship with its local communities as some overseas airports have done.

“To make expansion possible the Commission recommends a comprehensive package of accompanying measures including a ban on night flights and a new noise levy to fund a far stronger and more generous set of compensation and mitigation schemes.

“And as there is no environmental or operational case for a fourth runway, the government should take action in Parliament to rule it out firmly and finally.”