Ski pioneer Américo Astete has seen a statue unveiled in his honour at Chapelco Ski Resort in Argentina.

The sculpture was placed last year outside the 1,700 metre Graeff Refuge, but was only revealed to 98-year-old Argentine during one of his regular hikes on Chapelco mountain.

On discovering the statue, Astete said he felt honoured and joked: “They could have made it a little younger!

During the intimate ceremony, his son Juan Carlos Astete told LM Neuquén: “He was very well, he enjoyed it, he was moved. He was grateful and was even inside the shelter.”

It sits on one of the historic double chairlifts, one of the first lifts in Chapelco.

Carlos Astete added. “I had been impressed when I first saw it, but now with him next to it, even more so because it is so realistic. Credit to the artist. He did an incredible job.”

Américo Astete regularly skied in the local area until the age of 92. 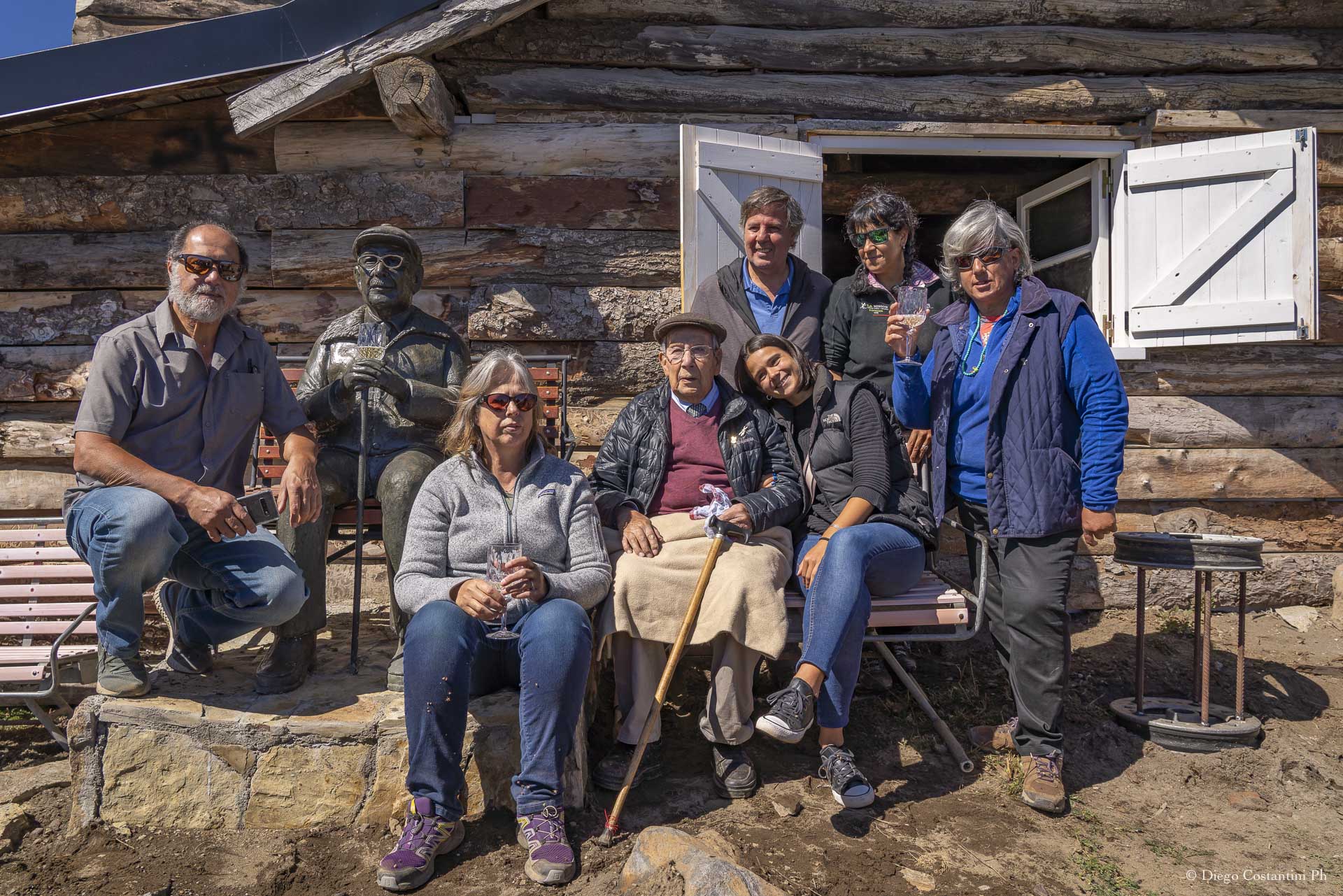 Juan Carlos continued: “We were scared for him because he was so fast.

“We never convinced him to wear a helmet, he was a danger.

“Then he had to have an operation for a stroke and the doctors forced him to stop skiing and driving.

“Dad was surely one of the people who worked the hardest in the history of Chapelco, right from the beginning, when Chapelco grew from nothing.

“At the end of 1945 a German named Federico Graeff arrived in San Martín de los Andes.

“With the knowledge he brought from the Alps, he began to get young people excited and taught them how to ski.

“The tribute to dad is much broader.

“It is a recognition of the history of Chapelco, personified in the sculpture, but it is also recognition to all those who started the activity in the 40s and 50s, to all the pioneers of Chapelco.”

Another emotional moment was the planting of a lenga tree to replace one cut down a few years ago because it was next to the slopes.

The species, characteristic of the Patagonian Andean forest, was planted on the side of the Graeff refuge by Américo and his family.

A number of members of his family were in attendance, several of whom have represented the national team in international competitions, and others as instructors.

The grandchildren continue the legacy on the slopes both in San Martín de los Andes and in Europe and the United States.

Américo said: “If I did anything for skiing in Chapelco, it was because I enjoyed it.

“I wanted to continue and share it with everyone.

“This tribute is not only for me, but for all those who continue to work for Chapelco.

“I am very happy and thank you very much.”