Abu Dhabi Tourism Authority (ADTA) has pulled together the most intercontinental sailing team ever entered for the gruelling nine-month, 39,000 nautical mile Volvo Ocean Race, signalling its intent to push for top honours in this 37-year-old ‘Everest of Sailing’.

The newest additions to Abu Dhabi Ocean Racing, who now make up a crew which spans five continents, include 2005/06 Volvo Ocean Race winner and 2008/09 runner-up, Robert Greenhalgh of the UK as watchleader; and double Volvo Ocean Race runner-up, Justin Ferris of New Zealand, as helm/trimmer and onboard sail-maker. 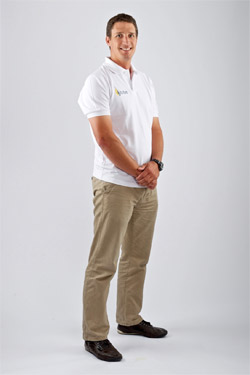 In addition, under-30s crew member, Paul Willcox of South Africa; and the USA’s Nick Dana, who will fill the non-sailing role of on-board Media Crew Member (MCM), have also been confirmed. 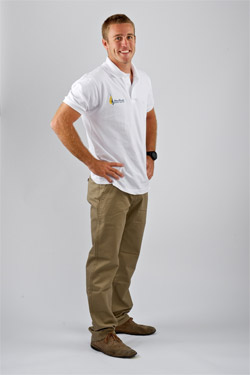 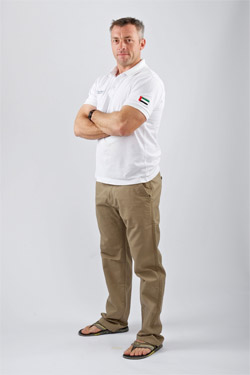 “Our vision for Abu Dhabi Ocean Racing has always been to assemble an elite group of athletes who are individually best-in-class and collectively personify the collaborative spirit of our competitive quest. With a multinational team in place, coupled with our international yacht design and build programmes now well in progress, we are most definitely on our way to realising this vision,” said His Excellency Mubarak Al Muhairi, Director General, ADTA - Abu Dhabi Ocean Racing team principal.

Greenhalgh, from Hamble on the UK’s south-coast, is another major coup for the Abu Dhabi outfit, which will make its race debut on the Alicante, Spain start-line this October. As one of the UK’s most talented next generation sailors, having won major championships in everything from small dinghies to round-the-world yachts, his previous Volvo Ocean Race winning experience will be critical to the team’s success.

In addition, Ferris - who hails from New Zealand’s Bay of Islands - has spent the past 10 years living and breathing the Volvo Ocean Race. Starting as a sail-maker for the winning ‘Illbruck Challenge’ in 2001, the dynamic Kiwi made the step up to join the Pirates of the Caribbean team for the first edition of the Volvo 70 class in 2005, then for Puma Ocean Racing in 2008.

And with the appointment of Dana, who was back-up MCM for Puma last edition; Willcox, the former South African sailor of the year; and the recently-announced Morgan, the double America’s Cup star; skipper Walker is up-beat about the team’s progress.

“We said we wanted to be highly competitive on all fronts; we are close to making good on that promise. With the ADTA, we have pulled together a record-breaking crew which will do justice to the team’s new, state-of-the-art Volvo Open 70 currently being manufactured in Italy. We will be highly-competitive when we line-up in Spain; of that I am 100 percent sure,” said Walker, who has spent the last seven months in the United Arab Emirates capital preparing the team for the ultimate round-the-world endurance race.

In addition, the team’s Emirati sailing stars, Adil and Butti, are currently mid-way though their own four-phase multi-country training programme which is designed to get them into top shape for the world’s toughest ocean race.

The duo, who beat off more than 120 UAE nationals to earn their places in the Abu Dhabi outfit, will spend the next two months split between the UK, Abu Dhabi and the Far East, learning a wealth of skill-sets, ranging from sea survival and boat knowledge though to advanced seamanship and strength training.

The programme, which combines instructor training and race experience, will be critical in the progression of the history-making youngsters, as they become the first UAE nationals to compete in the Volvo Ocean Race carrying on the spirit of the famed 15th century Emirati sea-navigator, Ibn Majid.

The 2011/2012 Volvo Ocean Race will start in Alicante, Spain next October and end in Galway, Ireland, in summer 2012. Abu Dhabi will welcome teams from January 1-14th 2012 after they complete a gruelling leg from Cape Town. The Volvo Open 70 racing yacht is sailed by professional athletes, who race around the world with the prevailing winds.