Four Seasons Resort Dubai at Jumeirah Beach has been honoured with the title of World’s Leading Luxury Resort at the prestigious World Travel Awards.

The title is in addition to the recognition as Middle East’s Leading Luxury Resort earlier in 2020 – and provides a strong base as the recovery from the impact of Covid-19 continues in the Middle East hospitality market.

Speaking to Breaking Travel News, Leonardo Baiocchi, general manager, Four Seasons Resort Dubai at Jumeirah Beach, said: “I think this is a tremendous recognition, especially as 2020 was a very different year for everybody in Dubai and around the world.

“We had our own set of challenges, none of which we could control, and I think we, as the Four Seasons did so well in putting in place safety measures for the guests and staff, which made us successful last year.”

He added: “I do not want to sound too bullish, but guests have kept coming, we received these awards and we are running at a high occupancy as this time – this is a testament to our philosophy this year.”

The title wins come at an exciting time for Four Seasons Resort Dubai at Jumeirah Beach, with the hotel having just launched Folia, meaning “from the leaves” in Latin.

The full Folia menu is available in the newly unveiled garden oasis purpose-built for the debut.

Folia will also be presented as part of the Hotel’s Wellness Menu in available in rooms and suites, designed for the health-conscious traveller.

“The United Arab Emirates’ launch of Folia at a dedicated venue, part of a property renowned for its natural beauty, is a huge milestone for our collaboration with Matthew Kenney.

“We see Dubai as an extremely important market for healthy cuisine, and we are confident that the residents of the Emirate will enjoy both the experience and atmosphere of the venue while delighting in the meal itself,” said Khaled.

The launch of Folia in Dubai follows the successful collaborations at sister properties in both Beverly Hills and in Bahrain.

Folia at Four Seasons Resort Dubai at Jumeirah Beach will be the first foray into the Emirates, featuring refreshing options for health-driven individuals.

Folia will be presented in the heart of the resort, in its own secluded garden oasis surrounded by lush shady palms; the perfect ambiance for plant-based cuisine. 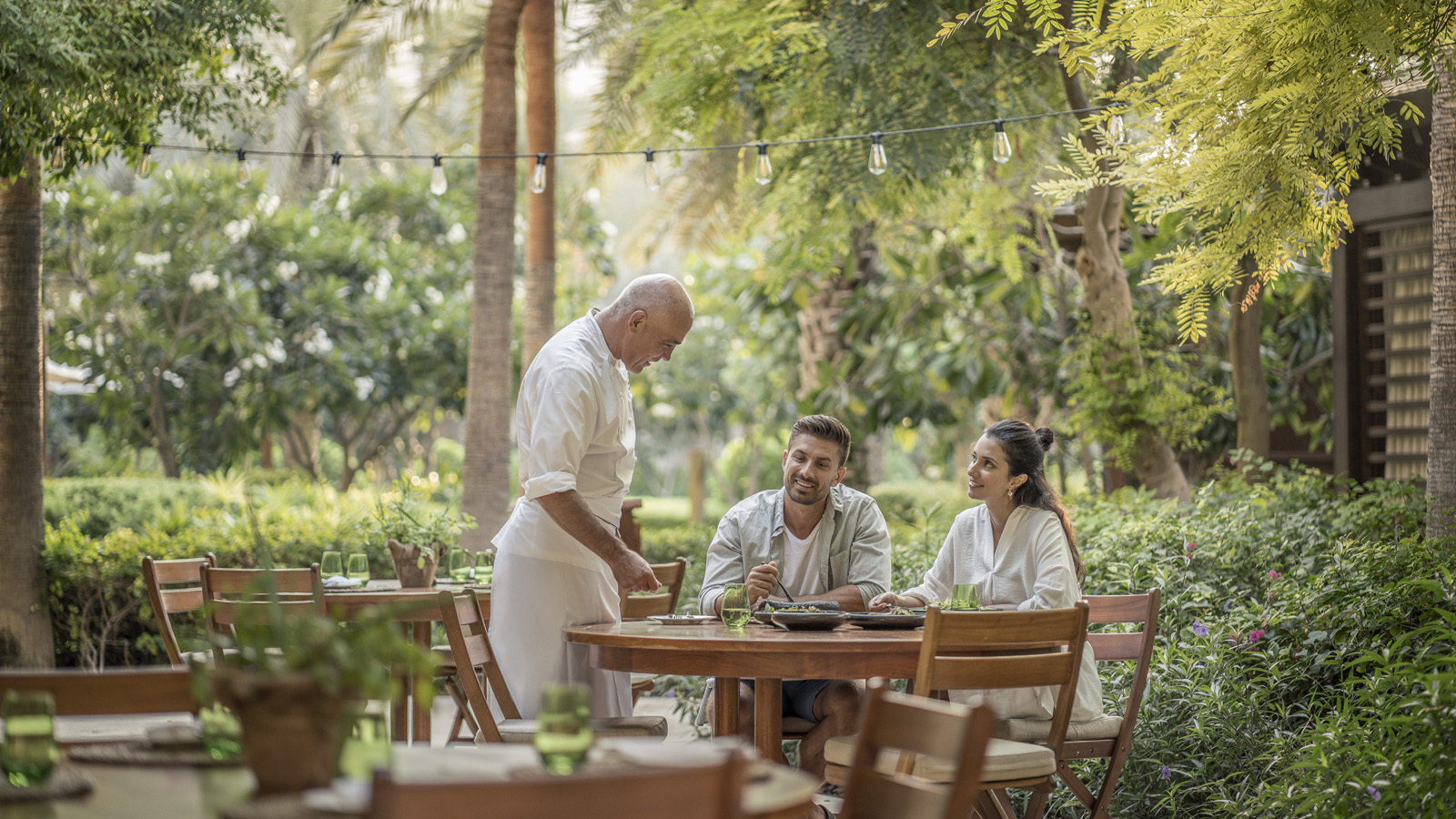 Four Seasons Resort Dubai at Jumeirah Beach is a seaside playground for travellers, with the waters of the Arabian Gulf on one side and the iconic cityscape of Dubai on the other.

Guess can dine alongside views of the Burj Khalifa at sunset at the open-air Mercury Lounge, join for an adventure of a lifetime in the desert or simply spend the afternoon relaxing poolside in a private cabana.