With the World Travel & Tourism Council preparing to welcome tourism industry leaders to Madrid for its annual Global Summit in April, Breaking Travel News here sits down with organisation president David Scowsill to discuss the agenda for the upcoming event.

Breaking Travel News: Last year you visited one of the fastest growing tourism destinations in the world, the People’s Republic of China, hosting the Global Summit 2014 in Sanya, Hainan Province. What was achieved during the event?

It explored the theme of ‘Changing world, new perspectives’ and examined the argument that governments should be taking tourism more seriously due to the huge contribution that the sector makes to positive change in our world.

The overriding message that the Summit delivered to governments was that tourism continues to grow and to drive global trade and cultural understanding, and that with partnership between the public and private sector, it can be a major force for good.

Being in China, it was inevitable that the economic performance of emerging growth markets and their burgeoning middle classes dominated discussions.

Being the world’s fastest growing economy, China is carrying out deep reforms to support the sector.

BTN: This year the World Travel & Tourism Council returns to Europe on April 15-16th for the Global Summit 2015, visiting the Spanish capital of Madrid for the first time. How has the tourism landscape changed during the previous 12 months?

DS: There have been many changes to the travel and tourism landscape over the last 12 months.

Despite troubles in the Ukraine, the Arab Spring, volatile financial markets, quantitative easing from central banks and the Eurozone not coming strongly out of recession, the tourism sector has continued to be resilient.

WTTC’s latest data show the sector grew by 3.6 per cent in 2014, contributing more than US$7 trillion to the global economy and outperforming the wider global economy (2.5 per cent) for a third consecutive year.

Tourism supported 274 million jobs, eight million more than in 2013. Looking at China specifically, the country continues to expand its tourism economy and hit 109 million international outbound trips in 2014, an increase of 11 per cent year on year.

Visa barriers to travel continue to be eliminated. Many parts of the world have seen major improvements.

President Obama announced that the USA and China had concluded a reciprocal agreement to increase the validity of tourist and business visas from one to ten years for each other’s citizens.

Some other G20 countries have followed suit in making progress with visa facilitation and promoting the growth of their economies.

For example, India introduced online visa facilities for 43 countries; the UAE extended visa exemptions to all EU citizens and Tunisia has eliminated visas for 20 more countries.

China has also expanded its transit visa programme, making it easier for passengers to stop over in a Chinese city on the way to their destination

The sharing economy has really taken off and appears to be an un-stoppable force. Companies like Uber and AirBnB are satisfying consumer demand, battling their way through legal and taxation objections from traditional players.

Those traditional businesses are reinventing themselves to compete with these new ‘disruptive’ models.

Social media activity in travel remains a long way behind sectors such as retail and fast moving consumer goods.

Mentions and reviews on social media continue to have an ever-increasing impact on travel decisions, but there is much further to go.

Experiential travel is on the rise due to the openness created by social media and the experience sharing it has allowed, which has developed the desire for immersion into different cultures.

Finally, the fall in the price of oil has been a key development in the last few months.

Lower fuel prices will lead to improved airline profits, which should bring a reduction in prices for consumers over time and a subsequent increase in the number of people with more disposable income travelling.

Conversely, lower oil prices will impact outbound tourism from major oil exporters such as Russia, and we will see less people taking international travel from these markets. 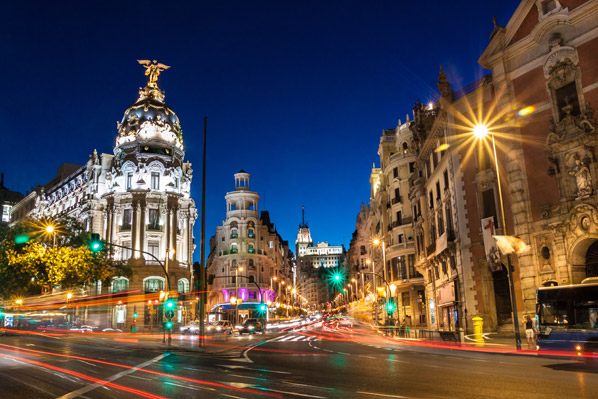 BTN: What are the objectives for the Global Summit 2015? What will be on the agenda? Can you tell us a little about the speakers you hope to welcome to the event?

DS: The programme centres on the theme of ‘Disruption and Reinvention’.

Tourism remains resilient, not only in the face of progressive technology, but also against economic downturns, terrorist attacks, social unrest, extreme weather events and health pandemics.

Government ministers from around the world and top global tourism leaders will come to Madrid in April to discuss the pressing issues affecting global tourism now and into the future.

The speakers will include leading representatives of the Spanish government, leading industrialists and financiers.

WTTC Members from around the globe - the chief executives of the world’s largest travel companies – will participate in the programme.

We will have a number of guests from outside the industry, including Ana Patricia Botín, chairman of the Santander Group.

And there are still some surprises that we will unveil shortly.

BTN: You recently revealed the finalists for the Tourism for Tomorrow Awards 2015, with the winners set to be revealed during the Global Summit. Can you tell us about the new head of the judging panel this year, Fiona Jeffery, and how the awards may change under her stewardship?

DS: As delivering ‘Tourism for Tomorrow’ is key to the mission of the Council, we are pleased to welcome Fiona Jeffery as chair of the Awards this year.

Fiona received the Order of the British Empire for her services to the British tourism industry and she is also well-known as the founder and chairman of the international water aid charity Just a Drop.

More recently she left her position as managing director of World Travel Market after 26 years, so with her expertise on our team and Graham Miller, a well-known British academic and professor in sustainable business, as chair of the independent judging panel, we have a team that gives that extra touch of prestige to the awards and which will help them to grow and to represent an even greater importance in the future.

This year, there will be five award categories, all most generously sponsored by leading figures and companies in the sector. People should expect it to be a great ceremony.

The World Travel & Tourism Council is the global authority on the economic and social contribution of travel and tourism.

It promotes sustainable growth for the industry, working with governments and international institutions to create jobs, to drive exports and to generate prosperity.

WTTC’s annual Global Summit brings together over 1,000 delegates to discuss the opportunities, challenges and issues facing the industry, while it’s Tourism for Tomorrow Awards recognise the industry’s power to be a positive force in sustainability.