The event is the most influential showcase on the calendar, and this year industry leaders gather with key government representatives to continue aligning efforts to support the recovery and move beyond to a safer, more resilient, inclusive and sustainable future.

As the event begins, a new global consumer survey has revealed that the appetite for international travel is now at its highest point since the start of the pandemic.

According to the survey of more than 26,000 consumers from 25 countries, conducted by YouGov for WTTC, 63 per cent are planning a leisure trip in the next 12 months.

The survey reveals that the appetite to travel shows no signs of slowing, with more than a quarter of consumers planning three or more trips over the same period.

Additionally, the survey shows that travellers from Australia will be the biggest spenders when it comes to international travel over the next 12 months, with jet setters from Canada, Saudi Arabia, and the Philippines also expected to spend more than other travellers from around the globe.

According to the YouGov ‘global tracker’, the attractiveness and positive impression of Saudi Arabia as a destination continues to grow, with the highest scores across countries in the Gulf region, along with Indonesia, India, Malaysia and Thailand.

“As we kick off our Global Summit in Riyadh bringing together global travel leaders and governments from around the world, travellers are getting ready to explore the world again.

“The results of this global survey also show the growing importance of sustainable travel amongst consumers.”

Almost two thirds of those surveyed (61 per cent) stated they prefer travel brands and destinations that are more sustainable, whilst almost half (45 per cent) said they will only spend their hard-earned money with brands that are socially and environmentally responsible.

Ban Ki-Moon was recently confirmed as the first major speaker at the upcoming summit.

During his tenure he championed sustainable development, climate change and gender equality at the top of the UN agenda.

He served as South Korean foreign minister from 2004 to 2006 and now serves as deputy chair of the Elders.

Ban will be spearheading the esteemed group of industry leaders that will gather with key government representatives from across the globe to align their efforts to support the sector’s recovery and move beyond to a safer, more resilient, inclusive and sustainable tourism sector.

“It is a pleasure to have such an influential speaker confirmed for our Global Summit in Riyadh.

“Our event will bring together many of the world’s most powerful people in Travel & Tourism to discuss and secure its long-term future, which is critical to economies and employment around the world.”

Ahead of the Global Summit, flag-carrier Saudia Group and the Saudi Arabia Ministry of Culture signed a memorandum of understanding to collaborate on promoting the distinctive culture of the country throughout the world.

This agreement is in line with the commitment to achieving the goals of Vision 2030 to promote the cultural sector by creating exceptional cultural experiences that touch the senses of guests on board being the first gateway for the traveller to Saudi.

The role of the group is not limited to only creating these cultural experiences, but it also extends through its sponsorship and support for cultural events and festivals such as the first edition of the Red Sea International Film Festival, Diriyah Contemporary Art Biennale, and the support it has extended to the Ministry of Culture in celebrating the ‘Year of Arabic Calligraphy’ by adorning two of its aircraft with a special livery marking the initiative.

And its support to the ‘Year of Saudi Coffee’ initiative.

For 77 years, Saudia has strived to bring elements of Saudi culture to the destinations it serves.

With the establishment of the Ministry of Culture in 2018, coupled with Saudia’s significant network expansion, Saudi Arabia is primed to impart its fascinating customs to a wider audience.

This is in line with Vision 2030 which looks to celebrate the nation’s rich and unique dialect, culture, tradition, heritage, and culinary identity as shaped by the diversity of its people.

Ibrahim Al-Omar, director general of Saudia, said: “We firmly believe it is our mission as the Kingdom’s national carrier to bring Saudi Arabia to the world and the world to Saudi Arabia by crafting exceptional Saudi experiences for our guests throughout their entire journey.

“This purpose of this agreement is to formalize SAUDIA’s role in the Saudi Arabia cultural movement, not only by providing a unique experience onboard and in our Alfursan Lounges, but right throughout our partnerships and sponsorships.” 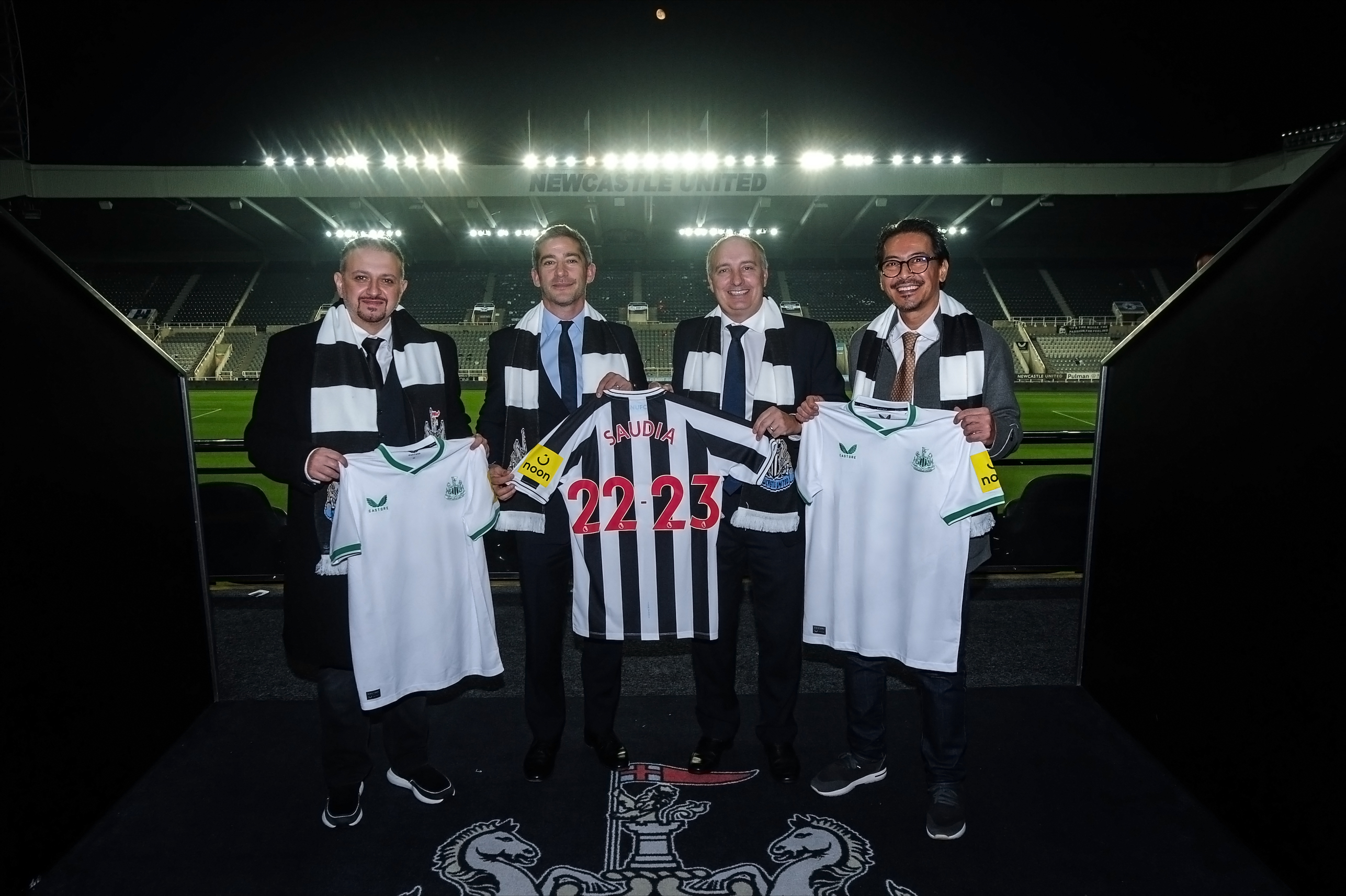 At the same time, Saudia has partnered with Newcastle United as the club prepares for a warmer weather training camp in Riyadh this December.

The carrier will be the club’s Official Tour Airline Partner as the team travels to the Kingdom, where they will play Saudi Pro League champions Al-Hilal FC during their stay, as part of the Diriyah Season 2022.

Newcastle United, known as the Magpies, will travel to and from the Saudi Arabian capital on-board Saudia as part of the partnership.

The collaboration will also see the airline introduce the partnership’s official digital hub; Saudia-newcastleunitedfc.com that will allow fans to win exciting prizes and once in a lifetime experience.

Khaled Tash, Saudia group chief marketing officer said: “We are committed to bringing the world to Saudi Arabia, and this includes partnering with global sporting giants to further evolve our landscape.

“We hope to form a cultural bridge between Saudi Arabia and the world as we believe our culture has the potential to transcend borders and inspire and connect with guests from around the world in new and meaningful ways.”

Commenting on the partnership, Newcastle United chief commercial officer, Peter Silverstone, said: “While Newcastle United is on an exciting and ambitious journey to grow our global reach and fanbase we are also very focussed on growing our fanbase and following in Saudi Arabia and rest of the Middle East.

“Our ambition is to become the most supported global football team in Saudi Arabia, a country whose 38 million population includes a large, young, passionate and highly engaged football community.”

Ahead of the World Travel & Tourism Council Global Summit Breaking Travel News has published a series of features examining the developing tourism sector in Saudia Arabia.

Take a look here for explorations of the cities of Riyadh and Jeddah.

There is also more on the giga-projects at AlUla, NEOM, the Red Sea, AMAALA and Diriyah Gate.

Find out more about visiting the fast-emerging Saudi tourism scene on the official website - or there is more on the Global Summit here.