The event is the most influential showcase on the calendar, and this year, industry leaders gather with key government representatives to continue aligning efforts to support the recovery and move beyond to a safer, more resilient, inclusive and sustainable future.

As Saudi Arabia itself continues to develop its offering, Breaking Travel News is publishing a series of features on the destination in honour of the event.

Today, we explore AlUla - a place of extraordinary human and natural heritage.

For thousands of years, northwest Saudi Arabia attracted people who came to take advantage of the abundant resources offered by its fertile oases.

AlUla was one of them and became a vital crossroads along the famous incense-trading routes running from southern Arabia, north into Egypt and beyond.

With oases dotting the area, it offered a much-needed respite for weary travellers, becoming a popular place to rest, commune and recharge.

AlUla was also capital of the ancient kingdoms of Dadan and Lihyan, which controlled the caravan trade.

Hegra, a UNESCO World Heritage Site, was the principal southern city of the Nabataean kingdom, famed for its spectacular monumental tombs.

Today, Old Town AlUla is an abandoned labyrinth of streets tightly packed to create a defensive wall, and seemingly built over an ancient settlement.

This largely undiscovered expanse holds a timeless mystery that has been carried through its complex history.

Layer upon layer of human history and a wealth of natural wonders are waiting to be explored, from dramatic rock formations and sand-swept dunes to archaeological ruins that trace the lives of the ancient cultures who built cities here.

Today, as Saudi Arabia continues to open to tourism, authorities are inviting guests to come journey through this living museum.

The Royal Commission for AlUla (RCU) was established by royal decree July 2017 to preserve and develop AlUla, a region of outstanding natural and cultural significance in north-west Saudi Arabia.

The long-term plan outlines a responsible, sustainable, and sensitive approach to urban and economic development that preserves the area’s natural and historic heritage while establishing AlUla as a desirable location to live, work and visit.

This encompasses a broad range of initiatives across archaeology, tourism, culture, education, and the arts, reflecting a commitment to meeting the economic diversification, local community empowerment, and heritage preservation priorities of the Kingdom of Saudi Arabia’s Vision 2030 programme. 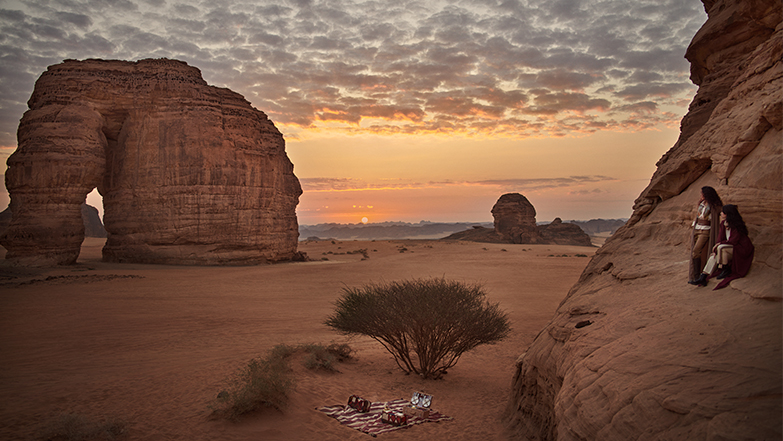 As interest in the site continues to grow, RCU recently entered the world of the Metaverse for the very first time with a to-scale and completely immersive 3D model of Hegra’s Tomb of Lihyan, Son of Kuza, UNESCO World Heritage site.

Created in the vast and rapidly expanding digital landscape, Decentraland, the world-famous AlUla monument will be accessible to virtual tourists, who will be able to explore its unique features from anywhere in the world.

Marking AlUla’s very first-ever venture into the innovative digital realm, and the first UNESCO World Heritage site in the Metaverse, a trip to Hegra will be just as impressive, inspiring, and mesmerising as in real life.

Visitors will be able to take a 360 tour of the Hegra’s most famous and imposing tomb, set amongst a realistic rendering of AlUla’s desert landscape and its wild surroundings.

A focal point for the online exploration of AlUla, Decentraland ‘tourists’ will be able to immerse themselves in Hegra’s history by entering the tomb and activating information points to reveal its story in vivid, interactive detail.

Although inaccessible in the real world, virtual visitors will be able to step through the tomb’s imposing doorway, presented in realistic dimensions.

An extension of the popular AlUla Moments season, the exciting activations will digitally introduce people to the wonders of AlUla through the fascinating, high tech lens of the Metaverse, making the rich culture, heritage, and traditions of north-west Arabia more accessible to more people than ever before.

A decentralised, online repository of wisdom, landmarks, and experiences, the Metaverse is the ultimate destination for Hegra as part of RCU’s development of AlUla into the world’s largest living museum, in both the real and digital world.

Amr AlMadani chief executive of RCU, said: “Our entry into the Metaverse is a ground-breaking development in innovation and virtual reality tourism that connects the whole world with the wonders of AlUla.

“As the custodians of a unique culture, fascinating heritage, and ancient traditions, the adoption of the latest technologies represents the next exciting step for RCU’s commitment to empower AlUla’s regeneration – moving from the physical to the digital realm and accessible to everyone, everywhere.

Referred to as the ‘lonely castle’ in English because of its distance from other monuments, it is the largest preserved site of the ancient Nabataean civilisation south of Petra in Jordan. 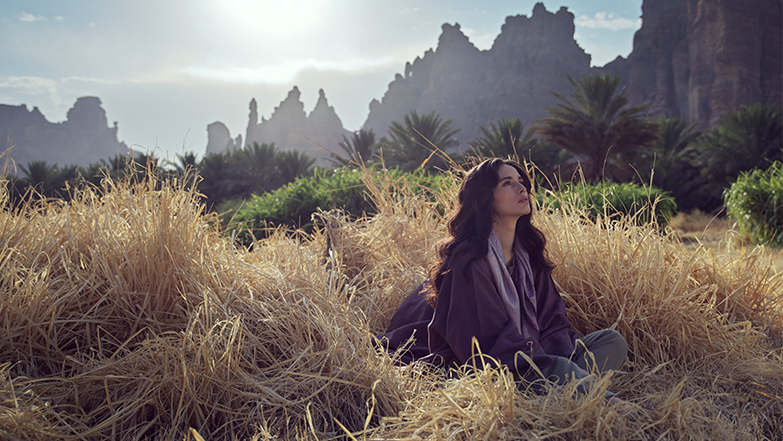 It is now also easier than ever to visit, with flydubai launching direct flights earlier this year.

The start of a twice-weekly service is expected to welcome thousands of guests each year.

There is no other destination that equals AlUla for fascinating ancient history, heritage and culture combined with high-end luxury settings and experiences - and now increasingly more easily accessible for both leisure and business visitors.

With the addition of AlUla, flydubai’s network in Saudi Arabia has now grown to six destinations including Dammam, Jeddah, Madinah, Riyadh and Yanbu.

Find out more about visiting the ancient city of AlUla on the official website.