Travelodge Hotels has announced the appointment of Gerald Lawless, Executive Chairman of Dubai-based luxury hospitality brand, Jumeirah Group, as a Non Executive Director. He will join the board with effect from 3 May 2011.

Gerald has been with the Jumeirah Group, which is owned by Dubai Holding, since 1997. Over the last 14 years, he has spearheaded the company to become one of the most distinctive and innovative hospitality groups worldwide. He has also been responsible for launching the most famous hotel in the world, the seven star Burj Al Arab, voted “World’s Leading Hotel” by World Travel Awards.

Prior to joining the Jumeirah Group, he had a 23-year career with Forte Hotels, where he managed hotels in the UK, South Africa, Ireland and the Caribbean. In 1991 he established Forte’s Middle East office in Dubai, and oversaw growth in the region from three to twenty hotels within six years. 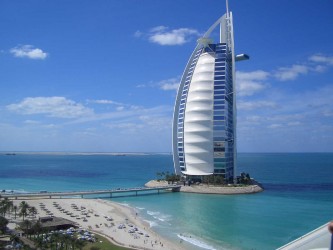 Grant Hearn, Travelodge Chairman said: “We are delighted to welcome Gerald to our board. As a strong international leader, Gerald has a proven track record of building highly successful global hospitality brands. His vast experience and knowledge will be a great asset in helping our growth strategy and taking Travelodge into new territories both in the UK and internationally.”

Gerald Lawless said: “I am pleased to join the board of Travelodge and look forward to contributing to the continued success of the company, as a representative of Dubai Holding.”

Gerald Lawless is a Graduate of Shannon College of Hotel Management in Ireland and holds an Honorary Degree of Doctor of Business Administration in Hospitality Management by the Johnson & Wales University, State of Rhode Island in the U.S.A.