The Public & Municipal Company of Tourism, Civic Promotion and International Relations of Guayaquil has been recognised with the title of World’s Leading City Tourist Board at the World Travel Awards.

Here Breaking Travel News speaks to Gloria Gallardo, president of the organisation, to find out how the title will impact on the city as the tourism market gradually reopens.

Breaking Travel News: The Public & Municipal Company of Tourism, Civic Promotion and International Relations of Guayaquil has been recognised with the title of World’s Leading City Tourist Board at the World Travel Awards – how does it feel to have won?

Gloria Gallardo: As a Guayaquilian and as a public official, president of the Municipal Public Company of Tourism of Guayaquil, it was an honour to receive for the fourth time this award.

Without a doubt, this recognition is a testimony of our commitment and dedication for our beloved city of Guayaquil, always working with soul, life and heart to turn the Pearl of the Pacific into a consolidated tourist and meeting destination at a regional and global level.

This worldwide recognition shows once again that working together with love, passion, and commitment, it is possible to go far and achieve the unattainable. 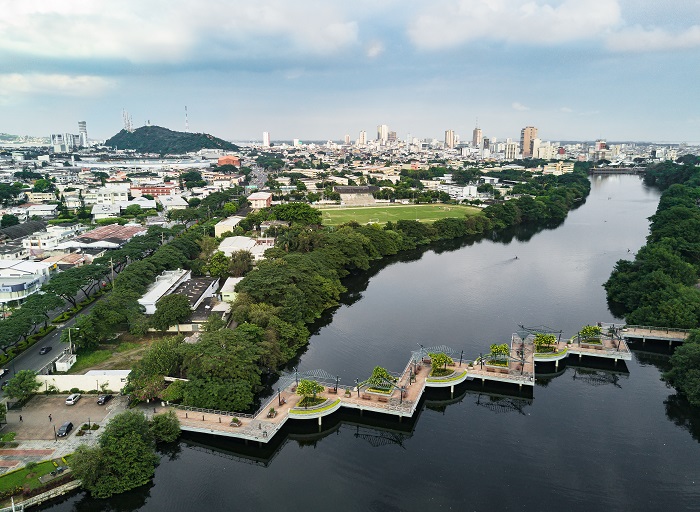 BTN: After what has been a challenging year for tourism, how will victory at the World Travel Awards allow the city to prepare for the gradual reopening of the hospitality sector as we move into 2022?

GG: Guayaquil, by being recognised for the second time as South America’s Leading Meetings & Conference Destination, and for the first time as South America’s Leading City Break Destination, will provide a greater opportunity in terms of competitivity, will position Guayaquil as an excellent alternative to host international events in the following years and also these awards will contribute to reopening the hospitality sector.

In addition, having a company recognised for four years in a row as the World’s Leading City Tourist Board and as the South America’s Leading City Tourist Board, will allow our city to be known as an emerging destination that is growing faster and consolidating as a tourist destination worldwide, and also that is working hard to recover from crisis due to the efficient work in applying the security measures.

BTN: What do you think attracted voters to the city of Guayaquil? What separates it from competitors around the world?

GG: Guayaquil, the city of the river and the estuary, has become the principal gateway to Ecuador due to its connectivity, excellent weather all year round and its attractive and diverse tourist offer.

With its beautiful sidewalks, its beautiful landscapes and incredible nature, it continues to incorporate more spaces dedicated to history, culture, entertainment and gastronomy.

The National Cocoa Museum has just been inaugurated, the iconic Panama Street where cocoa was dried, is today one of the favourite places of locals and foreigners.

Guayaquil has everything to live the greatest experiences, an open city to explore it, to enjoy it, to discover it at all times, having as our best characteristic the joy, warmth and hospitality of our people.

BTN: Where does Guayaquil stand with the reopening of tourism? Is the city, and Ecuador more generally, currently welcoming overseas travellers?

GG: In Guayaquil the tourist activities are reactivating positively due to the local city hall authorities continue taking control over to restrain the negative effects of the pandemic.

The tourism industry of Guayaquil has been supported by the mayor of the city, Cynthia Viteri Jimenez, who are working together with the Public and Municipal Tourism Company of Guayaquil, that I lead, in the committee named ‘United for the Reactivation of Tourism in Greater Guayaquil’, which includes the main representatives of the tourist industry, through which has been possible to adopt measures that has benefit the entire tourist sector.

Guayaquil strictly maintain the biosecurity protocols in all establishments and has become a safety destination.

The reactivation is even more visible considering that the Jose Joaquin de Olmedo International Airport of Guayaquil just reached a historic milestone in international passenger traffic.

For the first time, since 1997, the economic capital of Ecuador is the main airport for the entry and exit of foreign travellers, displacing the Mariscal Sucre airport in Quito.

For this and more, Guayaquil has become the gateway to Ecuador and the Galapagos Islands, welcoming overseas travellers with the warmth and hospitality that characterises us.

Find out more about the work of the Public & Municipal Company of Tourism, Civic Promotion and International Relations of Guayaquil on the official website.