If the stress of opening a new luxury hotel in the midst of a global pandemic weighs on Peter Høgh Pedersen, it does not show. Sitting in the gleaming new atrium of Villa Copenhagen earlier this month, the manging director of the property is full of boundless enthusiasm for the project and what it means for the Danish capital. Despite the dismal outlook for much of the hospitality sector in Europe, it has been an exciting few months he explains. “We opened on July 1st, having taken the decision to move ahead regardless of the situation with Covid-19 – and we had a blast. The first seven weeks we welcomed a lot of Danish tourists, up to 90 per cent of our guests were Danes, while the rest were from Norway. So we had a wonderful summer.”

He adds: “We were a bit surprised, as we had prepared otherwise, so we were calling some of the staff back who we had kept on hold. I cannot say it has not been a bumpy summer, because it has, but people have been impressed with what we have done with the building and what we are looking to create here.” 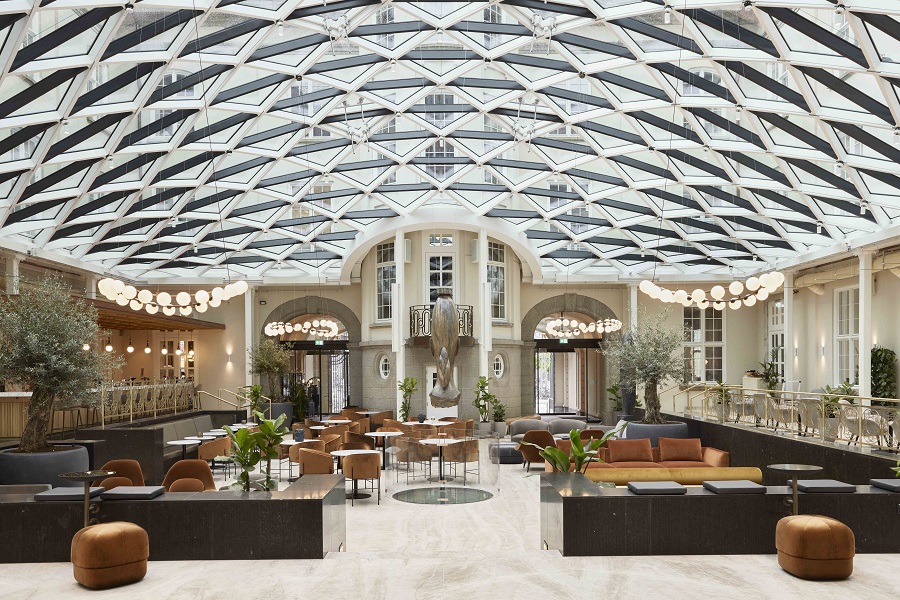 When you have a project as grand as Villa Copenhagen, however, it is easy to be excited. Located next to the central train station in the heart of the city, the new venture is housed in the former headquarters of the Danish Post & Telegraph Office. Originally designed in 1912 by architect Heinrich Wench in a neo-Baroque style, it has been completely reimagined inside while the imposing façade remains. Today, contemporary Scandinavian design is juxtaposed with the original architecture to create an inspiring and playful ambience. Walk through the main entrance and the feeling is more like that of a private members club than a luxury hotel, with an informal, but cultured, atmosphere.

“We wanted to offer something different to the market and I am very happy with what we achieved here,” Pedersen tells Breaking Travel News. “Very early on we decided to create a lot of public areas. This has been tried by the Hoxton or Ace Hotel, for example, creating space to invite people in, but this is new in Copenhagen. We have been very verbal, sharing this, teaching the market about what it is we offer. This used to be the central post office, and we are seeking to maintain that connection, but in a modern context. We want people to come in, to chat and to create an atmosphere.” 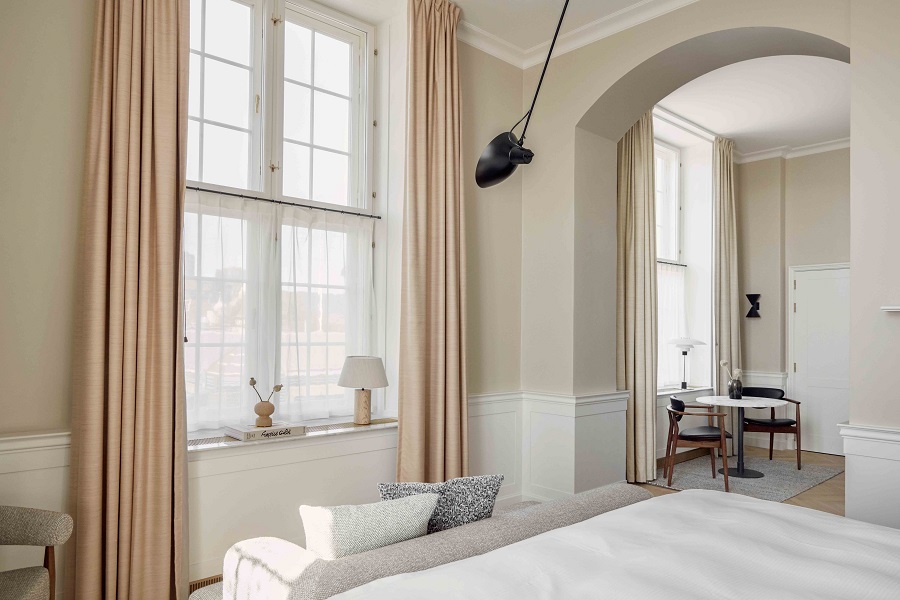 With the work complete, Villa Copenhagen is comprised of 390-guestrooms and suites, each embodying the best of both traditional and contemporary Scandinavian luxury. There are high ceilings, herringbone floors and gold accents, while the original window designs from 1912 have been given a new lease of life. All guestrooms are equipped with flat-screen HDTVs with streaming access, complimentary coffee machines, fully stocked minibars and the other amenities expected of a hotel in this bracket. Rooms are centred around the main foyer – known as the Square – while the Kontrast Brasserie provides a link to the outside world.

Pedersen continues: “The themes are the same with the restaurant, we have a space outside right over the railway tracks – you might think there would be concerns over the noise, but it has gone down well. We are trying to create a flow of people, a social space – it is not like the Savoy in London when a stiff doorman asks if he can help you while he is checking you out. We want local Copenhageners to come in and enjoy the space.” 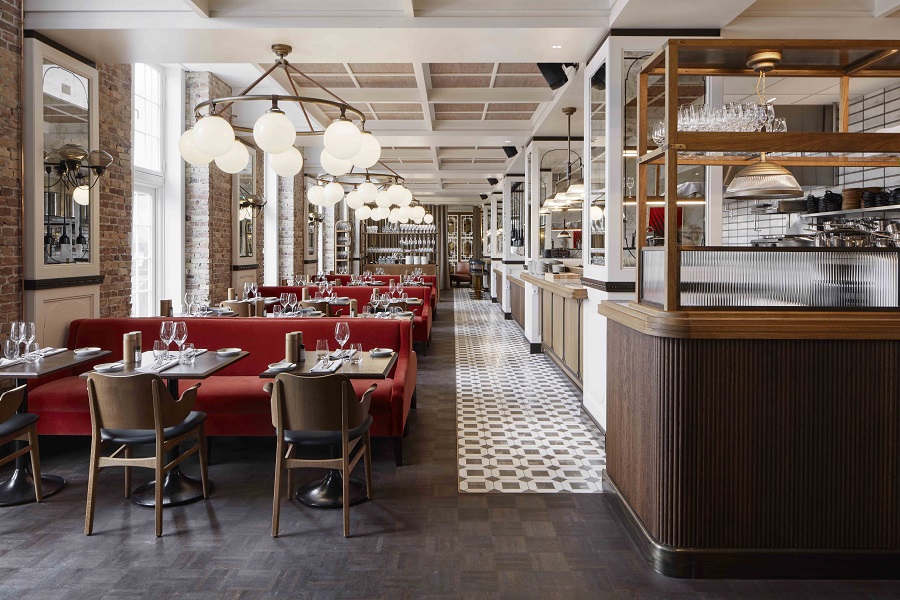 As with any hospitality project on this scale – Pedersen reveals the building cost an initial €100 million, with the same again spent on the renovations – sustainability is to the fore at Villa Copenhagen. Under the phrase ‘conscience luxury,’ the team seeks to make sensible choices that take the environment and communities into account. It is hoped guests will gain an understanding that this brand of luxury is about enjoying everything from grand experiences and unexpected encounters to quality food and inspiring surroundings.

Pedersen elaborates: “We wanted to redefine luxury for Copenhagen – there are of course top hotels here, but nothing like this. Everybody expects hotels to take these steps these days, but Copenhagen is seen as a leader in this area, so the hotel had to be seen to be the best. When we began to talk about what we were doing here, partners were very interested in the pioneering steps we were taking. For example, the pool uses a centralised cooling system, taking excess heat from the hotel to warm it, while there is also a BioTrans system, which grinds our food waste to be converted into fuel.”

He adds: “We took away the plastic wrapped slippers offered to guests, instead offering flipflops you can buy – we cannot tell if you have used them, so we have to throw them away, which does not make sense and is a tremendous waste. On the next level, we worked with Copenhagen-based Earth Studio to design our conference chairs, taking out kilograms of recycled plastic from the sea to create 1,000 seats – the hotel is filled with ideas such as these. The building itself is a sustainability story, with huge amounts of carbon saved by converting an existing structure as opposed to building a new one.” 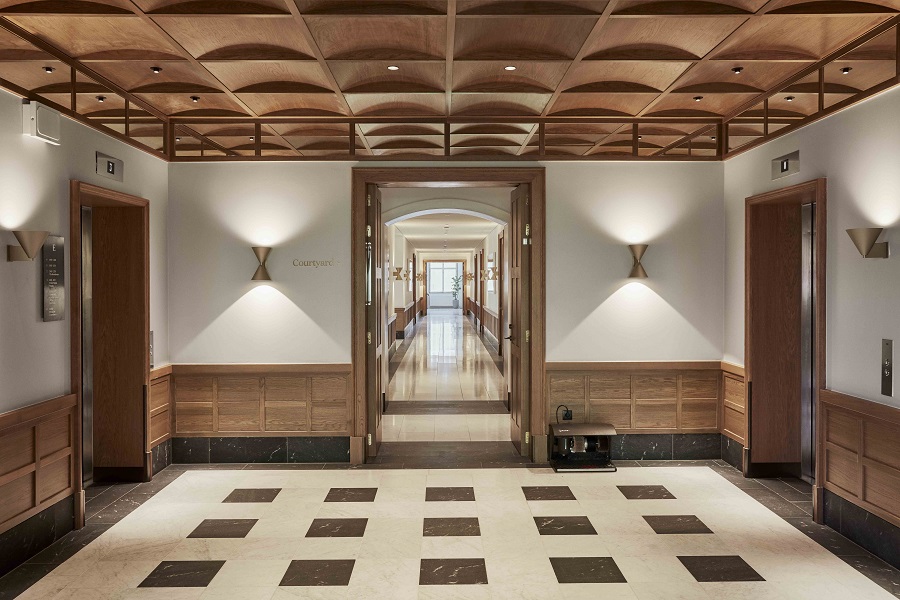 Of course, even with such a desirable asset, not everything will be plain sailing for Villa Copenhagen. Denmark appears to be entering a second phase of its Covid-19 pandemic, with restrictions on travel being re-imposed. There also problems unique to the city.

“In Copenhagen, coming into 2020-21, we were already seeing an overcapacity of hotel beds. At the same time, tourism growth is slowing, and the curve is not matching the increase in capacity. We were therefore already on our toes, competing more intensely with other properties in the market are those that are preparing to open. Compared to somewhere like London, it is not a large market here, but people have different agendas, different owners and landlords – so there will be somebody who is a little hungrier than somebody else and we may see rates fall. We saw that even before Covid-19, with rates not achieving the usual increases.”

But, with those caveats, Pedersen and his team have created something new in Copenhagen, something durable that will likely last out the current storm to become an institution in its own right. 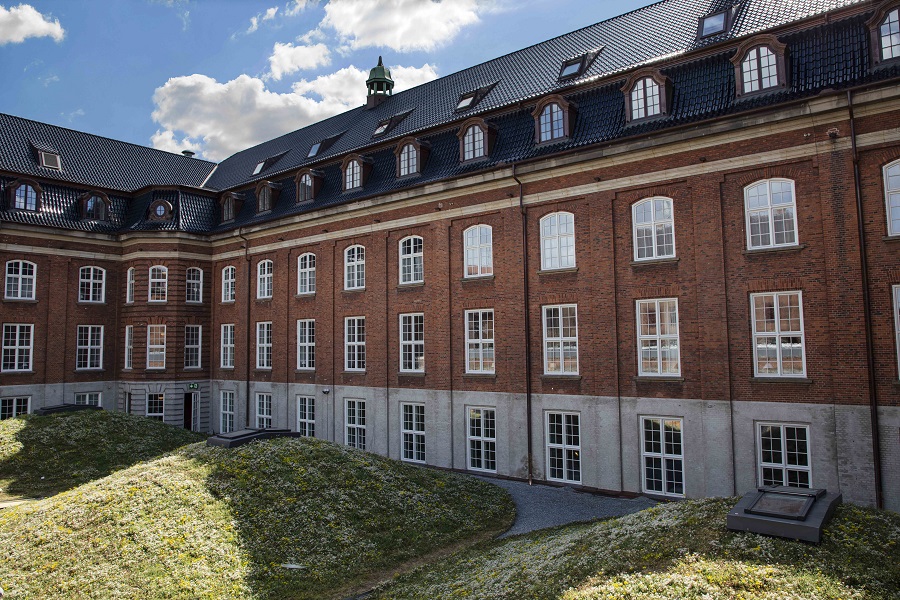 Villa Copenhagen is a part of Nordic Hotels & Resorts, a curated collection of 25 independent properties spread across Norway, Sweden, Denmark and Finland. Founded by Petter Stordalen, each property in the collection reflects its strong independent identity through unique destinations and cultural authenticity, as well as thought-provoking design, architecture and art.

The hotel is also a member of Preferred Hotels & Resorts, which represents renowned properties that feature the finest accommodations coupled with attentive, engaging and exclusive personal service.

Find out more about Villa Copenhagen on the official website.