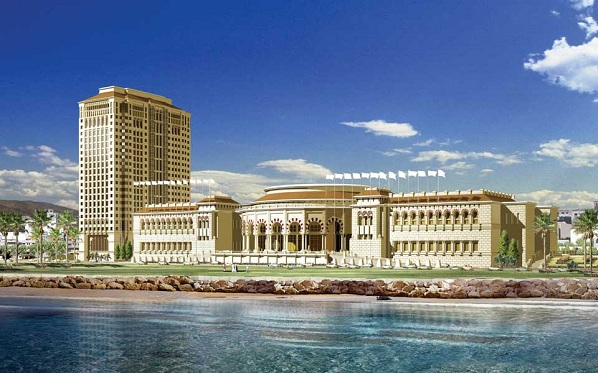 Marriott International has completed its acquisition of Starwood Hotels & Resorts Worldwide, creating the largest hotel company in the world.

The deal was finalised today as the Chinese Ministry of Commerce granted its approval, removing the last barrier to the transition.

The deal brings together a host of world-beating brands, with Marriott operating The Ritz-Carlton, Bulgari Hotels & Resorts, Moxy Hotels and JW Marriott among many others.

At the same time, Starwood brings Sheraton, W Hotels, Westin and The St. Regis to the table.

Among the newly created portfolio are the Ritz-Carlton Riyadh – set to welcome the AMEX World Luxury Expo in early 2017 – and The St. Regis Dubai, which will host the World Travel Awards Middle East Gala Ceremony later this month.

The boards of directors of both companies unanimously approved a definitive merger agreement earlier this year.

The transaction combines Starwood’s leading lifestyle brands and international footprint with Marriott’s strong presence in the luxury and select-service tiers, as well as the convention and resort segment, creating a more comprehensive portfolio.

The merged company will offer broader choice for guests, greater opportunities for associates and should unlock additional value for Marriott and Starwood shareholders.

Combined, the companies operate or franchise more than 5,500 hotels with 1.1 million rooms worldwide.

Shareholders in Starwood will receive $21.00 in cash and 0.80 shares of Marriott International Class A common stock for each share of Starwood Hotels & Resorts Worldwide common stock.

Former Starwood shareholders will be entitled to receive Marriott’s quarterly cash dividend of $0.30 per share of Marriott common stock that Marriott’s board of directors declared on September 13th and which is payable to all Marriott shareholders of record at the close of business today.

In that case, Starwood’s former public shareholders will not receive the dividend declared by Starwood’s board of directors on September 13th, 2016. 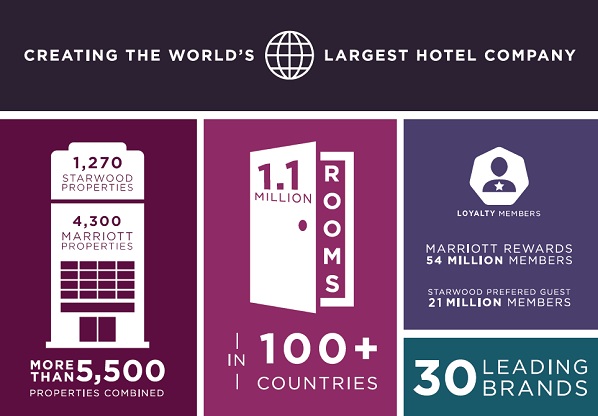 Commenting on the deal Kevin Rolfe, group editorial director at VENDS, said: “Following the merger between the two giants of the hotel industry, Starwood and Marriott, one of the biggest challenges facing Marriott will be connecting with travellers and the promotion of the new combined loyalty program which will have to be rolled out over the coming months.

“Atmosphere Research has found that while 28 per cent of hotel guests belong to hotel loyalty programs, 40 per cent of air travellers belong to airline programs.

“The use of social media, already a major platform for the Marriott’s marketing for its individual brands will be crucial in conveying the benefits of the new enlarged Marriott’s reward program to its already large customer base, and more importantly potential new customers.”

Marriott expects to deliver at least $200 million in annual cost savings in the second full year after closing.

This will be accomplished by leveraging operating and general and administrative expense efficiencies:

“This is an opportunity to create value by combining the distribution and strengths of Marriott and Starwood, enhancing our competitiveness in a quickly evolving marketplace.

“This greater scale should offer a wider choice of brands to consumers, improve economics to owners and franchisees, increase unit growth and enhance long-term value to shareholders.

“Today is the start of an incredible journey for our two companies.

“We expect to benefit from the best talent from both companies as we position ourselves for the future.” 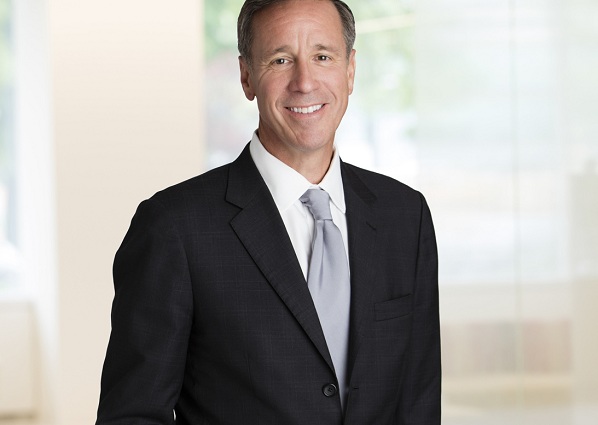 Arne Sorenson will continue to lead the new company

One-time transaction costs for the merger are expected to total approximately $100 to $150 million.

Transition costs are expected to be incurred over the next two years.

Marriott will assume Starwood’s recourse debt at the closing of the transaction.

Marriott’s board of directors following the closing will increase from 11 to 14 members with the addition of three members of the Starwood Board of Directors.

Al Habtoor City in Dubai is one of the most exciting developments in the Starwood pipeline, welcoming The St. Regis Dubai, W Dubai and The Westin Dubai to the hospitality market

J.W. Marriott, Jr., executive chairman and chairman of the board of Marriott International, said: “We have competed with Starwood for decades and we have also admired them.

“I’m excited we will add great new hotels to our system and for the incredible opportunities for Starwood and Marriott associates.

“I’m delighted to welcome Starwood to the Marriott family.”

Both brands have been successful in a variety of fields in the recent past, picking up a host of awards.

At the same time, JW Marriot Marquis Dubai has itself taken a number of awards.

Bruce Duncan, chairman of the board of directors of Starwood Hotels & Resorts Worldwide, said: “During our comprehensive review of strategic and financial alternatives, it was clear that our talented people, world-class brands, global leadership and spirit of innovation were much admired and key drivers of our value.

“Our board concluded that a combination with Marriott provides the greatest long-term value for our shareholders and the strongest and most certain path forward for our company.

“Starwood shareholders will benefit from ownership in one of the world’s most respected companies, with vast growth potential further enhanced by cost synergies.” The St. Regis Doha is a jewel in the Starwood crown

Starwood Hotels has a long heritage in the industry, beginning as we know it today out of Starwood Capital Partners, a Chicago-based real estate company headed by Barry Sternlicht, in 1991.

It eventually became Starwood Lodging in 1996 and in 1999, it changed from a real estate investment trust to a corporation.

In 1997 Starwood bought Westin for $1.8 billion and ITT Sheraton Corporation for $14.3 billion, giving the chain a portfolio of 650 hotels in 70 countries.

More recently, the Starwood Preferred Guest loyalty program, with its lack of blackout dates and capacity controls, has become the industry standard, while the group was also the first to appear on Snapchat and Instagram.

These strengths, and many more, will now be incorporated into the Marriott behemoth.