Breaking Travel News: Can you tell us a little about the operation of the Abu Dhabi Falcon Hospital this year – have your activities been hard hit by the Covid-19 shutdown?

Margit Gabriele Muller: Due to the Covid-19 pandemic, our facility was closed for tourism for four and a half months.

Like for all tourism destinations, this came very unexpected as we had already a lot of tour bookings that had to be cancelled.

BTN: Tourism plays a large role your operations, with the hospital welcoming thousands of guests each year. What does the loss of this market mean to the facility?

MGM: Despite the circumstances, we were still lucky that the closure for tourism was more towards the lower tourism season as our main season is the winter season.

Although the loss of the tourism market has affected us, we have other pillars that were still working very well as we are originally a veterinary hospital and laboratory. 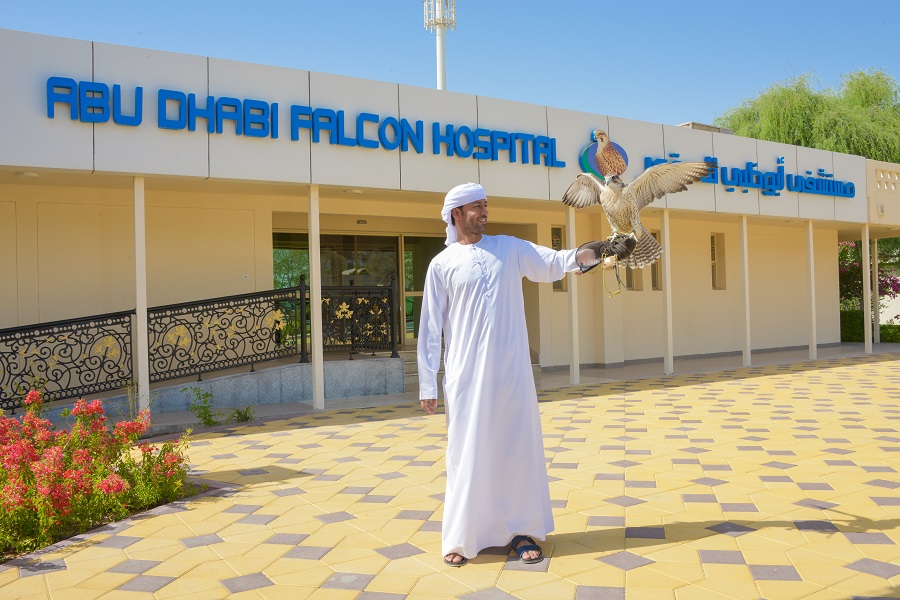 BTN: When do you hope to welcome patrons back to Abu Dhabi Falcon Hospital?

MGM: Following of the improvement of the situation and easing of local preventive restrictions in United Arab Emirates, we resumed again our tours by mid-August.

We now see already again a renewed interest in our tours.

We have implemented special Covid-19 preventive measures. We were excited to have guests again at our hospital.

BTN: Can you tell us a little about the role of falconry in the Middle East? It holds a cherished place within the region?

Some 40-50 years before today, Abu Dhabi had a completely harsh dessert life.

In former times, wild migrating falcons were used for falconry. They were trapped and then used by humans, who carried them 24-hours a day for up to two weeks.

They used falcons for hunting, and the prey was used as food for their family.

In spring, falcons were released when the migrating falcons returned to their own habitat.

Therefore, falcons were a necessity for Bedouins to survive in the desert.

Bedouins consider falcons as cherished member of their families, almost the same as children.

BTN: Abu Dhabi Falcon Hospital is in the running for the Middle East’s Sustainable Tourism Award at the World Travel Awards this year. How do accolades such as these help you carry out your work?

The visibility, credibility and prestige that winning the Middle East Responsible Tourism Award brings to Abu Dhabi Falcon Hospital is such a wonderful support in highlighting our tours through the world of falcons to a worldwide audience.

Being the largest and leading hospital for falcons worldwide, tours take the guests in the world of falcons which provides an unforgettable and unique experience.

The Abu Dhabi Falcon Hospital has received more than 50 international awards and recognitions including the World Responsible Tourism Award in the years 2016 and 2017.