With just days to go until the launch of ITB Berlin 2012 – the world’s leading travel trade show – Breaking Travel News sat down with David Ruetz, head of the annual event, to discuss what visitors can expect this year.

Breaking Travel News: ITB Berlin has firmly established itself as the most significant event of its kind in Europe, if not the world. To what do you attribute this success?

David Ruetz: The show provides an accurate picture of the state of the world travel industry: not only are all sectors of the leisure market represented but, with its Business Travel Days, ITB Berlin acknowledges the growing importance of a vital and expanding segment.

In addition, ITB Berlin is staging the largest and most important convention of industry experts in the world since 2004.

Experts from every source and destination country in the world find out about the latest industry trends and discuss business strategies at the accompanying ITB Berlin Convention.

From March 7th to 11th 2012 we expect around 11,000 exhibiting companies and organisations from more than 180 countries to be present in the 26 halls on the Berlin Exhibition Grounds.

These figures are an impressive reflection of ITB Berlin’s importance as the world’s leading travel trade show.

BTN: How do you stay ahead of the competition; for example, World Travel Market in London?

DR: The best way to ensure a trade fair is successful is for it to continuously evolve as an industry platform. This attracts both trade visitors and members of the general public, something which ITB Berlin has accomplished very well.

Intense networking and obtaining the latest industry information are crucial to a buyer’s success. We therefore expect to be even more attractive to buyers from all over the world in the future. 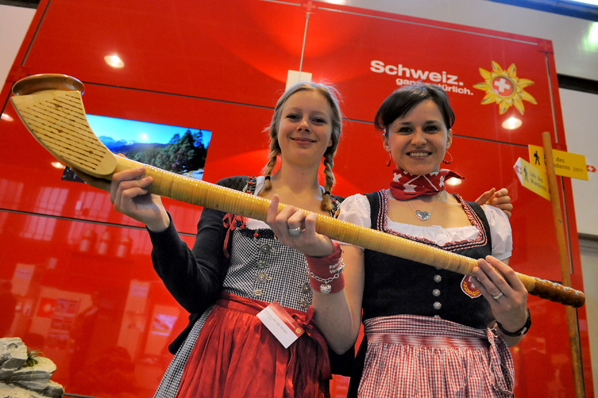 Delegations are expected from around the world

BTN: Talk us through the 2012 incarnation of the event; have you seen a drop in attendees during the economic downturn, or do you feel the market has now turned a corner?

DR: The numbers of exhibitors at ITB Berlin are still constantly growing and the number of trade visitors is stable.

Every year ITB Berlin attracts more and more decision-makers from abroad. Currently more than 40 per cent of buyers are from foreign countries.

As such, ITB Berlin not only boasts the world’s most diverse and international range of exhibitors, but is also the event with the most trade visitors from abroad.

With the global economy slowing down considerably and people mainly skeptical in their expectations, this year’s ITB Berlin is more important than ever for exhibitors and trade visitors.

In this phase ITB Berlin will be able to demonstrate its qualities as a networking platform and marketing instrument.

Consumer and travel trends in times of the financial crisis will be an important issue at the ITB Berlin Convention on March 7th 2012.

Hans-Werner Sinn, a leading economist and the president of the ifo Institute in Munich, will discuss the current economic situation and its effects on tourism in his keynote speech entitled ‘Global economic developments and the situation in Germany and Europe’.

This event is part of the ITB Future Day and will take place in the London Room in Hall 7.1b.

Fortunately, German citizens’ enthusiasm for travel and consumer goods remains high, a fact underlined by an FUR travel survey. According to its findings, in 2012 nearly one in four German citizens intend to travel more than in 2011.

BTN: What can returning visitors expect to find has changed this year?

DR: Bookings for ITB Berlin are level with last year’s and we expect visitor attendance to remain high too. This is the first year that Greenland will be represented at its own stand in Hall 4.1 and we see a participation of North Korea, too.

After a long absence Lufthansa is back at ITB Berlin. Bangladesh, Chad, Congo and Ivory Coast are also back at the show.

Several cruise tour operators including Passat Kreuzfahrten, TUI-Flussgenuss, Hapag-Loyd and Plantours are newcomers to the show in Hall 25, where IT service providers can also be found due to the Travel Technology halls selling out early.

There are certain regions coming up very strongly: more Asian countries will be represented at ITB Berlin than ever before.

India also reports strong growth and will be occupying an entire hall. As partner country Egypt will be centre stage.

And finally I would like to mention the ITB Berlin Convention which boasts a wide-ranging and very topical programme. Full details of the events can be found here. 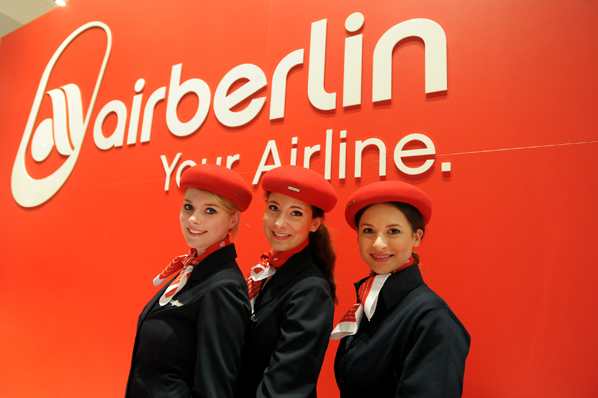 airberlin will be discussing its recent agreement with Etihad Airways

BTN: Looking to the future, do you feel events of this kind are threatened by the improvement of telecommunications, video conferencing and the like?

The contacts are of a very high quality, as meetings take place between interested and well prepared business partners in the presence not only of the products being offered by the exhibitor but also of a representative display of the industry.

ITB Berlin not only boasts the world’s most diverse and international range of exhibitors, but is also the event with the most trade visitors from abroad.

In the light of these advantages, in terms of the value they offer nothing can better face-to-face meetings at a trade fair.

We make use of the many possibilities offered by the internet and social networking sites in order to improve our trade fair services.

However, they are no substitute for face-to-face meetings at trade fairs.

BTN: Egypt has taken on the role of Partner Country during ITB Berlin 2012. Can you tell us a little bit about how the destination will be getting its message out at the event?

DR: The land of the Pyramids is one of the largest exhibitors at the world’s leading travel trade show.

At ITB Berlin 2012 international trade visitors and the general public will be able to find out more about Egypt’s attractions as a travel destination on an area of 1,960 square metres.

Occupying its own hall, Egypt will be exhibiting a cultural treasure trove, a wide range of tourism products and holiday regions in all their variety.

It will spoil visitors with its legendary hospitality.

Being the partner country, Egypt will be organizing the opening ceremonies of ITB Berlin 2012 on March 6th 2012 at the International Congress Center (ICC) Berlin, and will also be presenting various cultural events and culinary delights during the fair. 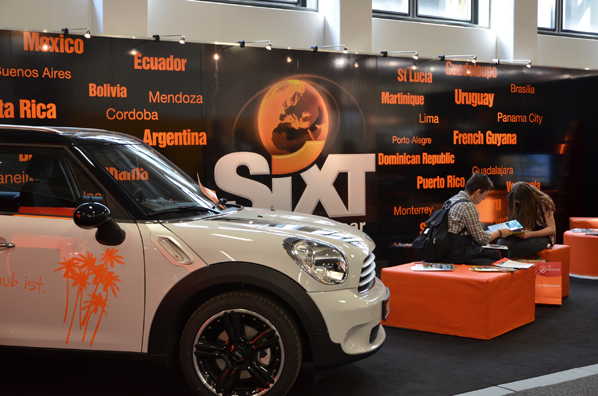 BTN: Do you think tourism in the country has recovered after a year of turmoil?

DR: Egypt hopes for a recovery in tourism in 2012.

We think that being the Official Partner Country of ITB Berlin can help to move forwards.

But one has to admit that security is the biggest concern of tourists.

Therefore, everything depends on the domestic political situation.

But as by now tourists seem to be safe in the traditional hot spots like Hurghada on the Red Sea coast.

BTN: Which other destinations do you see growing in importance over the next 12 months?

DR: Priorities among travellers in Europe will likely vary, depending on their particular country’s economic situation.

Faced with a recession many will want to save money.

According to experts European tourists are increasingly opting for low-cost destinations outside the eurozone.

Turkey is the winner in this situation and in 2012 will no doubt post good results.

Spain, Bulgaria and Croatia are also very successful destinations at the moment.

Generally speaking, the forecast is for short breaks within Europe to become more popular.

BTN: Corporate Social Responsibility continues to be a major theme at ITB Berlin. Can you tell us a little bit about how the event highlights the importance of this area?

DR: All areas of corporate and social responsibility are hot topics at the world’s leading travel trade show.

More issues are now being covered than ever before; including accessible tourism, human rights, seals of approval, geoparks, rainforests and over-exploitation of resources.

Corporate social responsibility has been top of the agenda at the ITB Berlin Convention for many years. The Destination Days (March 7th-9th), MICE Day (March 7th) and Mobility Day (March 9th 2012) will all be addressing aspects of climate change and sustainable tourism.

In a noteworthy keynote speech Felix Finkbeiner will talk about the future of transport, for example. In front of an audience the 14 year-old initiator of the “Plant for the Planet Children Initiative” will set out the next generation’s expectations.

For many years the ITB CSR Day has been driving discussion forward. On March 8th 2012 there will be lectures and panel discussions attended by tour operators, technical colleges, the hotel industry and non-profit organisations who will be debating sustainability certificates and accessible tourism.

BTN: With ITB Asia now established are there any plans to expand the brand further?

DR: As by now we don’t have any plans to expand the brand further, but we are continuously monitoring the market.