As tourism slowly restarts in an increasing number of countries, the World Tourism Organisation (UNWTO) has released new data measuring the impact of Covid-19 on the sector.

After several months of unprecedented disruption, the World Tourism Barometer reports that the sector is beginning to restart in some areas, most notably in northern hemisphere destinations.

At the same time, restrictions on travel remain in place in a majority of global destinations, and tourism remains one of the worst affected of all sectors.

Against this backdrop, UNWTO has reiterated its call for governments and international organisations to support tourism, a lifeline for many millions and a backbone of economies.

The gradual lifting of restrictions in some countries, together with the creation of travel corridors, the resumption of some international flights and enhanced safety and hygiene protocols, are among the measures being introduced by governments as they look to restart tourism. 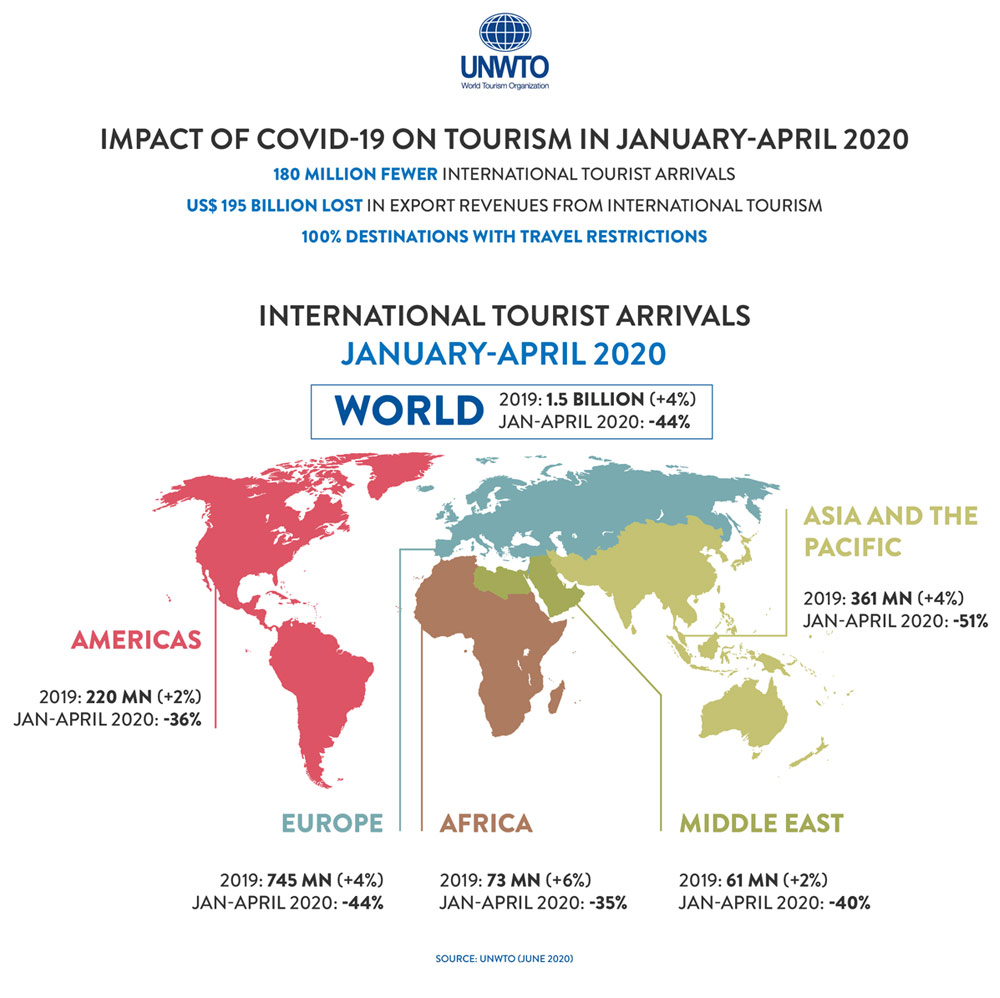 “It is vital, therefore, that the restart of tourism is made a priority and managed responsibly, protecting the most vulnerable and with health and safety as the sector’s number one concern.

“Until tourism’s restart is underway everywhere, UNWTO again calls for strong support for the sector in order to protect jobs and businesses.

“We therefore welcome the steps undertaken by both the European Union and individual countries including France and Spain to support tourism economically and build the foundations for recovery.”

While April was expected to be one of the busiest times of the year due to the Easter holidays, the near-universal introduction of travel restrictions led to a fall of 97 per cent in international tourist arrivals.

This follows a 55 per cent decline in March.

At the regional level, Asia and the Pacific were the first to be hit by the pandemic and the worst hit between January and April, with arrivals down 51 per cent in that period.

Europe recorded the second-largest fall, with a 44 per cent drop for the same period, followed by the Middle East (down 40 per cent), the Americas (down 36 per cent) and Africa (down 35 per cent). 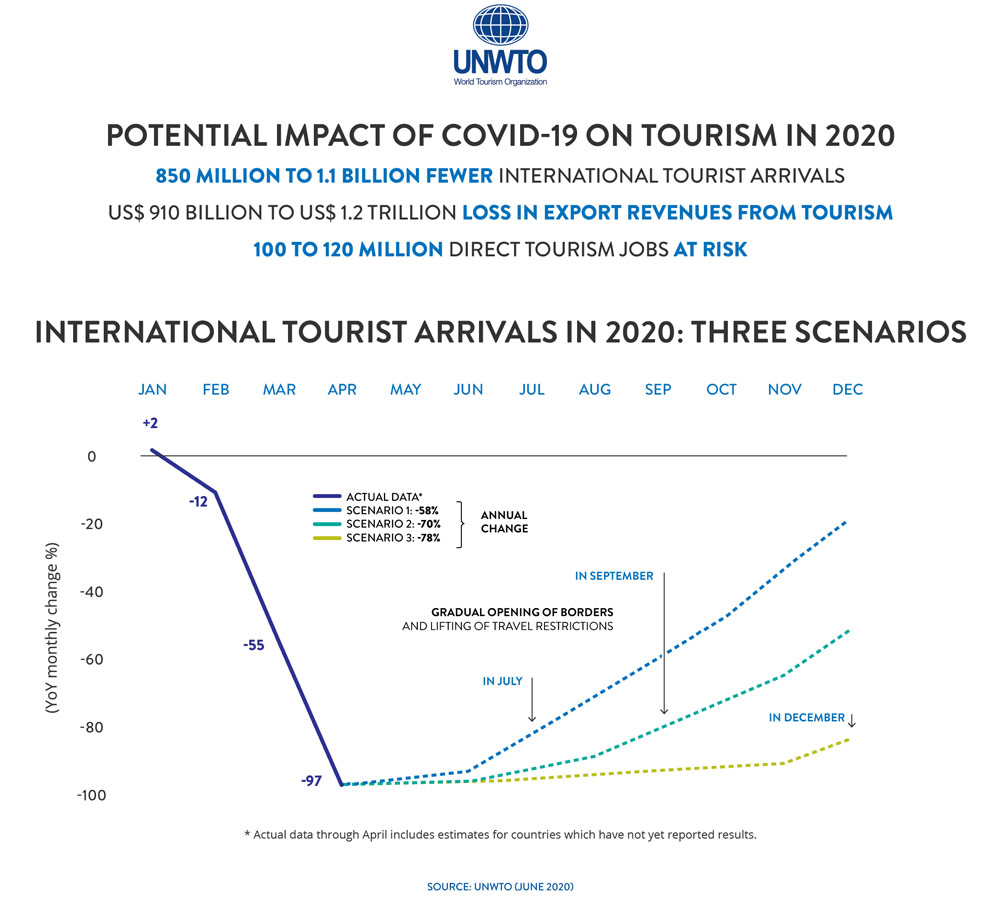 In early May, UNWTO set out three possible scenarios for the tourism sector in 2020.

These point to potential declines in overall international tourist numbers of 58 per cent to 78 per cent, depending on when travel restrictions are lifted.

Since mid-May, UNWTO has identified an increase in the number of destinations announcing measures to restart tourism.

These include the introduction of enhanced safety and hygiene measures and policies designed to promote domestic tourism.