EON Reality, a world leader in augmented and virtual reality based knowledge transfer for industry and education, has announced David Scowsill will take up the role of chief executive with the company.

The former head of the World Travel & Tourism Council stepped down earlier this year.

He was replaced at the organisation by former Mexican minister of tourism, Gloria Guevara Manzo.

In his new role, Scowsill will succeed Mats Johansson, who will continue to serve on the board and as president of EON Reality.

Scowsill has also been appointed to the board of directors.

“This will have a dramatic impact on all of our lives, with many jobs being automated and others being created.

“EON Reality is at the epicentre of this tsunami, accelerating knowledge transfer to students and professionals alike.

“I am delighted to be joining the EON family at this critical stage, when the company is scaling rapidly, developing the technology platform and rolling out interactive digital centres around the world.” 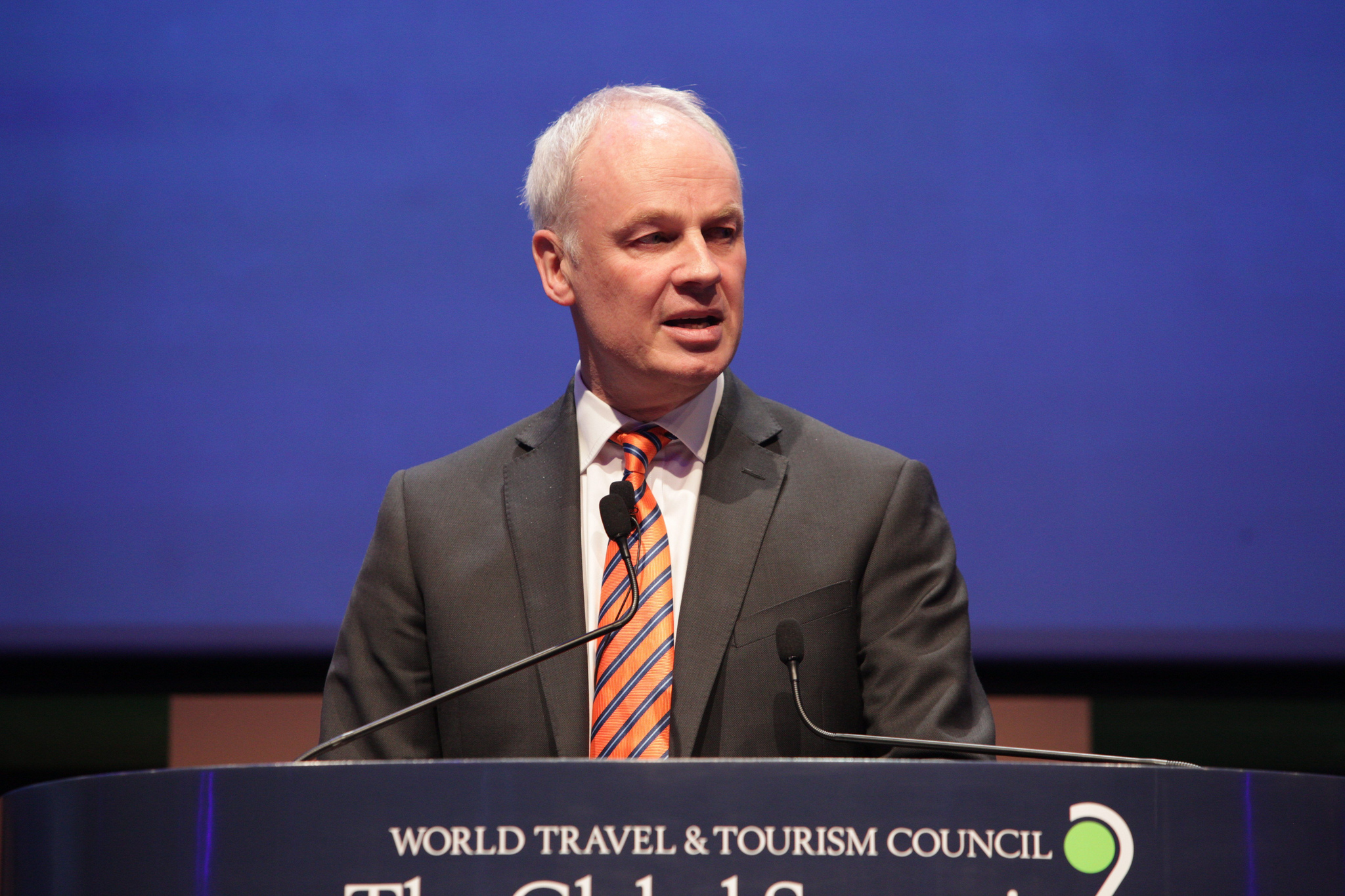 The World Travel & Tourism Council is a private sector research and advocacy organisation that represents the travel industry globally.

Scowsill doubled membership over the last five years, through an outreach to globally operating companies in Asia and bringing in a mix of online and technology businesses.

Regularly providing current affairs and financial commentary on CNN, BBC, Bloomberg, CCTV and CNBC, he has interviewed many high-profile individuals and heads of state including presidents George Bush and Bill Clinton and former prime ministers Tony Blair and David Cameron.

He drove a program of visits with 85 heads of state to promote a sector which supports 294 million jobs and generates ten per cent of world GDP.

Prior to joining the WTTC as president in November 2010, Scowsill was an independent chairman and director who built an extensive network in private equity and venture capital.

He worked for six years with private equity houses, completing multiple deals in the technology and travel sectors.

Here he built the company from start-up to a €500 million transaction turnover in two years, before the business was sold in 2004 to Amadeus, a technology company that serves the global travel industry.

Scowsill joined the board of Hilton International in 1997 as senior vice president of sales, marketing, and IT, driving a $100 million technology development program and leading the marketing brand re-unification between the two Hilton shareholder companies.

He has also previously worked at British Airways, from 1993 to 1997, as director for Europe/Middle East, and as regional general manager Asia/Pacific.

Leading the operations throughout south-east Asia, Japan, China and Australasia, he negotiated the joint service agreement and global alliance with Qantas, which became the model for future collaborative airline agreements.

He is a graduate from the University of Southampton, UK, where he received a BA honours degree in Spanish and Latin American Studies.