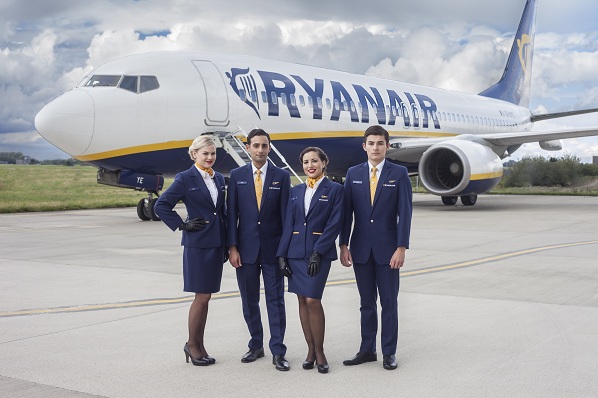 Ryanair has unveiled its new crew uniforms, set for launch later this year

The carrier predicted the cost of tickets could fall by between six and eight per cent in the second half of 2015, as airlines battled it out to attract passengers.

The average cost of a single one-way journey with the airline presently sits at €47.

However, Ryanair said it expects “very aggressive” price cuts later this year as the delayed impact of falling hedged fuel prices is passed on to consumers.

Robin Kiely, Ryanair head of communications, pointed to Germany as one potential battleground.

With the flag-carrier Lufthansa battling staff strike and high-costs, there was a clear opportunity for low-cost airlines to boost its market share, he explained.

Calling this the “right time” to invest in the destination, Kiely revealed Ryanair hopes to boost its market share in Europe’s largest aviation market from four to seven per cent over the course of the next financial year. 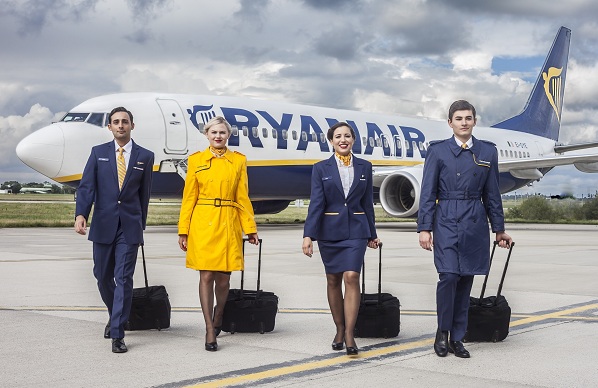 Under the planes, Ryanair plans to offer over 150 routes out of London next summer, carrying some 22.8 million passengers.

Speaking in London, Kiely also outlined plans for Ryanair’s ‘Always Getting Better’ programme, revealing the airline would welcome new interiors for its aircraft from 2016.

Also new to the carrier are revamped uniforms for staff, and a new, personalised website.

After introducing allocated seating, a second free carry-on bag allowance, Family Extra and Business Plus services, and reducing fees in year one of the programme, reduced sports and airport fees and the launch of Ryanair Car Hire will also now follow in year two.