The Nigerian Civil Aviation Authority (NCAA) has issued an ultimatum to local operators over unpaid debts. The agency ordered the airlines to begin repayment of debts over N45.29 billion ($108.8 million) or face suspension.

The head of the country’s aviation regulatory body has called on airlines to formulate a plan and come to an agreement with the agency within the next month as the country’s aviation industry faces increasing financial challenges. The announcement comes after concerns about unrepatriated funds caused international carriers, including Emirates and Delta Air Lines, to cut services to the African nation.
At a meeting with representatives of the local carriers in Abuja on Tuesday, Director General of the Nigerian Civil Aviation Authority, Musa Nuhu, issued a stark warning for the nation’s domestic carriers to address their debt obligations:

“The airlines must enter an MoU (Memorandum of Understanding) on how they will pay their debts in the next 30 days from August 30th, 2022 or their license will be suspended at the expiration of the deadline.

Where the debt comes from
The call for settling debts comes as Nigeria’s aviation market faces uncertain times. An increase in fuel costs, a volatile exchange rate, and limited access to funds affected both domestic and international carriers.

The charges in question constitute the vast majority of incoming revenue for the agency and come from the statutory charges paid by customers on airfare. Mr Nuhu claims that while customers pay the costs, airlines have yet to remit the funds to the Nigerian Civil Aviation Authority.

The agency receives the statutory 5% Ticket Sales Charge and Cargo Sales Charge (TSC/CSC), which currently totals ₦19 billion ($44.9 million) and $7.8 million and accounts for 85% of NCAA’s revenue. The airlines also owe the Federal Airports Authority of Nigeria ₦18 billion ($42.6 million) for landing and parking charges. Rounding up the debt total is the ₦5 billion ($11.8 million) owed to the Nigerian Airspace Management Agency for terminal and navigation charges.

In response to claims that the charges owed were unfair, Mr Nuhu responded that the charges, which have not changed in 13 years despite the rising cost of providing services, were comparable and even lower than those of nearby countries such as Ghana.

Reaction from the airlines
The Airline Operators of Nigeria (AON), which represents airlines in the nation, responded to the allegations and strongly reiterated that its members were not intentionally defrauding or withholding funds from government agencies.

Vice President of AON, Allen Onyema, emphasized that airlines worldwide operated on a credit basis, and Nigerian airlines were no exception. The organization, however, urged its members with outstanding debts to negotiate with the relevant agencies to enact reasonable repayment plans. 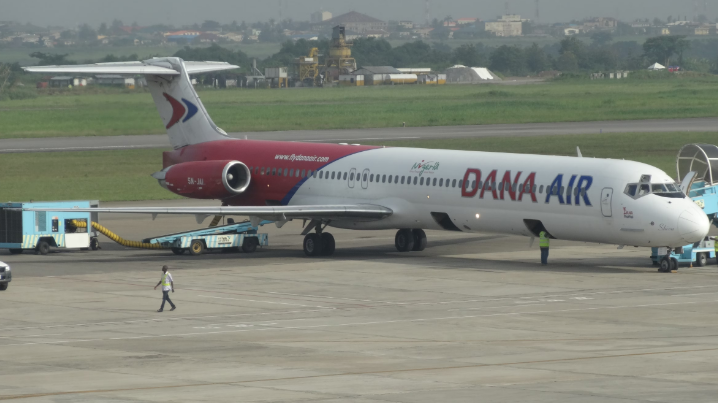 In a statement this week, Onyema highlighted the fact airlines in Nigeria are operating in a harsh environment and called for the easing of tensions:
“It is true that some of our members have very bad debts but not all our members owe such debts. The owing of debts in itself does not amount to fraud. We frown very strongly at the criminalisation of all Nigerian airlines as a result of the said debts.

“It is pertinent to point out that some of these debts are owed by some airlines that are no longer in existence.”

Nigerian airlines are not alone in facing liquidity issues. Middle Eastern carrier Emirates threatened to withdraw services from the country over unremitted funds before agreeing to reduce its schedule to the nation.

Delta Air Lines similarly axed its services from New York to Lagos yet remains committed to the country and promised to reroute its customers via services from Atlanta or its joint venture partners.