Underscoring Le Méridien Hotels & Resorts 50th anniversary this year, the brand is celebrating its mid-century modern legacy as it puts a spotlight on renovations that accentuate and elevate this timeless style using design as a foundation to encourage guests to linger longer and savour the good life as travel returns. Part of Marriott Bonvoy’s portfolio of 30 extraordinary hotel brands, Le Méridien boasts over 105 hotels and resorts in coveted destinations around the world, inviting creative-minded, culture seekers to explore the world in style.

“Le Méridien has stayed true to its roots and the rich legacy dating back to its origin in the 1960s. When we look at this revival, it’s not simply about renovations. It’s a nod to the past, but it’s also about recognising how we’ve adapted and evolved to meet ever-changing needs of today’s world traveller,” said Jennifer Connell, Global Brand Leader, Le Méridien Hotels & Resorts and Vice President, Distinctive Premium Brands, Marriott International. “Travel is back and with that, we want our guests to experience locations with a pace befitting leisure and relaxation while enjoying life’s simple pleasures in familiar, yet chic locales.”

Today, the brand’s quintessential design embodies a refined, yet playful aesthetic inspired by the French Riviera and the effortless and relaxed charm of the Mediterranean. Every detail is brimming with a contemporary, sophisticated and glamorous style. Always chic and with an eye to culture, each hotel and resort within the portfolio looks to share a little-known dimension of the destination. 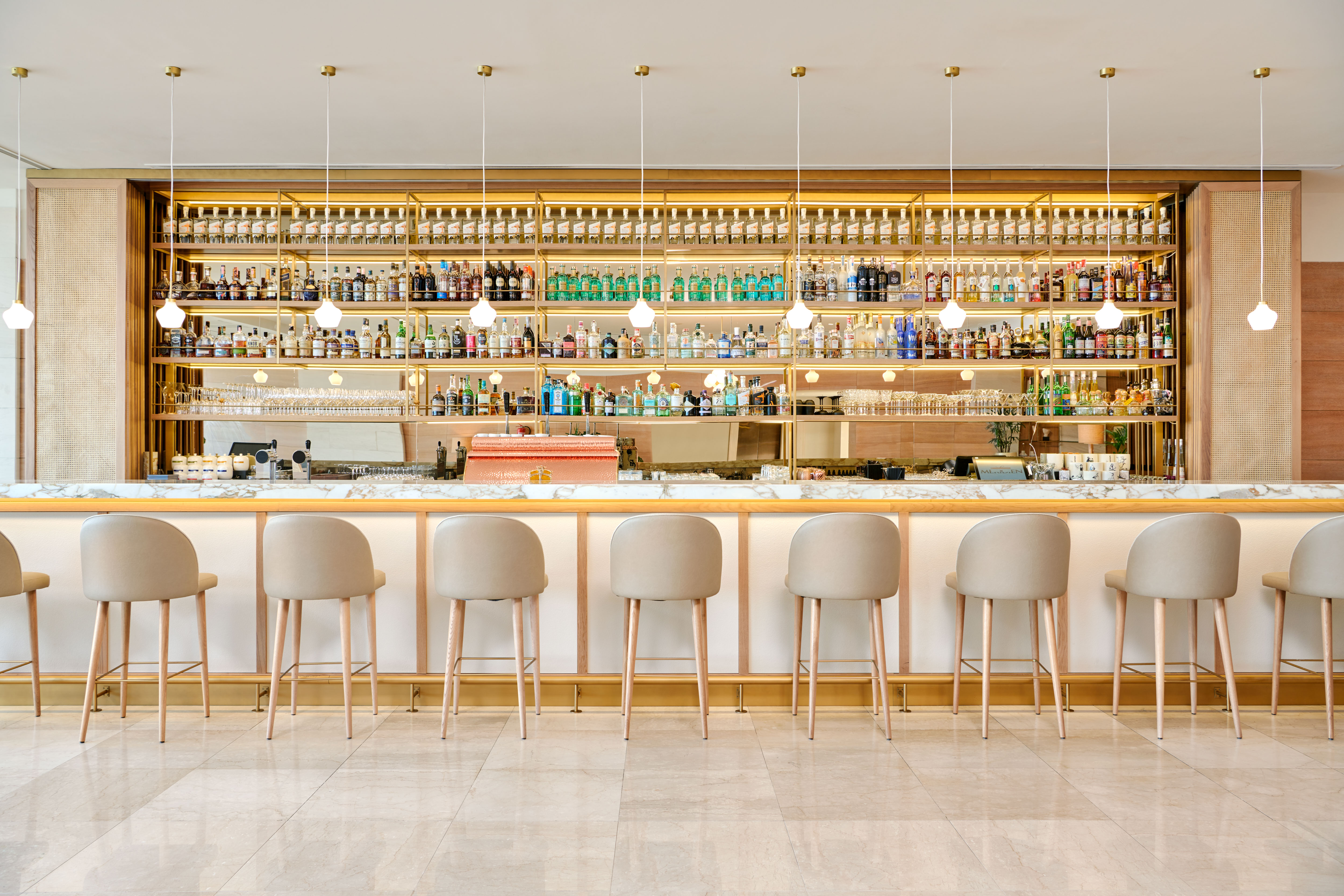 “The essence of Le Méridien is grounded in thoughtful, nuanced design – one that offers an interpretation of a destination with curated details that reflect a locale’s art, cuisine, and culture,” said Aliya Khan, Vice President of Design, Lifestyle Brands, Marriott International. “When reflecting on the brand’s distinct European spirit, we pay homage to design ideas that have the same impact they did fifty years ago to refresh our spaces. It is the relationship to these concepts and their evolution that allows the brand to morph and evolve its experiences.”

Creative-minded travellers can jet set sans agenda to these reimagined properties:
Le Méridien Lav, Split: Located on the Dalmatian Coast, just a short drive from the centre of Split, the hotel offers spectacular views over the Adriatic coastline and nearby islands. Revealing an extensive renovation in April, the hotel’s redesign creates a modern, airy feel, while paying homage to the hotel’s heritage, featuring pops of blue, mixed with rattan textures and champagne tone metallic accents. Mid-century black and white photographs documenting everyday life in Split feature throughout the hotel, complementing the stylish ambiance.

Le Méridien Cyberport, Hong Kong: Expected to reopen in July, the chic, lifestyle hotel will be completely transformed with a mid-century modern aesthetic. Creating a distinct and uniquely transformative ambience, the hotel’s design will have an emphasis on local natural materials contrasted by darker, tactile design features that are a nod to the local culture. Set against the backdrop of the picturesque Pok Fu Lam Reservoir and Victoria Peak, the hotel will relaunch as a seaside destination that invites locals and travellers to discover and savour life in style.

Le Méridien Bangkok: Located in the Thai capital’s Silom commercial district, the hotel is slated to complete its full renovation this month. The redesigned rooms are infused with the essence of Thai culture swathed around furniture and features tailored to the lifestyles of today’s international travellers. Sheltered beneath chic cream canopies, the spacious rooms restore a sense of calm through muted tones, minimalist decoration and well-planned spaciousness. Additionally, the hotel’s food and beverage experience will receive upgrades including a new outdoor area in its lobby lounge, Latitude 13; a new bar for social gatherings called Tempo Bar, which takes its design cues from the rhythm of the Bangkok skyline and the traditional golden curves of the city’s grand temples; and a new restaurant specializing in Memphis barbeque.

Le Méridien Ra Beach Hotel & Spa: Originally built in 1929 and located in Tarragona, the property completed a full renovation in 2018 and was restored into a hotel with one of the largest spas in Spain. A sanctuary for wellness, it was built by the golden beach of San Salvador to capture the benefits of the sunny climate and the healing properties of the nutrient-rich sea. The natural landscape that surrounds the area is honoured both by the hotel’s luxurious outdoor spaces, but also unconventionally through a distinctive modern touch: IMMEXRa. A multi-sensory meeting room, this space revolutionizes the design of the traditional events to fuel the imagination. Creativity and innovation join together with a 360º projection and an adjustable aroma system to create immersive, tailor-made experiences that transform any event into a multi-sensory journey.

Le Méridien Ile Maurice: Beautifully positioned alongside the sandy beach Pointe aux Piments on the Northwest Coast of Mauritius, the beachfront resort’s new design, which was completed in April, is a nod to the island’s rich heritage showcasing multicultural local artwork and sensory experiences, creating a stimulating environment and a hotspot for art lovers and travellers from all continents in search of tropical inspiration. The timeless chic design draws inspiration from the brand’s roots in the glamorous halcyon days of travel and takes cues from the resorts surrounding tropical landscape. Modern and minimal guest rooms transition seamlessly from the outside in with touches of creams and blues complimenting locally themed fabrics and custom headboards reflective of the rustic materials sourced locally in Mauritius.

Looking ahead, the brand expects additional marque hotels such as Le Méridien New Orleans and Le Méridien Tampa, The Courthouse to complete renovations next year.