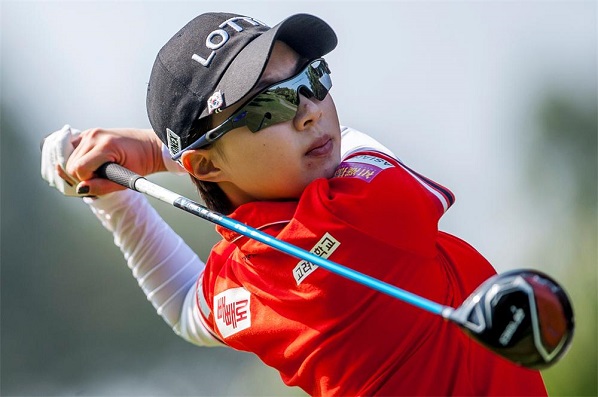 Korean golfers will be aiming to complete a decade-long period of dominance when Mission Hills Haikou plays host to the tenth anniversary edition of the Hyundai China Ladies Open next week.

In its sixth year of Hyundai’s title sponsorship, the 54-hole tournament will take place over the award-winning Blackstone Course.

Mission Hills hosted the event for the first time last year, at the club’s historic World Cup Course in Shenzhen.

Tenniel Chu, Mission Hills Group vice chairman, said: “We are honoured to be hosting the Hyundai China Ladies Open for the second year in succession and look forward to further developing the relationship between two prestigious global brands in Mission Hills and Hyundai.

“Mission Hills is a natural fit for this tournament given our proud record of achievement in women’s golf, including our innovative World Ladies Championship, the Annika Invitational junior girls’ tournament and the Ladies European Tour’s Lalla Aicha Tour School 2016 – Pre-Qualifier Asia, which we held in Haikou for the first time last month.

“Without doubt, the Hyundai China Ladies Open has been instrumental in raising the profile of the women’s game in China and has also contributed greatly to strengthening bonds between China and Korea.”

On the course, it’s the Koreans who have been the dominant force with players from the Land of the Morning Calm winning each of the nine previous versions of the tournament.

Two of those successes belong to Kim Hyo-joo. A Major winner and currently tenth in the Rolex Women’s World Ranking, the 20-year-old now has her sights firmly set on completing a hat-trick of China triumphs.

However, she can expect stiff competition from a strong Korean contingent that incudes no fewer than 11 players from the top-100 in the world rankings, including red-hot Chun In-gee.

Winner of the 70th US Women’s Open in July, Chun has captured a total of eight wins this year on three different Tours and has risen to ninth in the world ranking.

As well as savouring success in two of the biggest tournaments on the Japan LPGA Tour, Chun has dominated the Korean LPGA Tour this year with five wins that see her leading the Order of Merit.

For China, attention will be focused on two talented teenagers – Yan Jing and Shi Yuting.

Shi and Yan, both aged 17, are at the forefront of the new generation of Chinese players, determined to usurp Feng Shanshan as China’s number one and fly the flag for their country on the biggest golfing stages around the globe.