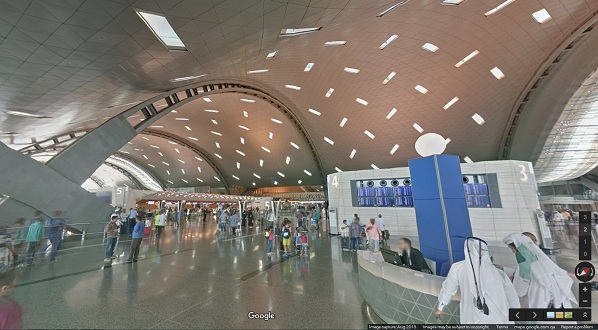 Hamad International Airport has seen the launch of Google’s 360-degree street view imagery of Qatar’s state-of-the-art airport as part of its digital strategy.

Street View Special Collects is a feature of Google Maps that lets users explore places around the world such as landmarks, natural wonders, and culturally and historically significant sites.

Badr Mohammed Al Meer, chief operating officer at HIA said: “With the launch of Google’s Street View in our airport, our customers from all over the world will get the unique opportunity to experience our airport’s award winning facilities, airport architecture and design quality.

“We at HIA are proud to be the first airport in the Middle East to launch the 360 degree Street View with Google. We are also among a select few airports in the world to have launched this feature.”

Google used the Trekker, a wearable Street View backpack with a camera system on top that is designed to go down footpaths, tracks and narrow pathways to get images of areas of natural beauty, tourist sites, and other iconic structures.

Google also worked closely with officials at Hamad International Airport who guided the Street View team in their journey documenting the terminal building.

Qatar’s world-renowned airport now joins other global landmarks on Street View such as Big Ben and the Eiffel tower.

The imagery of the airport’s interiors will now be available on Google Maps and can be viewed on here.