Trade unions at Brazil’s two leading airlines are threatening to call workers out on strike over the Christmas period, describing the situation as a “war”.

Tam and Gol Linhas Aereas Inteligentes have both seen share prices fall, with unions threatening to walk out later on Thursday.

However, Gol has stated it is confident it can maintain today’s flight schedule, while Tam declined to comment.

Pictured: TAM has been tight-lipped on the threat of strike action

Brazil’s national air worker union has been in talks seeking a pay raise since September, most recently demanding a 13 per cent boost.

This is more than twice the industry’s 6.1 per cent offer. 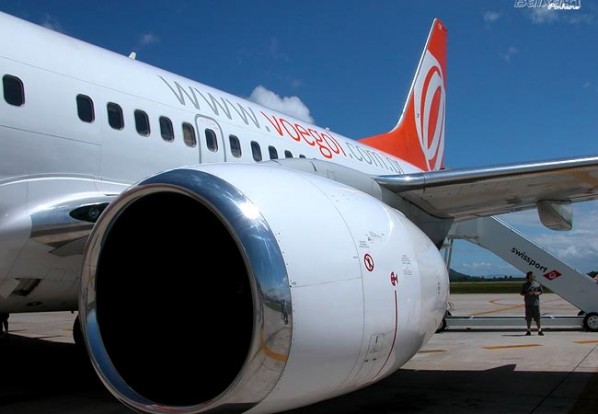 “War is war. We’re not concerned with strike law, since the only thing that matters to us now is to keep our dignity,” union President Selma Balbino said yesterday.

Gol bills itself as the largest low-fare airline in Latin America, with more than 900 daily flights in South America and the Caribbean.

Tam flies to 45 destinations in Brazil and 17 others in the United States, Europe and South America.

Gol Linhas’ saw share prices drop three per cent in the US, while Tam saw a smaller two per cent fall.