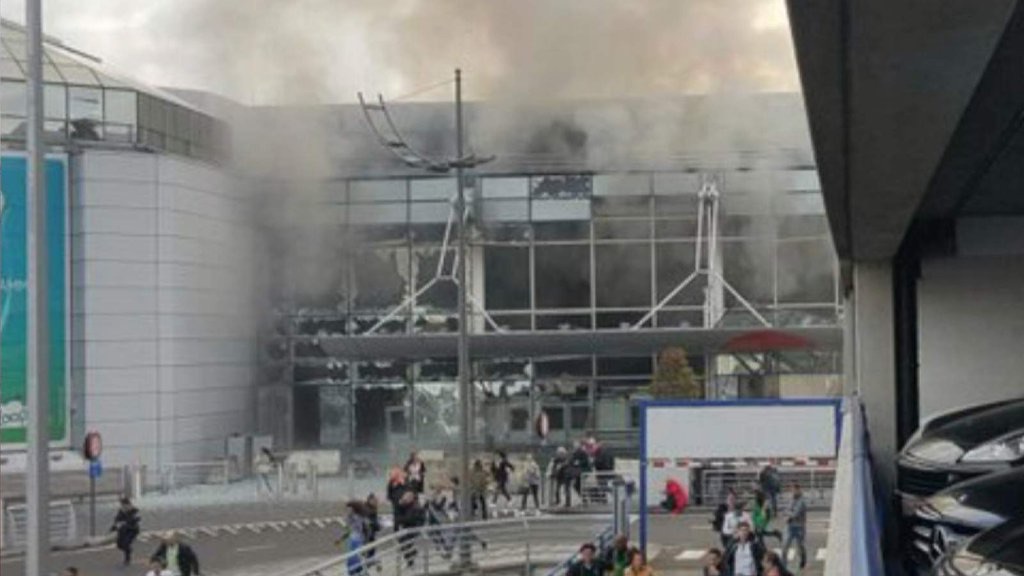 Smoke rises from the departures hall at Brussels Airport

Belgian prime minister Charles Michel has said “many” people are feared dead following a series of explosions in the capital Brussels.

Two explosions struck Zaventem airport on the outskirts of the city early this morning, with a third following an hour later at the Maalbeek metro station.

Both the airport and entire metro system have been closed following the incidents.

As many as 13 people were killed at Zaventem airport, with more than 35 others seriously injured.

The Brussels Transport Authority has confirmed a further 15 people were killed at the Maalbeek incident, with as many as 55 more injured.

However, press reports suggest a further ten people may have been killed.

The attacks come four days after Salah Abdeslam, the main fugitive in the November 2015 Paris attacks, was seized in Brussels.

Belgium has now raised its terror threat to its highest level.

The Belgian prosecutor said it was “probably a suicide bomber” who struck the airport.

Rail transport to the airport has been halted and people have been told not to travel.

At the same time, all flights have been diverted.

The first, smaller, explosion at the airport is believed to have been next to the American Airlines departures desk.

The second, larger, explosion is reported to have followed in the train station.

Maalbeek station is in the centre of the city, close to the institutions of the European Union.

All meetings at EU institutions have been cancelled.

All Eurostar services to and from Brussels have also been halted.