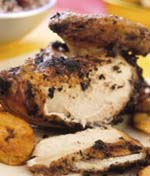 Each summer in Jamaica, the top chefs on the island fight it out at the National Food Festival hosted by the Jamaica Cultural Development Commission (JCDC). This year Breezes Runaway Bay walked away with three top awards: Pastry Chef of the Year, Chef of the Year and the Dutch Pot award for best team performance. The culinary team were spearheaded by executive chef Frederick Sutherland.

With a total win of 32 medals, Breezes Runaway Bay’s strong team performance earned this Super-Inclusive resort the Dutch Pot award or “Best Performance by an Establishment.” As a result, Breezes became the first resort to retire the title, having won it for the third consecutive year.

“Our culinary team never ceases to amaze me - and, apparently, the judges - at this festival,” noted Hon. John J. Issa, executive chairman of SuperClubs.  “These awards are a testament to the high calibre of professional chefs at SuperClubs, and they guarantee that our guests are the happy recipients of such culinary creativity.”

Combined with his gold-medal winning Goat Rack with Curry and Lemongrass Sauce and Mash Potato Pumpkin, Hoggarth won his first Chef of the Year title as well as a trophy and a cash prize of JA$100,000.
——-