While all eyes have been on London this week for the 2012 Olympic Games, the real ‘Greatest Show on Earth’ has been taking place in the Masai Mara game reserves in Kenya as hundreds of thousands of wildebeest complete the annual migration.

The natural phenomenon marks the high-point of the tourist season in the region, as the wildebeest make the journey from the Serengeti National Park in Tanzania to Kenya.

The migration was this year delayed by fires in Tanzania, slowing some of the giant hers on their journey northward.

Usually, between June and July, the savannah sees a transitional period, between the rains and the dry season.

As the wildebeest concentrate on the few remaining green patches in the region, the huge herds form and push further north towards the Masai Mara.

Between July and August the wildebeest move into the Masai Mara, crossing the Mara River in large numbers, and generating the iconic shots seen around the world as they traverse the Grumeti River. 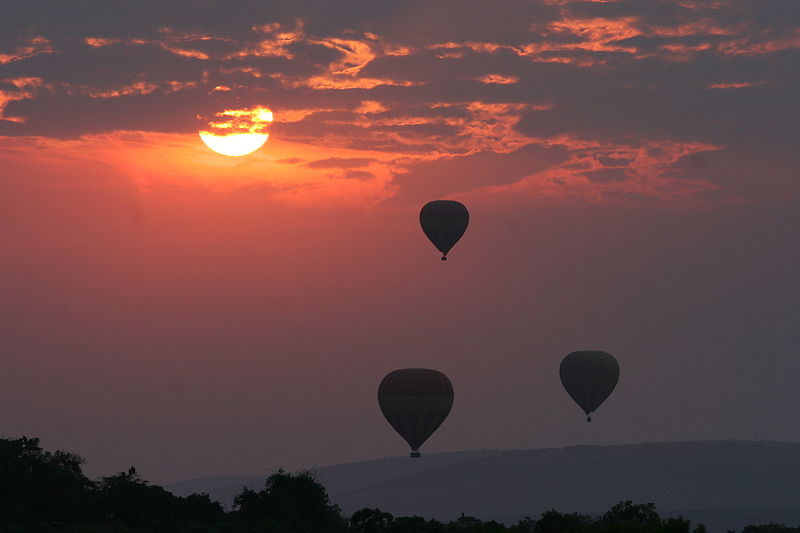 Many thousands of tourists visit the Masai Mara for the event

The sight causes a flurry of activity among tour operators in the region, with thousands of international tourists arriving.

Airstrips across the region begin to fill up, while the 1,530 square kilometres of reserves buzz with the sounds of Land Rovers.

Sammy Nkoitoi, chairman of Siana wildlife conservation said the surge of the tourists arriving in the country was the result of aggressive advertisement of the park.

“Let us market our country as the preferred tourist destination, European and North American countries will continue to be the biggest tourism source in the country for sometime,” he said. 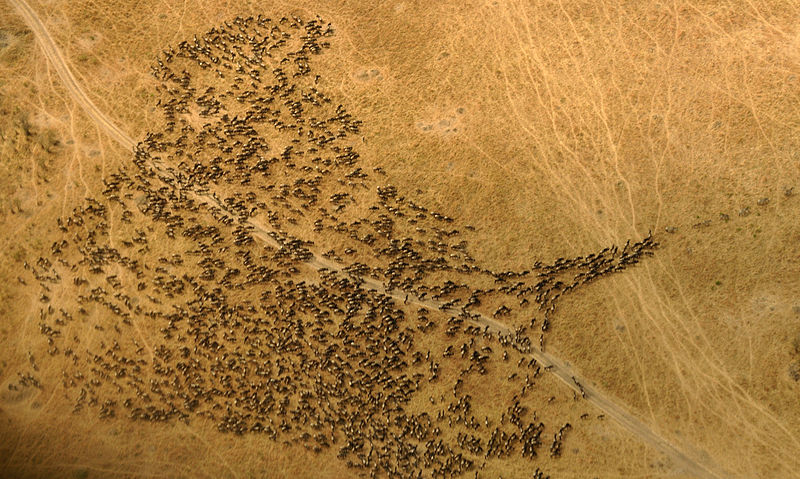 The mass of over two million animals cover the savannah and grasslands as far as the eye can see.

Those interested in visiting can select from a number of operators in the region.

A good place to start might be the Amboseli Serena Safari Lodge - which is considered Kenya’s Leading Safari Lodge by the prestigious World Travel Awards.

Set against the magnificent backdrop of Africa’s highest mountain, the glittering Mount Kilimanjaro, the lodge enjoys a uniquely privileged position at the heart of this world-famous national park.

Secluded within a grove of acacia trees, the lodge looks out over the golden savannah plains, with uninterrupted views of the mountain itself. Now is the perfect time to visit.

Or how about a trip with Africa’s Leading Luxury Tour Operator, Abercrombie & Kent.

Specialising in tailor-made luxury travel for over 50 years, the brand will take guests right to the heart of the action. A range of the available trips can be seen here.