Air Serbia, the national airline of Serbia, has announced significantly improved performance in the first three months of the year with a 66 per cent increase in total passenger numbers to 364,924, compared with the same period in 2013.

The airline’s passenger carrying capacity, which is measured by available seat kilometres, has jumped 93 per cent resulting in a 47 per cent increase in revenue during the first quarter of 2014.

Over the same quarter, Air Serbia inducted three Airbus aircraft – two A319s and one A320 - into its fleet.

The increase in passenger numbers is being seen across the network, boosted by connectivity with the Etihad Airways global network.

Air Serbia chief executive Dane Kondić, said: “Air Serbia has built a solid foundation in the six months since it was launched and is on track to break-even in 2014.

“The improved passenger numbers and revenue reflects the growing appeal of the airline for leisure and business travel across the Balkan region and beyond.

“In addition to strong growth in passenger revenue, we are also growing very important cargo revenue, which provides more stability to the revenue base of the business.” 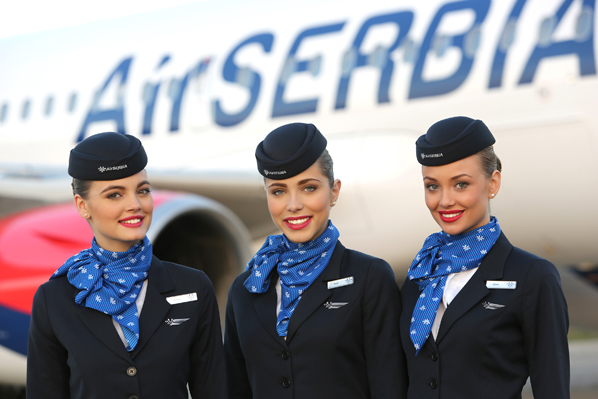 Cargo tonnage increased 46 per cent to 175 tons in the first three months compared with the same period last year, as the network expanded, reliability improved and the cargo capability has been marketed effectively to customers.

“The improved performance of Air Serbia shows our strategy to grow the business based on strong governance, a modern fleet, a growing and connected network, and a commitment to our guests to be the best, is working,” Kondić said.

“Our focus is on providing value, convenience and comfort. We are listening to our guests about what they want and in doing so, we are steadily growing demand.”

More destinations will be launched over the remainder of the year.