A delegation of South African VIPs including football legend Quinton Fortune and the Minister for Women, Children and Persons with Disabilities, Noluthando Mayende-Sibiya, marked National Youth Day by attending the launch of the 1GOAL’s new partnership with national broadcaster SABC.

The partnership sees SABC airing 1GOAL content throughout the World Cup, and urging fans to sign up to the campaign to make education for all a legacy of the tournament.

Yesterday’s annual commemoration of National Youth Day is a well-known and unforgettable chapter in South Africa’s history. In 1974, the Apartheid government passed a law which mandated Afrikaans, the linguistic variant of Dutch developed by the white inhabitants, to be the language of instruction schools. 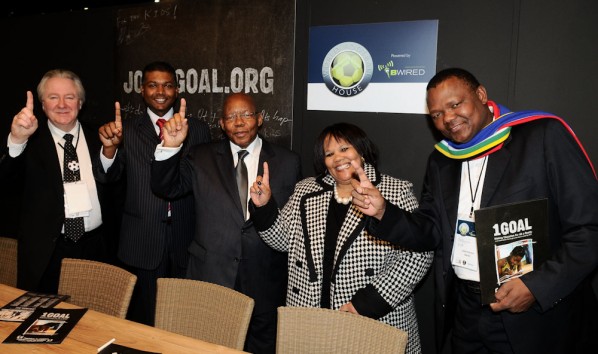 (The Be Wired team with Noluthando Mayende-Sibiya, Minister for Women, Children and Persons with Disabilities, and Graham Cooke, President, World Travel Awards)

On 16 June 1976, thousands of black school children took to the streets of Soweto in a march of less than a kilometre, to demand their right to be taught in their own language. The Apartheid Police opened fire on them, killing at least 20. The photo of one of them, 13-year-old Hector Pieterson, went round the world, sparking a protest that claimed hundreds lives with thousands injured. 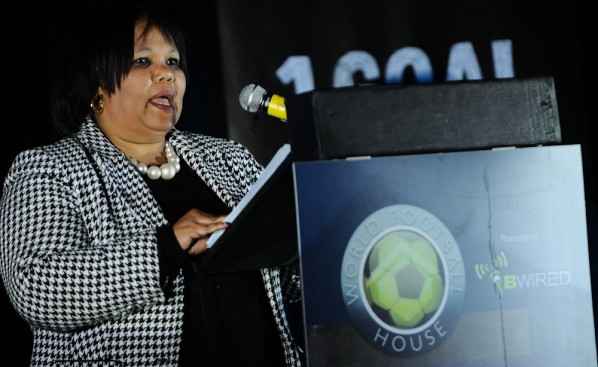 (Noluthando Mayende-Sibiya, Minister for Women, Children and Persons with Disabilities)

To honour the memory of those killed and courage of all those who marched, National Youth Day has been celebrated on 16 June every year since 1991, when it was first initiated by the Organisation of African Unity, to draw attention to the lives of African children.

Different activities are being held across the continent, all week to mark the day. This year’s theme aligns with the 1GOAL campaign – an initiative run by the Global Campaign for Education to mobilise support to hold world leaders to the promises for Education for All (EFA) by 2015. 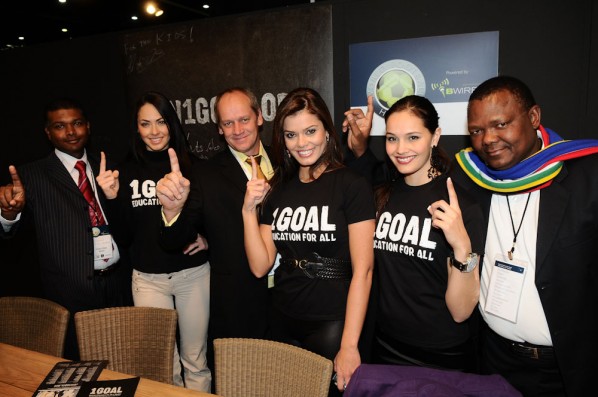 Today some 72 million children are still unable to go to school worldwide, most of them in Africa and 10 million of them in Nigeria alone.

1GOAL is a campaign seizing the power of football to ensure that education for all is a lasting impact of the 2010 FIFA World Cup. Raising its voices all over the world it aims to make education a reality for the millions of boys and girls who remain out of school. 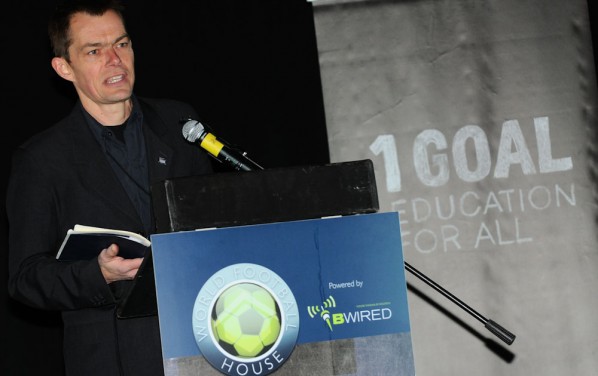 Around $16 billion a year is needed to make universal education a reality, but currently only $4 billion is spent on primary education.

Queen Rania of Jordan is Co-founder and Co-Chair of 1GOAL, which has also attracted hundreds of soccer stars, artists and politicians across the world. With a global call to sign up through the 1GOAL website and text messages where possible, the goal is to gather millions of signatures of supporters calling for more investment in education. 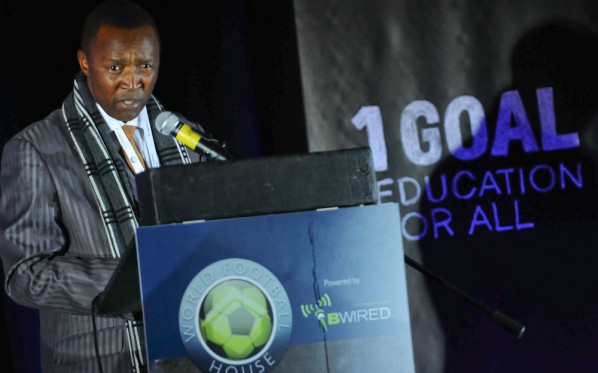 (The 1GOAL and SABC launch)

Her Majesty Queen Rania Al-Abdullah Co-Founder and Global Co-Chair, 1GOAL, said: “This is our chance to show not just out-of-school children, but our own children, that when we make a promise, we keep it. With your help, we could have billions of fans cheering not just for their teams, but for one team: 1GOAL. This is our moment to shine; we can bring millions of children in from the shadows of ignorance, and light up their lives with the legacy of education.” 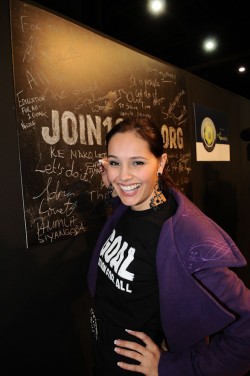 Supporters can also issue yellow cards to world leaders at www.join1goal.org/r/yellowcard. They can also join the 1GOAL, 1Friend challenge at www.join1goal.org/r/1g1f/ and pledge that for every goal their favourite team scores during the World Cup, they will ask at least one friend to send the special yellow card to world leaders, urging them to swiftly secure quality EFA.

All signatures and yellow cards will be delivered to world leaders at the Education Summit in Cape Town just before the World Cup final.