Two goals in the space of four first half minutes put paid to the gallant African champions, with Goran Pandev and Samuel Eto’s clinical strikes providing the foundation for a victory that was later sealed by substitute Jonathan Biabiany.

Mazembe, for all their boundless energy, were ultimately outclassed, and yet they did succeed in making an assured start to this match, even providing the first noteworthy effort when Miala Nkulukuta’s long-range shot flashed over Julio Cesar’s crossbar with ten minutes on the clock.

That their hopes were all but dashed seven minutes later was a tribute to Inter’s ruthlessness, with the Italians - as they had in the semi-final - breaking the deadlock with their first attack worthy of the description. Goran Pandev was the player to find the net, stabbing left-footed into the bottom corner after Samuel Eto’o had split the Mazembe defence, cushioning a delightful volleyed pass into the Macedonian’s path.

A goal down after just 14 minutes, the Congolese desperately needed to steady their nerves; instead, they found themselves two down just three minutes later.

This time, Eto’o switched from provider to predator, swivelling on the edge of the box and smashing an unstoppable right-foot shot just inside the left-hand post after Javier Zanetti’s cut-back had been touched into his path.

For Inter, it had been a dream start and, having been liberated from any pre-match nerves, they set about finishing off their dazed African opponents.

In the second half, Mazembe pressed forward at every opportunity and also plugged some of their defensive leaks, albeit enduring a brief scare when a trademark surging run from Maicon ended with the ball striking the outside of the post.

The Africans’ best chance of halving the deficit came on 75 minutes, when Kaluyituka attempted to round Julio Cesar and was forced wide when he might have been better going for the first time shot.

The Mazembe No15 did take a more direct route to goal five minutes later though, forcing an alert save from the Inter keeper with a smart volley from Mulota Kubangu’s outswinging cross.

However, any lingering doubts about where the world title was heading were finally removed with five minutes remaining when Biabiany sealed Inter’s triumph, timing his run to perfection and coolly dragging the ball wide of Kidiaba before slotting into the net. 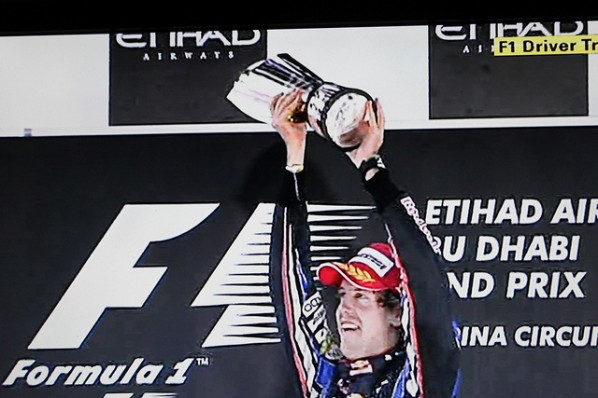 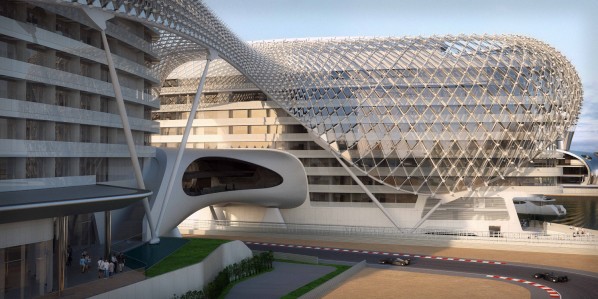 The successful hosting of the FIFA World Club Cup is just the latest sporting triumph for Abu Dhabi following a year of revelations.

In November Sebastian Vettel sealed his first Formula 1 World Championship in the emirate.

In what many consider to be the most exciting motor racing season ever, the Red Bull driver clinched the title at the world famous Yas Marina Circuit.

The 40-acre park became the only Ferrari theme park in the world and the largest attraction of its kind in existence. 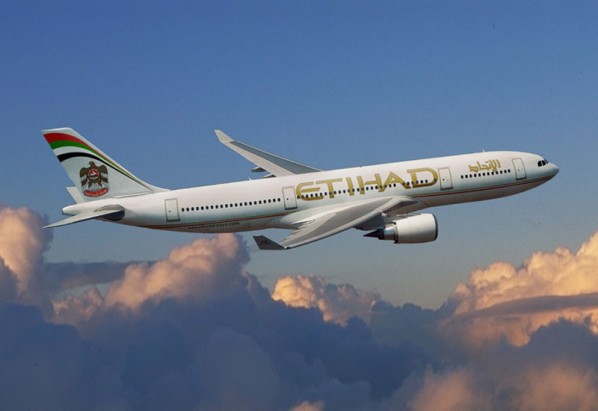 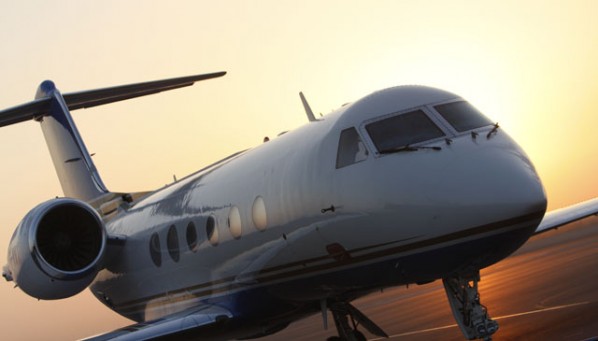 Away from the Track

Abu Dhabi has also been excelling away from the track, with the emirate taking its place at the top table of global destinations.

Just last month Abu Dhabi was recognised – for the second successive year – as the World’s Leading Tourist Board by the prestigious World Travel Awards. The Emirates Palace - itself recognised as the World Travel Awards as the World’s Leading Meetings & Conference Hotel – has also been in the news of late, having unveiled the most expensive Christmas tree on earth.

“As we embark on this exciting new era for Abu Dhabi’s tourism sector, we are keenly aware of the vital role and contribution of our overseas colleagues and partners,” said
Abu Dhabi Tourism Authority chairman Sultan Bin Tahnoon Al Nahyan.

“We are delighted by the growing interest and support from tour operators and organisers of international meetings, incentives, conferences and exhibitions and it is one of our key priorities build and develop these relationships in future.

“We firmly believe Abu Dhabi offers outstanding potential as a destination for both leisure and business-related tourism and we look forward to working still more closely with our friends in the international travel industry in the months and years ahead.”

AbuDhabi.Mobi is the latest in this illustrious line up, offering click to call functionality – which means no scribbling down telephone numbers.