Visiting Durban for Africa’s Travel Indaba earlier this year, Sapphire Goss here weighs up the environmental impact of tourism and questions whether it can even be beneficial to local communities.

“This is my job, I work in paradise,” explains our tour guide, Jean Toucher, as she gestures to the expanse of lush greenery that is Hluhluwe-iMfolozi. The safari manager at Ghost Mountain Inn is so passionate about her work and the conservation of the landscape and culture of South Africa that she gave herself a demotion so she could spend more time outdoors on the ground. This infectious enthusiasm is reflected throughout the locals around the KwaZulu-Natal area.

Tourism is always a performance of sorts and with a safari that feeling is heightened. For those that have not done anything similar before it can feel a little strange at first – nature as spectacle, driving around and snapping away like paparazzi. But it offers nature red in tooth and claw, quite literally in one case as we see a warthog bloodied from combat. There are also a huge variety of different safari offerings - treetop tours, quad bike tours - from the subtle to the invasive, depending on taste. 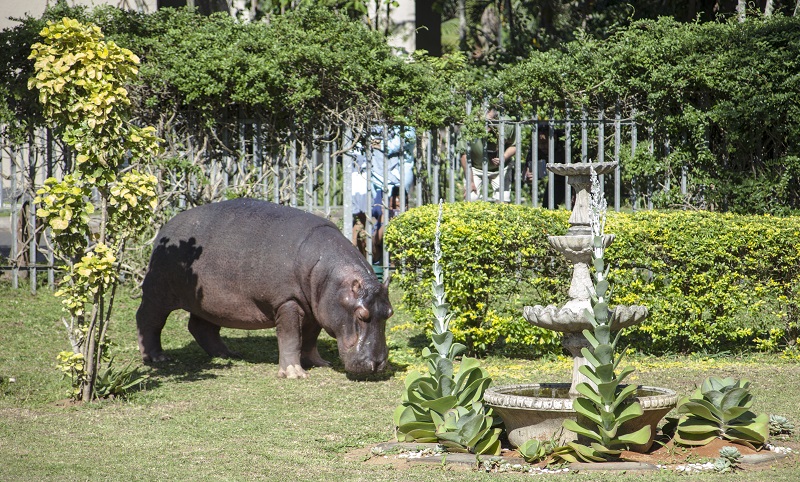 The iSimangaliso Wetland Park, a UNESCO world heritage site, is the only place in the world with seven different ecosystems - reef, coastal, vegetated sand dunes, estuarine, savannah and hill country. Lake Lucia is famous for hippos, which we saw walking up the street and grazing next to the pool of the Elephant Lake Hotel as we swim - we are right up close to nature here; this is no zoo. Here the focus is not just on the so-called ‘big five’, but the details of flora and fauna, bringing things closer, singling things out, mindfully focusing on the overlooked like grass and insects or the landscape as a whole.

As biodiversity globally is facing devastating destruction, this all-encompassing approach to micro- and macro-ecosystems is educational and only to be welcomed. Safaris can highlight these threats but conversely can give an illusion of environmental plenty. 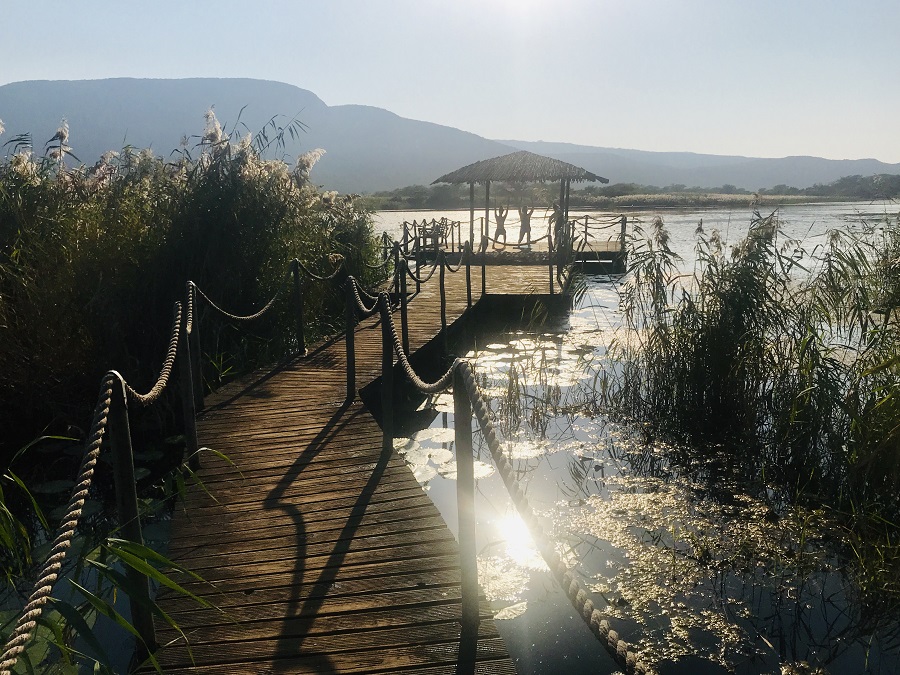 Tourism can never be fully sustainable, but it is possible to move towards a model that is less wasteful and benefits local communities. Aviation represents more than two per cent of carbon emissions globally, a figure set to rise to as much as 16 per cent by 2050. A recent article described a growing set of people who are giving up flying altogether. But the reality is complex, and sustainability is not a case of just ‘balancing the books’ of carbon emissions. As Toucher puts it: “The communities around the reserves are quite poor so anything you can do to elevate those communities has a big impact in terms of poaching and such. For people in Africa conservation is a luxury. The only way conservation pays for itself is through tourism. Otherwise these places will deteriorate.” 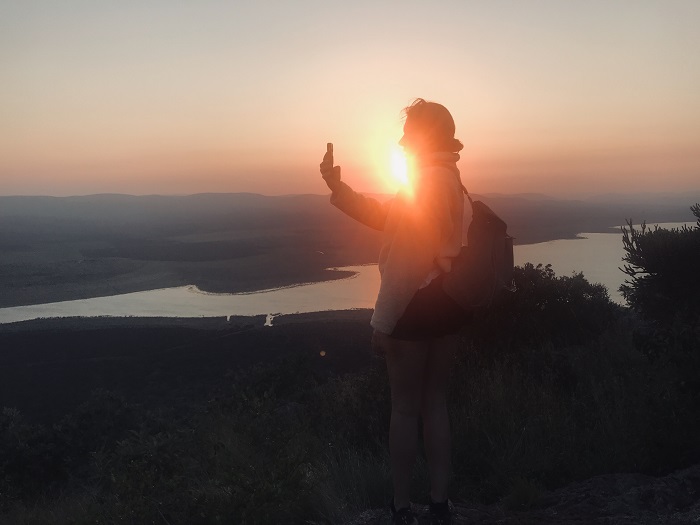 Tourism can have a beneficial effect on both the environment and the local communities buy building resources and infrastructure. And while there are ironies inherent in the idea of sustainable tourism, there are better solutions than giving up air travel altogether – taking less frequent and longer trips, avoiding short-haul flights (as these are the least fuel efficient) and choosing destinations that have a responsible attitude towards sustainability.

Like Toucher, the people I meet in South Africa pride themselves on being world leaders in conservation. As South African Tourism acting chief executive, Sthembiso Dlamini, describes: “Conservation is at the centre of who we are as a people, because our communities actually benefit from that. We try to educate the communities to understand the importance of conservation. In fact, recycling now forms part of the economy.”

This is unsurprising as South Africa is firstly very rich both in its biodiversity and habitat (including one of the floral kingdoms of super biodiversity and two world heritage sites). The country is also at the front line of climate change and has suffered floods, droughts and power cuts in recent years - the need for change therefore feels apparent. As minister for tourism, Derek Hanekom, tells Breaking Travel News: “The flooding, the storms, the intensity is increasing we are seeing more dramatic events. And that is not going to stop. We’ve got to globally do more to reduce carbon emissions. But even if we do everything right in South Africa, we’ll be at the mercy of what other people are doing elsewhere in the world.“ 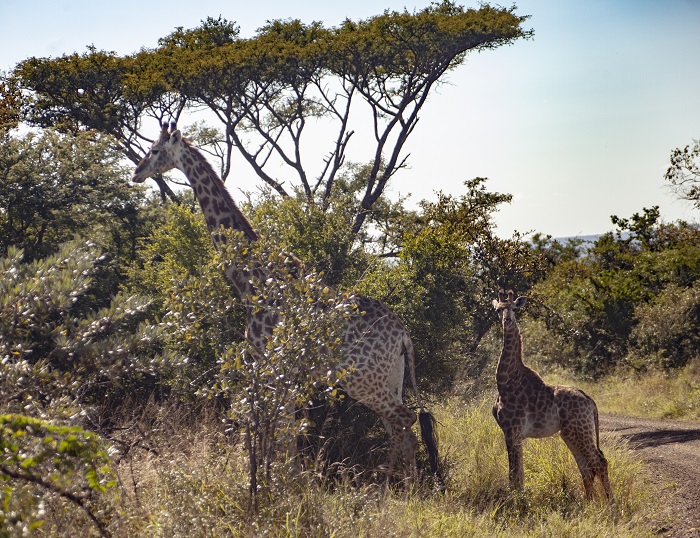 As a country South Africa has set up initiatives such as the Green Incentive Program which pledged R1 million to install renewable energy options, and water conservation initiatives after the Cape Town drought. But the minister considers the Day Zero messaging a “disastrous messaging for tourism”, and while applauding the way the #everydropcounts campaign made leaps in terms of water conservation, thinks that hotels should be exempt from any restrictions: “Water is a scarce commodity. But I would say don’t restrict tourists in hotels and guest stars, if they are water restrictions, either exempt them from the water restrictions or lessen the restrictions, in the sense that, you know, people are on holiday. And I know people are not irresponsible necessarily. But they want to luxuriate.”

Loss of visitor numbers can be devastating for destinations like South Africa. Tourism is the largest growing sector and represents 8.5 per cent of the nation’s GDP, which explains the minister’s controversial attitude to water rationing. While emerging countries like South Africa suffer the brunt of global warming largely caused by the western world, is it fair to deny a significant industry that has far reaching benefits? As the chief executive Africa Bush Camps, Beks Ndlovu, adds: “Sustainable tourism are buzzwords - but how deep is that going?” 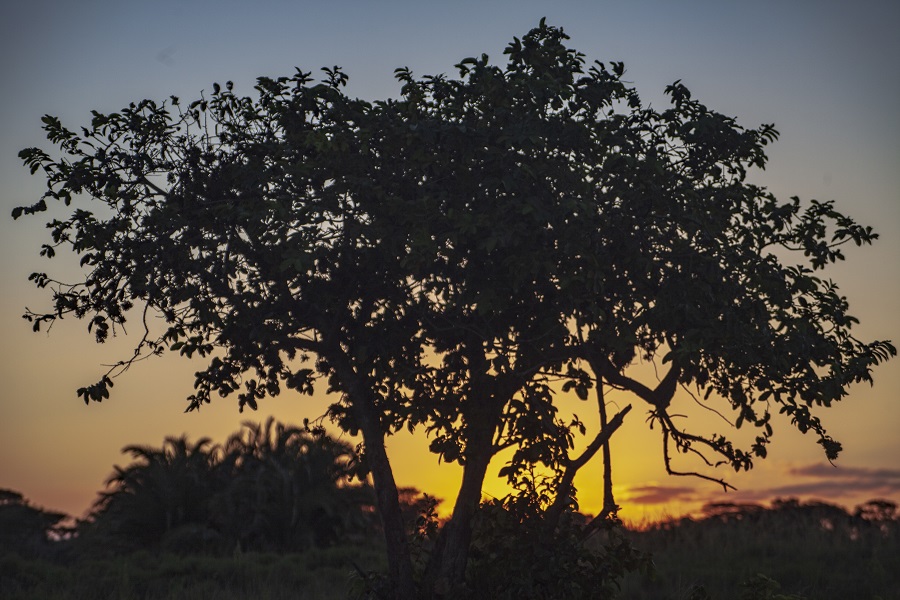 One striking example of the tourism industry having a positive impact on the environment is back in the iSimangaliso Wetland Park. Rich in titanium oxide, it was only the fact that it could make more money as a tourist destination that saved the landscape from being devastated by mining. As Leigh-Ann Morrison, co-owner of Makakatana Lodge says: “They wanted to mine the titanium and there was a whole campaign to stop the mining because of tourism which triggered off the whole park and the fencing, reintroducing the game and indigenous animals to the area.” This has now resulted in a grand 50-year vision of conservation to expand the park to 353,000 hectares up to Mozambique and allow migration of animals by dropping fences and making sure farming focuses on conservation. “They have really gone into a lot of detail about what to reintroduce in terms of conservation they’ve done a phenomenal job. There’s been a lot of thought going into the development process.”

Africa as a continent is still home to large numbers of poor and marginalised people, and reducing this poverty and increasing education can have significant benefits for conservation, and rural populations can benefit from the wildlife economy. As Thamsanqa Ndlovu of AfrZulTou puts it: “The impact is very positive. Tourism boosts our economy, creates job opportunities for lot of people in rural areas. For the environment it supports the anti-poaching programs.”

Sustainability is a pressing concern that is inextricably bound up to every person and every layer of society. Ideally these small fires happening in local areas will help to drive global change. As Touch says: “Visiting the communities and the contact with the outside world creates pride. I think people who visit don’t realise that just their presence makes a little bit of difference. And just going to schools and talking to kids shows them there’s a whole world out there and possibly gives them a dream. That’s what I’m proud of. Everyone tells me it’s a drop in the ocean - but the ocean is full of drops.”

And clearly that works both ways, visitors can learn from experiencing local culture too, which is why travel is so vital.  Seeing ourselves as part of a wider world will be essential to moving towards a global solution to the environmental crises.

South African Tourism is the national tourism agency responsible for the marketing of South Africa as a preferred tourist and business events destination.
Find out more on the official website.