A visit to Venice at some point in your life verges on the compulsory for European travellers, and even for those from further afield.

The City of Bridges is one of the most famous destinations anywhere in the world, its celebrated canals firing the imaginations of generations of writers, cinematographers and holidaymakers.

Indeed, its reputation has become something of a problem in recent years, with the Italian destination often held up as the epitome of overtourism – there are simply too many guests for the city to accommodate, some argue.

Largely concerns have focused on cruise ships, which disgorge thousands of camera-clicking day-trippers for a few hours at a time before they scuttle back to their vessel.

Many barely spend more than a few cents in the city, much to the irritation of local residents.

Suitably primed with this information I was a touch apprehensive on arrival at Venice Marco Polo Airport earlier this spring – would I be crushed on arrival in a throng of selfie-stick wielding Yankees?

Much of the concern around Venice centres on St. Mark’s Square, the epicentre of tourism in the city and home to the Doge’s Palace.

True, here it is unbearably busy, even in the spring shoulder season, but take a few steps, literally one street back from the throng, and all is calm - it is as though you have entered a different world.

To enjoy Venice, you have to be savvy, to know where to head, and when. 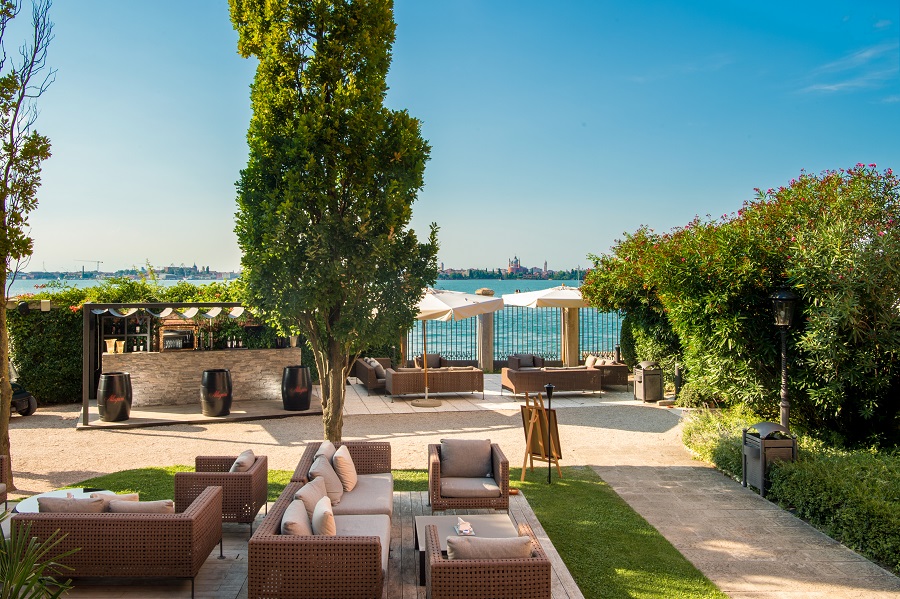 That is where San Clemente Palace Kempinski comes in – the perfect accommodation for those looking to avoid the crowds that can overwhelm parts of the city.

Set on its own private island and accessible only via a short boat ride, the former monastery is a beacon of tranquillity.

As newly appointed general manager, Alper Can Bulcum, explains to Breaking Travel News: “We offer a completely different environment to a Venetian city hotel – in the city when you feel tired, we offer an escape from that, from the crowds.

“We are just eight minutes from St Mark’s Square – so guests tend to head into town after breakfast, come back for the afternoon to enjoy the island, and then head back into Venice for the evening.” 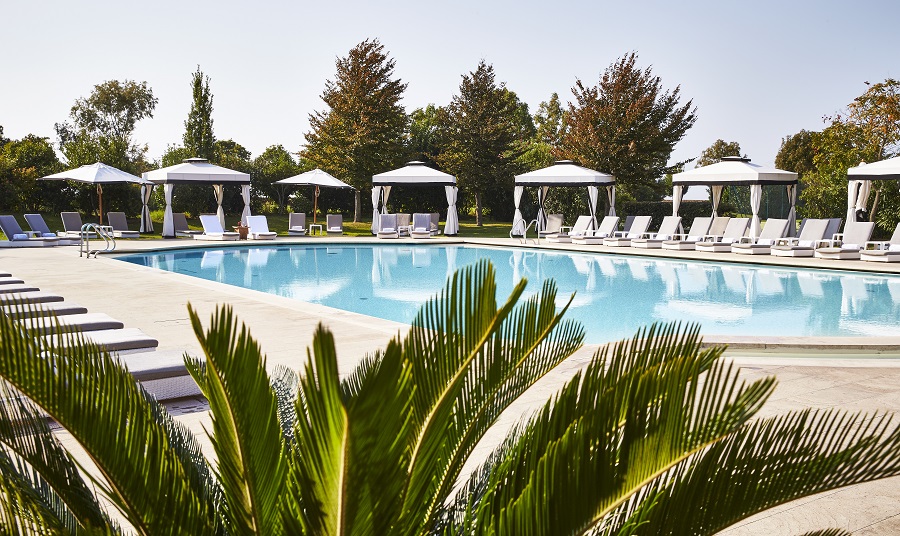 The island itself - which is owned by Turkish investors, Permak Group - charts a history dating back over 900 years and has long been seen as a way station for pilgrims and crusaders, as well as a home to monks and healers.

It houses a recently restored 12th-century church, dedicated to Pope Clement I, the patron of seamen.

It is a magnificent property, with huge, sweeping hallways, towering windows and a real air of grandeur.

The 62 suites include five one-of-a-kind hideaways, the most spacious of which is the San Clemente Suite.

Boasting picture windows in every room, raised ceilings with wood beams original to the monastery and a private pier, the suite is located in a secluded wing that can be reserved as an eight-bedroom palazzo.

This is the fourth year of operation for Kempinski at the property and the company is certainly able to utilise this unique asset.

Bulcum explains: “Obviously the property used to be a monastery and a hospital – and the legacy of this is the wide corridors and the daylight that this brings, making our hotel completely different to others in Venice.

“Kempinski has worked hard to instil its culture in the property; for example, with our ‘Ignite the Night’ programme, we offer guests a glass of Processco, a Venetian speciality, each evening on arrival on the island, as well as cicchetti, another local favourite.”

He adds: “I spend time with guests here at the hotel and they tell me it offers a combination of things – a chance to relax, but also access to shopping, culture and to the city itself.

“At the same time, they come for the spa, the pool and our restaurants.

“For the first two days, they tend to visit Venice, to see what the city offers, and then, after that, they spend their time with us here on the island – they do not want to leave.

“We can offer both a city and a leisure break from one location – we are part of the city, but we are also able to offer that privacy.” 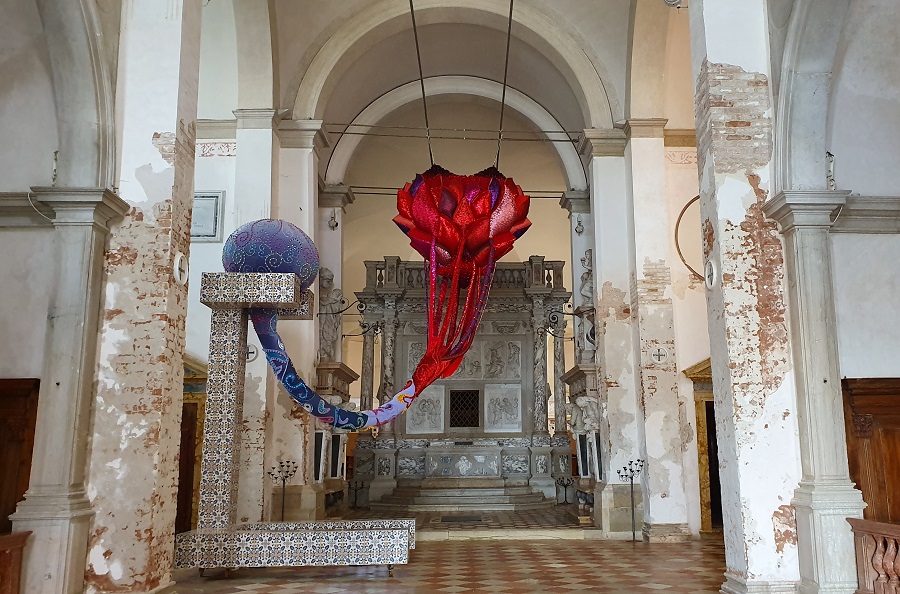 Having taken over as general manager of the property at the start of the year, Bulcum has sought to make an impression.

Pieces dot the historic gardens of the hotel and will be on show until November.

At the same time, the hotel has launched what it is calling the Gilded Venice itinerary, combining a four-day, all-inclusive stay in the San Clemente Suite as well a number of exclusive private experiences.

Bulcum adds: “I am full of ideas of what we can do here at San Clemente Palace Kempinski, we have many plans to implement.

“In the short term we have the partnership with the Venice Biennale, but in the longer term, we aim to make this hotel the best in the Mediterranean.”

As a seasonal hotel, which opens in early spring and closes toward the end of November, Bulcum also reveals how this allows his team to enhance the property each winter.

“What we are experiencing today, the preparation was does this winter – just because the hotel was closed does not mean we were all on holiday,” he laughs.

“This is a seasonal hotel, but we work here all year round.

“Last winter we worked on Al Bacaro, the new bar you see outside, and for next summer we will have something new again.” 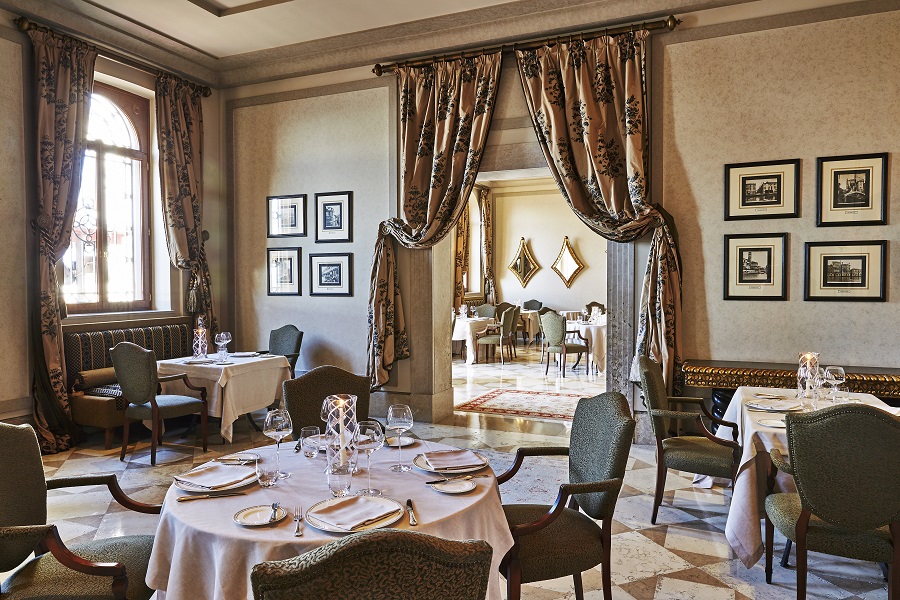 During our visit the restaurant was also hosting Micheline-starred chef Maike Menzel from Kempinski Munich as part of a series of events to welcome global talents to the property.

Dinner of fish tarte in sour cannolo, trickling cappellaccio served in Montagnana ham broth and a new take on tiramisu was even better than it sounds, and worked wonderfully with paired wines from local vineyard Cantine Marchesi Fumanelli. 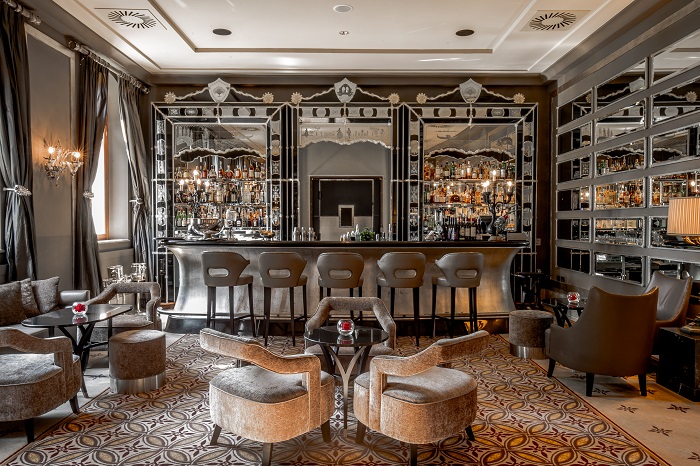 Finally, argues Bulcum, Kempinski is doing its part to combat overtourism, restoring and maintaining this small island in Venice and drawing guests away from the crowded city centre.

“We are able to take people out of Venice, to reduce the pressure on the city.

“Even those who arrive on cruise ships, those who are resting for a day or two before or after their journey, they can stay with us and not head into the city,” he adds.

“Being part of a popular city gives us an opportunity – we can choose the clients we want to work with.”

San Clemente Palace Kempinski has an impressive heritage and is uniquely situated on San Clemente Island in the Lagoon of Venice.

Set among a centuries-old park, antique courtyards and a 12th-century church, the hotel provides the perfect setting for total relaxation, just minutes from St. Mark’s Square.

All 190 rooms and suites provide a stunning view of Venice, the lagoon, the gardens or the inner courtyards.

The hotel also offers six convention rooms for up to 450 people, and together with the whole complex and its surrounding grounds, it is the ideal place for weddings and other events, with the historic scenery providing an unforgettable setting.