With just three days to go for the ‘golden games’ in London, Breaking Travel News catches up with Darren Williams, director of sales from Eurostar, to find out how the games have impacted passenger figures over the past few months and new developments planned for the high speed rail service as it looks to travel further afield into new markets.

Breaking Travel News: How have sales been during the Olympics?

Darren Williams: Demand for tickets was steady over the Games period, with particularly high sales during the second week of the Games as many fans travelled to London to share in the excitement of the athletic and swimming finals.

Over both the Olympic and Paralympic Games periods we are expecting to carry over a million passengers to and from London to enjoy the action. Many of these people are from across the World and not just Europe, as Olympic fans in countries like the US, Australia and Brazil have used the Games as an opportunity to explore Europe and not just the UK on their visit.

The London 2012 Games have been a fantastic showpiece for London. We hope that all the Olympic fans that have visited the city over this period will visit again, and that many millions more who have seen the Games on television, will do the same.

BTN: Eurostar recently reported its first profit in 2011 and passenger numbers up 2% to 4.8 million in the first half of 2012 – Is the market turning a corner? To what do you attribute the increase in the number of passengers?

DW: We have delivered a resilient performance in the first half of the year despite the difficult economic climate. Leisure bookings have continued to grow and they are helping fuel the growth in passenger numbers.

In contrast, there is no doubt that corporate clients and business travellers, particularly in the financial services industry, are continuing to feel the squeeze and are cutting back on their travel budgets as they adapt to the economic environment.

DW: We started to see a decline in business travel around September last year and this trend is continuing this year. The combination of economic pressures and the London 2012 Games has meant that we have seen different travel patterns this year. For example, the traditional European summer close-down for business kicked in earlier this year as all eyes turned to the Olympic celebrations in London.

In the current climate we recognise that many of our business clients have tough decisions to make about their choice of travel class, which is why we are focusing our investments in our fleet, product and stations to show that we are committed to offering our Business Premier customers exceptional levels of flexibility, service and value.

BTN: How is the £700 million overhaul and redesign of Eurostar’s trains going? When will this be completed?

DW: We’re making a £700 million investment in our fleet. This investment includes the complete overhaul and refurbishment of the existing fleet of Eurostar trains to a design created by Pininfarina, the world-famous Italian design house renowned for its iconic car designs. In addition, we have purchased 10 new trainsets from Siemens, which will complement our existing fleet to ensure we can provide the best possible service to our passengers.

When the refurbished trains and the new Eurostar e320 trains come into operation in 2013 and 2014 respectively, the fleet will be equipped with the most advanced wi-fi and on-board ‘info-tainment’ on any train in Europe. 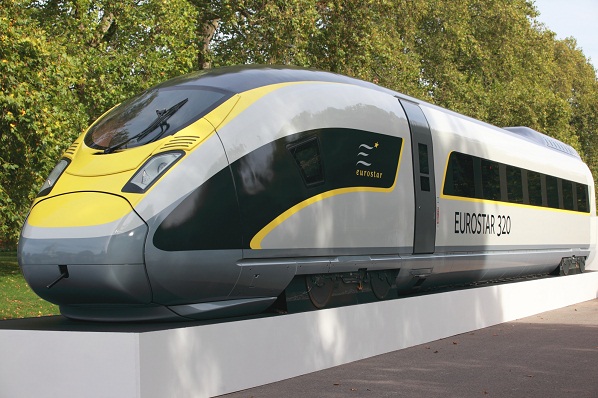 The new Eurostar e320 trains will come into operation from 2013

With capacity to carry more than 900 passengers including their luggage, the new Eurostar e320 will also have 20 per cent more seats than the existing Eurostar trains, which carry 750 travellers.

BTN: Can you discuss some of the new innovations and entertainment enhancements that passengers can expect to benefit from once the upgrade is complete?

DW: The new Eurostar fleet will be equipped with some of the most advanced wi-fi and on-board infotainment options on any trains in Europe. This includes real-time travel and destination information, as well as interactive entertainment including video-on-demand, music and news-feeds.

BTN: What new emerging markets do you hope to tap into in coming months? (eg. BRICs)

DW: Travel on Eurostar continues to be a major attraction for international travellers coming to London with the number of passengers originating outside Europe growing by 11% in the first half of 2012 compared with last year. This was driven in part by a strong increase in the number of passengers originating from the BRIC countries as well as US and Australia who see a trip on Eurostar as an integral part of the European tour.

Our focus for the rest of the year and 2013 is to ensure that this trend continues and that travellers from across the World see that London, Paris and Brussels are fantastic cities to visit and that it’s easy to travel between them by high-speed rail.

BTN: What will be the main challenges for Eurostar over the next 5 years?

Our new Eurostar e320 trains will be ‘interoperable’, which means they are capable of operating across the European high speed rail network. We’re also working hard to build awareness of the possibilities of travelling to destinations further afield by high-speed rail. This is a huge priority for our business and we’re working closely with our infrastructure providers and rail partners to optimise the high-speed rail experience.

DW: In 2010 our business transformed from a partnership into a single, unified corporate entity with ambitious growth plans and an increasingly international outlook. To underpin this new direction we wanted a creative agency that can execute our brand strategy consistently across all of our communications as a well as from a local perspective.

During the pitch process AMV BBDO and their partner CLM BBDO showed they were best equipped to deliver against this objective and they demonstrated a real understanding of the market, the opportunities and the challenges we face. They are a great fit for us and with the first of our work with them due to appear next month, you will see an exciting new direction for our marketing over the coming months.

Eurostar was named World’s Leading Rail Service by the World Travel Awards in 2011.