In part one of this exclusive interview, Hon McNeill discusses Jamaica’s incredible sporting achievements and what they have meant for the destination as well as Jamaica’s 50th anniversary of independence celebrations.

Tune in to Breaking Travel News next week for part two of the interview which looks at Jamaica’s latest tourism developments, marketing campaigns and priorities for the new minister in Jamaica.

Breaking Travel News: Jamaica has had an incredible run at the Olympics, topped off by the 200m sweep last night. Just eight months into your appointment as Minister, how have the London 2012 Games been for you?

Hon Wykeham McNeill: The Olympics have been really marvelous for Jamaica. Apart from the Olympics themselves we have been engaged, along with other Government agencies, in putting together Jamaica House which is being hosted at the 02 Centre.

This has been a place for everyone to gather; Jamaicans in London, diaspora and visitors from all over the world have come to Jamaica House to watch the Olympics with us. It has been a fabulous experience; we have been hosting seminars and meetings. It has been very productive. 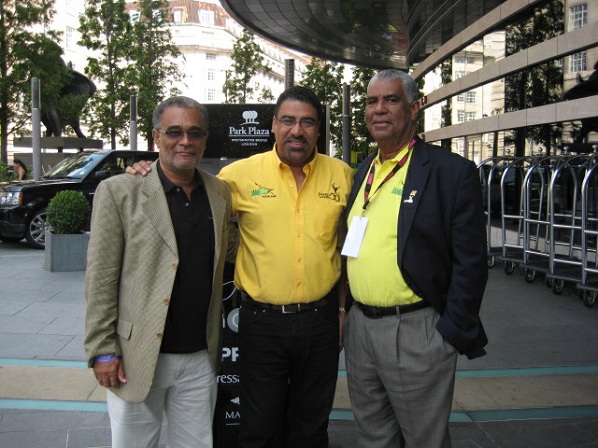 BTN: How have you marked Jamaica’s 50th anniversary of independence?

WM: I don’t think we could have had a better birthday present than what our athletes have given to us on our 50th anniversary. At the Jamaica House, on Monday August 6th – the day of independence, we had a flag raising ceremony at the O2 and there were thousands of people who turned up - lines of people who came to celebrate. There was a great outpouring, it was magnificent.

BTN: How have the celebrations gone in Jamaica?

WM: I think the celebrations are going to go on for a long time. There is a mood in the air and everyone is happy and elated. I think above all, when you have an anniversary like this - a Jubilee - you tend to have a period of a reflection. You reflect on the things you have done well, the things you could do better and plan for the way forward. But at this point in time, for us to be celebrating the Olympics and the achievements serves as a poignant reminder that we have not done that badly, that we have made a stamp on the world. And last night to have got the one, two and three, was amazing.

I think even more so it is not just the performance of the athletes, but their personalities, their characters that shine through. And so everyone is happy for us and there is a sense of euphoria.

BTN: Usain Bolt has charmed the world with his athletic ability, personality and humility. What has this done for Jamaica’s profile as a destination?

WM: There is no doubt about it. Everywhere you go in London and across the world now, you see our athletes. Bolt of course is the flagship. But Shelly-Ann, Yohan - all wearing Jamaican colours and flags, it really puts Jamaica on the front page. And quite frankly I think we probably will be seeing the results for years to come. The advertising campaign we were running prior to the Olympics in London featured Bolt.

BTN: As a medical doctor, do you have any theories on why Jamaicans can run so fast? Is it nature or nurture?

Everybody speaks about it and there are a lot of theories, I suspect we will never have a definitive answer, but it could be a genetic thing. We do have a lot of Jamaicans who have come to Great Britain or the States and they perform or reach a pinnacle. Some persons would say it is to do with how we view sports in Jamaica. We have a college dedicated to training our coaches and trainers and they churn out very competent and proficient coaches. So our youngsters from a very early age have extremely good technique, especially in track.

As well as that, because of the culture of sports in Jamaica, we have competitions, so there is a great competitiveness. By the time you get to high school championships you get young athletes competing against the best, lifting those standards. So that is another element of it.

And then people talk about the food – I’ve heard it go as far as the yam. It could be a number of those things or any. 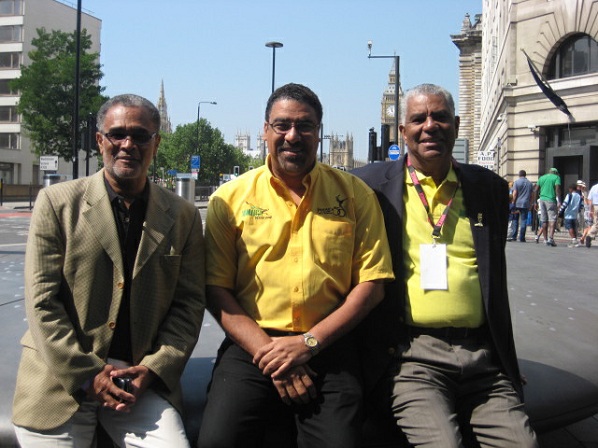 BTN: Is there more scope for these tremendous sporting triumphs impact on your tourism campaigns going forward?

Bolt has been involved in the advertising campaign. We are looking at our product in terms of cultural heritage and we want to do more product development that centres around our athletes, whether it is a sports museum, so the visitors can come who are interested in this area and see the history of our sporting prowess and come up their own theories as to why we have done so well.

There was a great discussion I had the other day which was really very interesting. Someone asked me who is greater, who has had a greater impact on the world; Usain Bolt or Bob Marley.

Here you had a man who has the song of the century and was up against Elvis Presley and the Beatles. He died in 1982, thirty years ago and yet he lives on in such a strong way. Now Usain Bolt has come and captured the world now. It is just so great that Jamaica was given Bolt and we have to showcase him.

Here’s an athlete who has such an impact, not just because he is a great athlete, but the personality shines through. Kids want to grow up to be like Bolt. He has been good for Olympics and for track athletics.

Meanwhile Marley’s songs were used in Africa when they were fighting for liberation. He had such an impact on people and society. It’s the impact that lives on because it wasn’t just the music, the words were so powerful. They were words that seem to be timeless.

Log on to Breaking Travel News next week for part two of the interview which looks at Jamaica’s latest tourism developments, marketing campaigns and priorities for the new minister.

Jamaica is considered the World’s Leading Honeymoon Destination by the World Travel Awards.