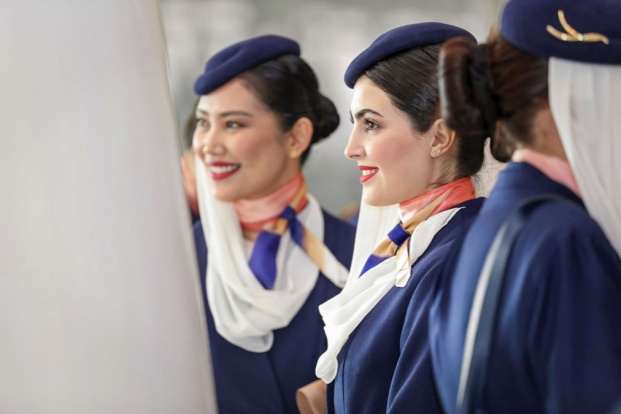 Saudi Arabian Airlines has announced the rollout of its new cabin crew uniforms.

The designs feature a refined, new take on the attire designed for all members of the hospitality team onboard.

The flag-carrier of Saudi Arabia will preview of the new uniform on its Paris Charles de Gaulle and London Heathrow routes, with plans to add the rest of the route network before mid-next year.

The unfolding of the new cabin crew overall look and image comes as part of the cabin enhancements and hospitality additions.

The new uniforms feature a colour palette that includes shades and hues of purple, beige, gold and royal blue.

Arabesque designs and accents feature all throughout defined touches, from the pins to the ladies’ scarf, fabrics, signature blazers and more.

Inspiration from the nation’s culture and landscapes influenced the new designs, encompassing the heritage, colours and identity of Saudi Arabia.