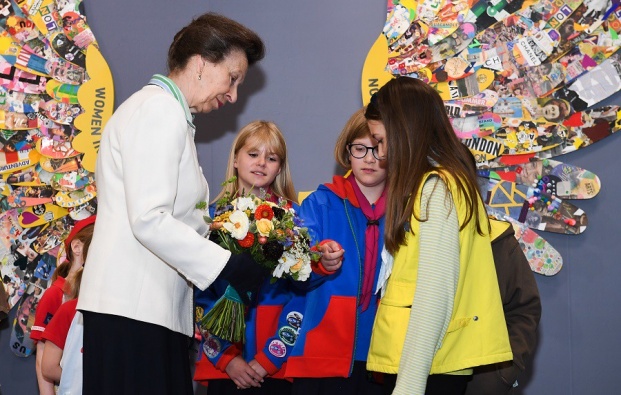 During the tour, she shown the newly transformed terminal, including the airport’s redesigned arrivals area where a band new mural was unveiled.

The mural creates a set of wings with each feather representing every woman who works at London Luton Airport.

The mural was presented to her royal highness the Princess Royal by a group of local Girl Guides, Brownies and Rainbows.

She also met women who work across the airport and met with members of the airport’s protective security team, and their dogs.

Her royal highness was given a tour of the airport’s control tower, retracing her steps of 24 years ago, when she came to mark its completion in 1995.

Commenting on the visit, Alberto Martin, chief executive of London Luton Airport said: “We were delighted to welcome Her Royal Highness to the airport.

“The visit was a fantastic opportunity to celebrate the transformation of the airport, and it’s a testament to the hard work of all our staff that the airport is as successful as it is today.”