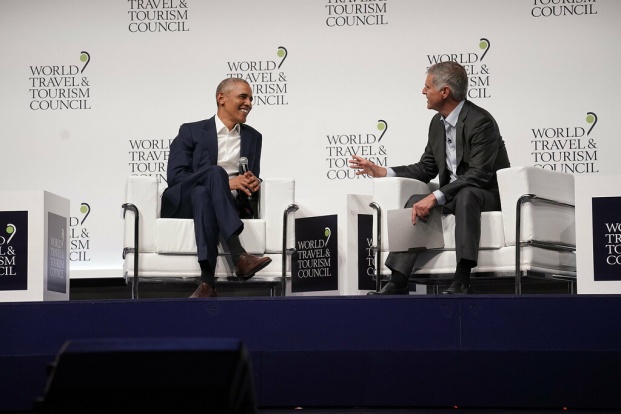 Under this successor, the United States has sought to distance itself from globalisation and open borders.

“Whether it is Brexit in the UK, the political upheavals that have happened in the United States, or some of the surge in populism in continental Europe, all of those are not just reactions to economic changes but also a reaction to people feeling that their status is being eroded or the assumption of what their country is being undermined,” he said.

“The response is either put up genuine walls or metaphorical walls in order to preserve what they think they have.”

One of the regular complaints from the private sector is that the tourism industry is ignored by governments.

“I think making the case to governments and leaders about the economic benefits and values of tourism obviously is the easiest way to get their attention.

“There is no government or leader on the planet right now who is not thinking about how I make sure that the economy is growing, and people are gainfully employed,” he said.

Being clear and coherent about what governments can do to help, or speaking out if they are doing something that is hindering tourism, is also crucial, he added.

“Having a clear agenda is important.

“With all the things that governments have on their plate, narrow it down and make it simple.

“The more specific and clear the industry is about a problem, the more likely it is to be solved,” he concluded.

Every year, WTTC, which represents the global private sector of tourism, holds its Global Summit in a different city around the world.

The 2019 WTTC Global Summit will take place in Seville, Spain, and will be hosted by Ayuntamiento of Seville, Turismo Andaluz and Turespaña.