W London – Leicester Square has unveiled a multi-million-pound transformation of all 192 guest rooms and suites.

At the same time, the hotel has partnered with artist, Jack Irving, to create a one-of-a-kind ‘techorative pillow’, along with a range of immersive in-room experiences.

“W Hotels has consistently been at the forefront of innovation – reinventing and rewriting the rules of hospitality wherever the W sign lands,” said Jenni Benzaquen, vice president of luxury brands, Europe, Marriott International.

“The transformation of W London – Leicester Square merges the latest technologies in hospitality and the music industry with boundary breaking design, offering our guests the ultimate experience in-room, in our newly renovated public spaces.”

The hotel has also rolled-out DigiValet technology, a tablet-based system which allows each guest to be in control of their stay right from check-in.

A user-friendly tablet controls the in-room temperature, lighting and media, including personal streaming services, at the touch of a button.

Global music-lovers can tune in to hear what’s playing in real time at any of the 55 W Hotels worldwide through advanced music technology by Soundtrackyourbrand. 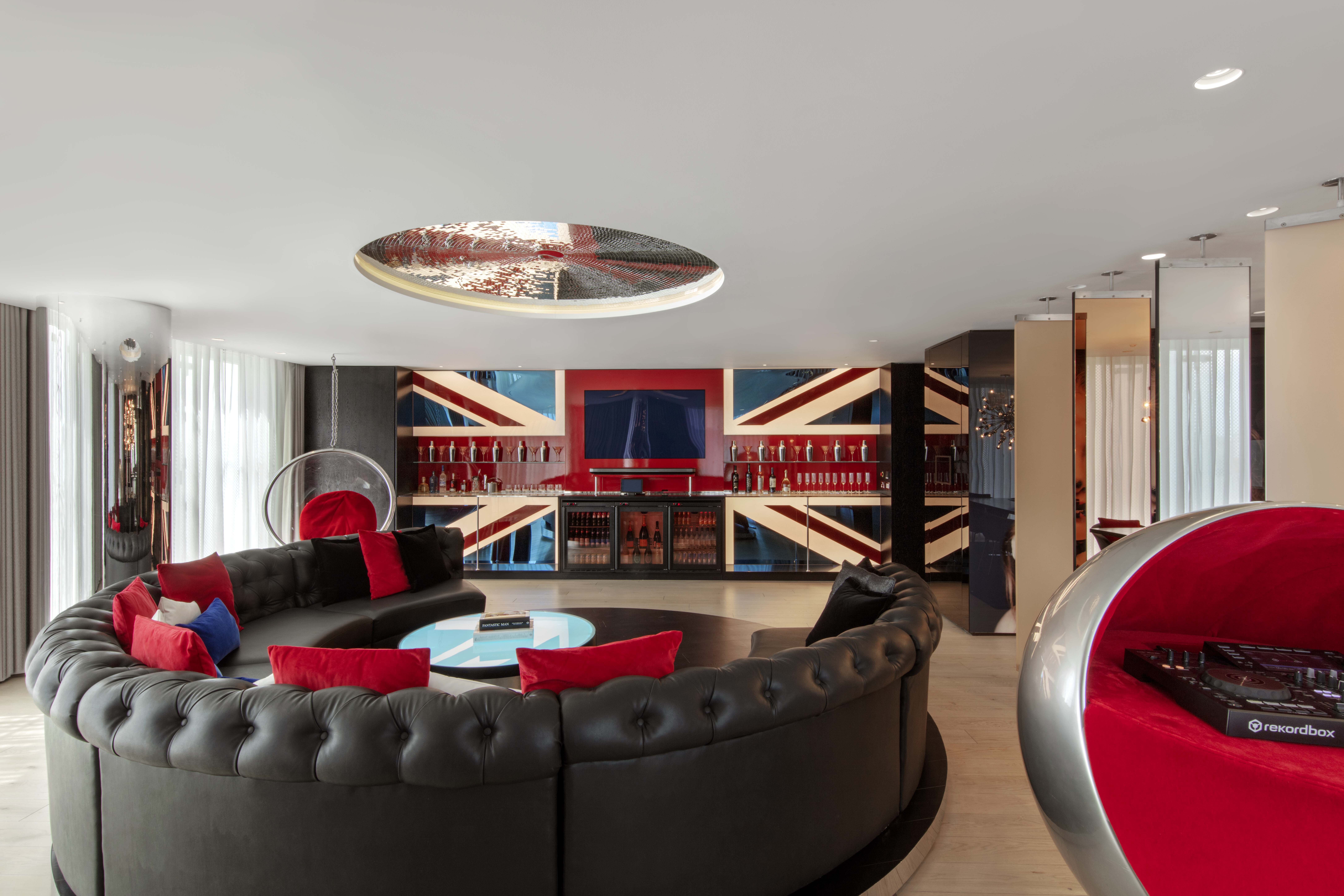 Each of the property’s 192 rooms, including 28 suites, has had a bold makeover.

Designed by renowned architects, Concrete, and kitted out by Krause Architects, the rooms have benefitted from structural upgrades along with new feature walls, refreshed furniture and atmospheric lighting.

This renovation completes the hotel’s full transformation, following the redesign of the hotel’s bar and lounge, the Perception at W London, in 2017, and makeover of the hotel’s luxurious oasis, the Away Spa, in 2018.

“Over the years, our guests have made it clear that they want innovation, as well as both fashion and function, from their hotel room,” said Martijn Mulder, general manager of W London - Leicester Square.

“The new room design is just that- substance, as well as that inimitable W style. 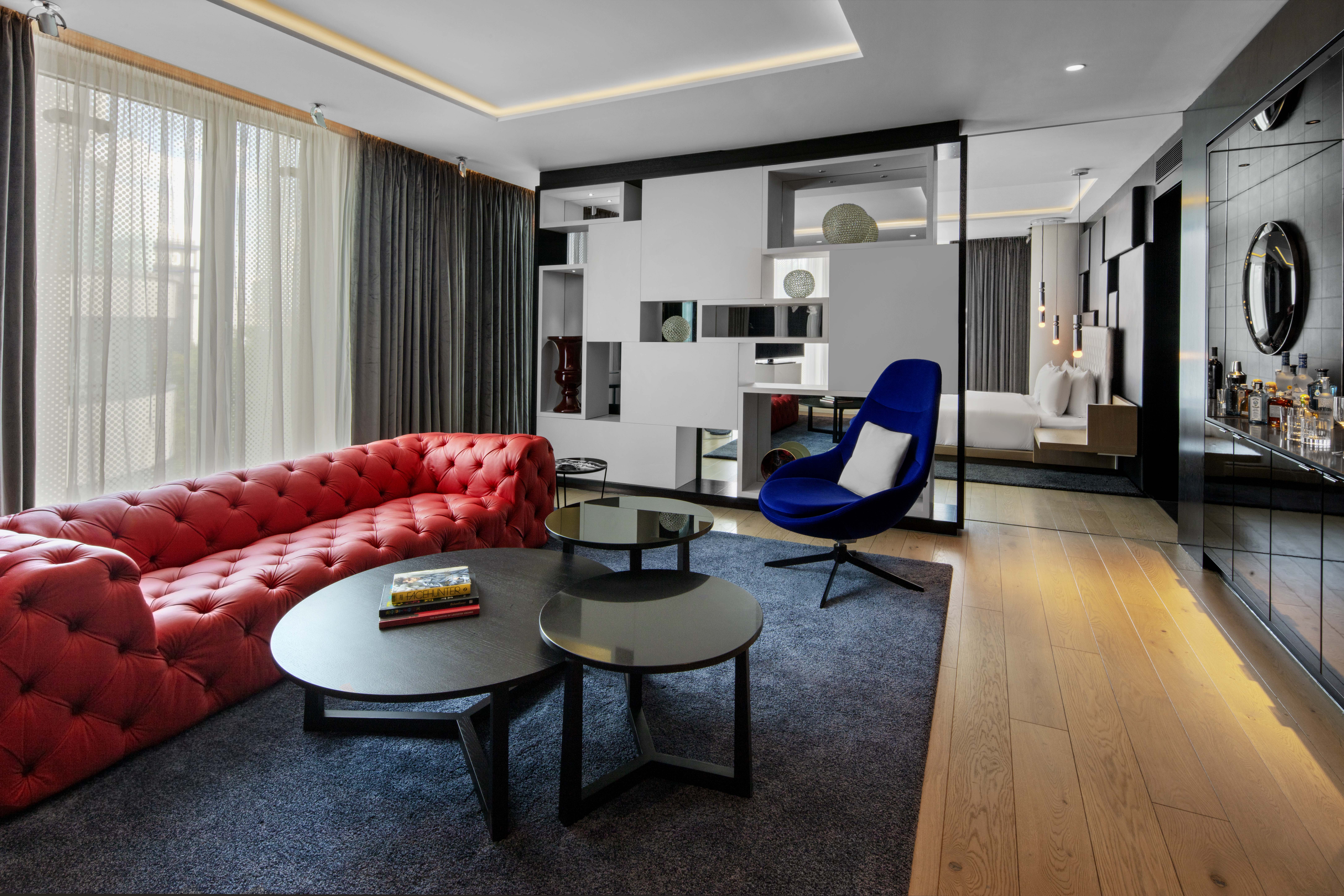 At the same time, W London has teamed up with fashion fantasist, Jack Irving, to create a limited-edition ‘pillow’ collection.

Best known for his eye-catching designs injected with a shot of engineered technology, Irving has dressed the likes of global superstar Lady Gaga.

Taking inspiration straight from the catwalk and remixing it with the bold attitude of W London, the spiked pillows, available in every guest room, appear muted to the naked eye until they are brought to life through the click of a camera flash.

Through the lens, the smart fabric transforms into an iridescent masterpiece.

“It’s amazing to be working with W London for my first interiors collaboration, as the hotel’s unmistakable bold identity is a perfect match for my avant-garde designs,” said Irving.

“When set with the task, I took inspiration from Soho’s creative energy and W London’s irreverent attitude, to create a unique statement piece that unites the hotel fabulous new room design and upgraded functionality.”

The limited-edition pillow by Jack Irving and new Mini Mega Bar will be available to experience in all 28 suites from mid-June and will be rolled out to all guestrooms later this summer.

Just don’t try and rest your head on it!