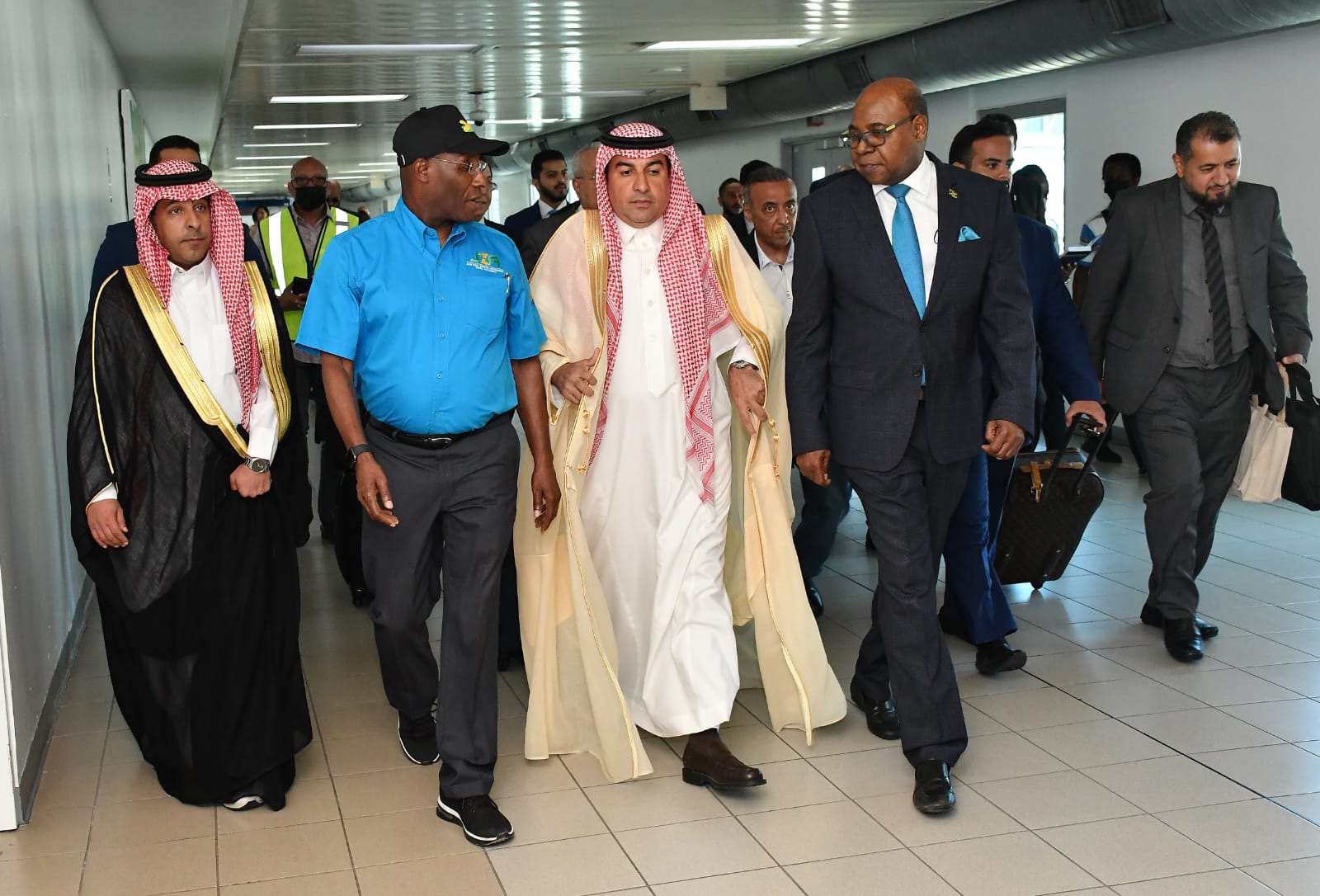 Prime Minister, the Most Hon. Andrew Holness has listed tourism as one of Jamaica’s key investment priorities.

While addressing a special delegation of some 70 private sector players and government officials from Saudi Arabia, at the Jamaica-Saudi Business Luncheon held at the Port Royal Cruise Ship Pier yesterday (July 8), the Prime Minister said there are many opportunities available in Jamaica for the acquisition of lands to build hotels and resorts.

Making special mention of Portland and Westmoreland, Prime Minister Holness indicated that particular attention is being given to these parishes “to develop a new type of tourism which we would describe to be low in terms of density but high in terms of value and quality.”

Mr. Holness added that he “would like to see investment in those areas” which include bays that can be “converted for the use of cruise shipping activities.” He also made mention of Port Antonio, which he feels is “rich with history, culture, and has potential for development.” The Prime Minister noted that he would like to “attract investments there” as well.

He also noted that more investments could be made in Port Royal to leverage the history of the town.

Meanwhile, Minister of Tourism, Hon. Edmund Bartlett and Minister of Industry, Investment and Commerce, Senator, the Hon. Aubyn Hill said they are grateful for the interest that the delegation from Saudi Arabia has shown in Jamaica.

Members of the delegation have indicated that they are particularly interested in tourism opportunities, among other areas. Deputy Minister for Investors Outreach for Saudi Arabia, His Excellency Badr Al Badr said “the Caribbean has become a priority zone for investment and business partnership for Saudi Arabia,” stressing that “Jamaica has the third largest economy in the region.”

The visit by the delegation follows a series of meetings between Minister Bartlett; Minister Hill and Minister of Tourism for Saudi Arabia, His Excellency Ahmed Al Khateeb, during his visit to Jamaica last June. The delegation, which is the largest group of investors to ever visit Jamaica from the Middle East focused on areas such as logistics, agriculture, tourism and hospitality, infrastructure, and real estate. They also examined different investment options in the corporate area, Montego Bay, and other parts of the island. The delegation is set to leave the island today (July 9).