Jamaica-born English footballer, Raheem Sterling, will be the face of the Caribbean destination in the United Kingdom and Europe as the country celebrates its sixtieth anniversary of independence.

The footballer, who has kept a close relationship with his Maverley community in St Andrew where he was born, returned to the island to launch a number of game-changing projects this week.

Sterling is in Jamaica as part of a visit by the Duke and Duchess of Cambridge.

Speaking about his new role, Sterling said: “I’m so honoured to be Jamaica Tourist Board’s tourism ambassador in Europe during such an important and exciting year for the country.

“I’m proud to have been born in Jamaica and I can’t wait to spread the word about what a wonderful place it is.” 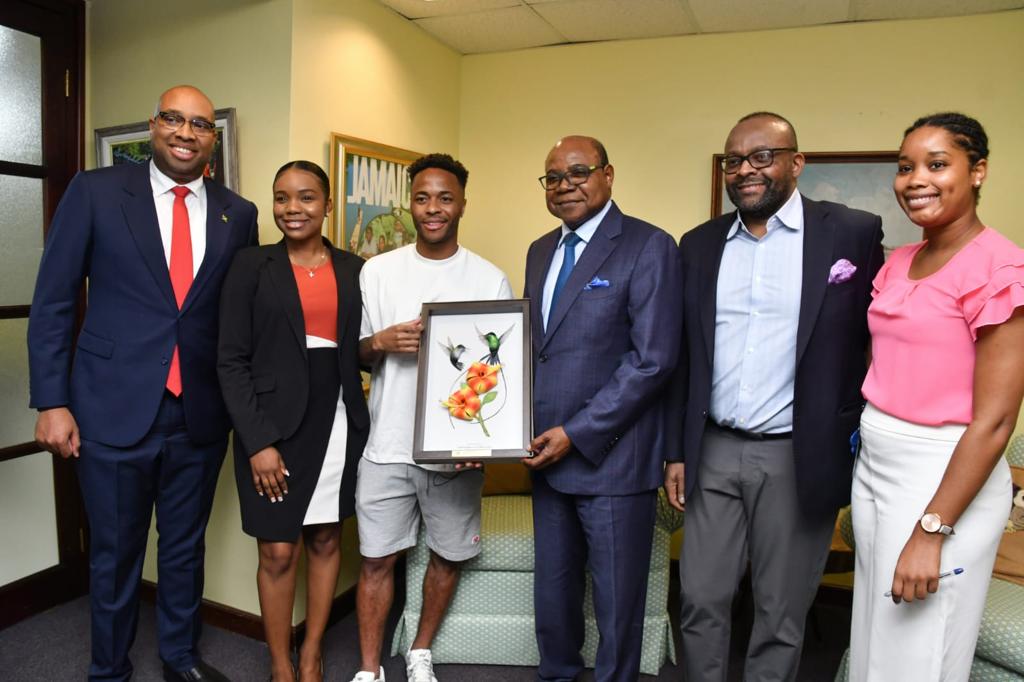 Sterling signed off on a verbal agreement with the minister and his team at the Jamaica Tourist Board during a call at the New Kingston offices.

According to officials, Sterling will represent destination Jamaica through various engagements and public relations opportunities as the sixtieth-anniversary celebration starts.

“The island and its unique culture have always played an important role in Sterling’s life and so he is the perfect person to represent the destination during its diamond year of celebrations,” Bartlett stated in a release.