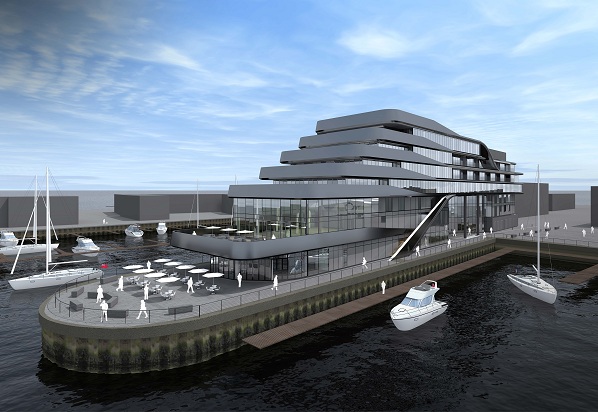 Nicolas James Group has said preliminary work is now underway on the development of its new Southampton Harbour Hotel & Spa at Ocean Village.

The start of the development marks a major milestone for the city, introducing Southampton’s first luxury five star standard hotel.

Enabling works and setting out are now underway, with construction due to follow in the next few months.

The anticipated works program will then run for approximately 18-24 months.

Joining the Harbour Hotels portfolio, which currently features five premium hotels across the south west, the hotel will become the brand’s flagship property.

Mike Warren, Managing Director of Harbour Hotels, commented: “We are delighted that preliminary work is now underway for this exciting project.

“We are very confident that the hotel and its facilities will prove a fabulous addition to Southampton, boosting tourism and becoming a destination of choice for city-dwellers and visitors alike.”

A crucial boost for Southampton, the hotel will include 85 bedrooms, an indulgent Harbour Spa, with gym and swimming pool, along with the group’s award-winning Jetty restaurant concept, featuring a luxurious rooftop Champagne Bar.

The ground floor is set to include a large open plan lounge, restaurant and bar, which will extend out onto a terrace at the end of the existing promontory.

The hotel will also feature private moorings for its seafaring guests.

Set to be a welcome addition to the city, the hotel will have a number of flexible function rooms and will become a popular attraction during the annual Southampton Boat Show, offering additional restaurants and facilities in a waterfront setting.

Alongside the hotel, the Nicolas James Group is developing 100 luxury residential apartments for sale, with water views and exclusive use of the hotel’s Harbour Spa.